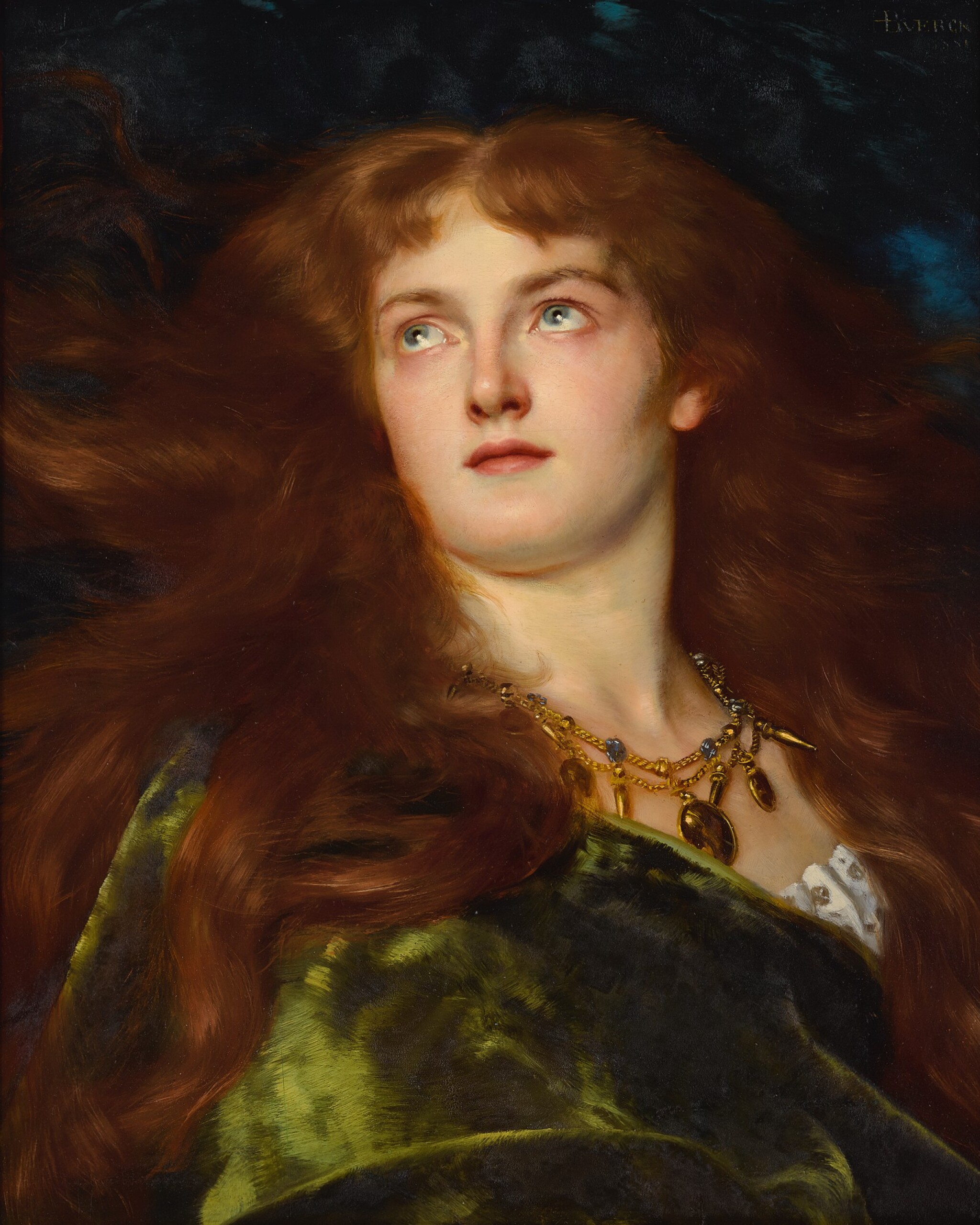 While little is known of the life of Heinrich Bürck, works like the dramatic Valkyrie illustrate his ability to utilize his training as a history painter to capture themes popular in the late nineteenth century. Bürck took up his studies under the history painter Theodor Grosse (1829-1891) at the Academy of Fine Arts in his hometown of Dresden, then moved on to study under the Belgian artist Wilhelm Pauwels (1830-1904) in Antwerp. Under Pauwels the artist undoubtedly studied the Flemish masters, and the decadent green velvet cloak in the present work recalls the sumptuous fabrics depicted by the likes of Jan Gossaert and Pieter Bruegel the Elder. Bürck then returned to Germany to study under the realist painter Karl Gussow (1843-1907) in Berlin, a teacher who evidently refined his student’s handling of paint and delicate brushwork.

The subject of the Valkyrie is inseparable from Richard Wagner’s popular opera Die Walkürie, which premiered at the National Theatre Munich in 1870 to instant acclaim. Originating from Norse mythology, the Valkyrie were female warriors who served the god Odin by determining which of the fallen soldiers on a battlefield were worthy of a blissful eternity in Valhalla. As a woman who had the power to decide the fate of man, the Valkyrie lends herself well to the trope of the femme fatale, the sensual subject favored by the Pre-Raphaelites. Set before a vast night sky, the figure’s windswept, wild red hair relates to the seductive subjects portrayed by Dante Gabriel Rosetti (1828-1882) and Edward Burne-Jones (1833-1898). The Victorian collective celebrated feminine beauty in their paintings, but with an underlying caution of the “dangerous” pursuit of a seductive woman. While incorporating details from various sources and visual culture, the rich detail and powerful mystery of the Valkyrie is a personal evocation of the Bürck’s talents—which at the time of the present work’s completion he shared with his students as an assistant professor of painting at the Berlin Academy.