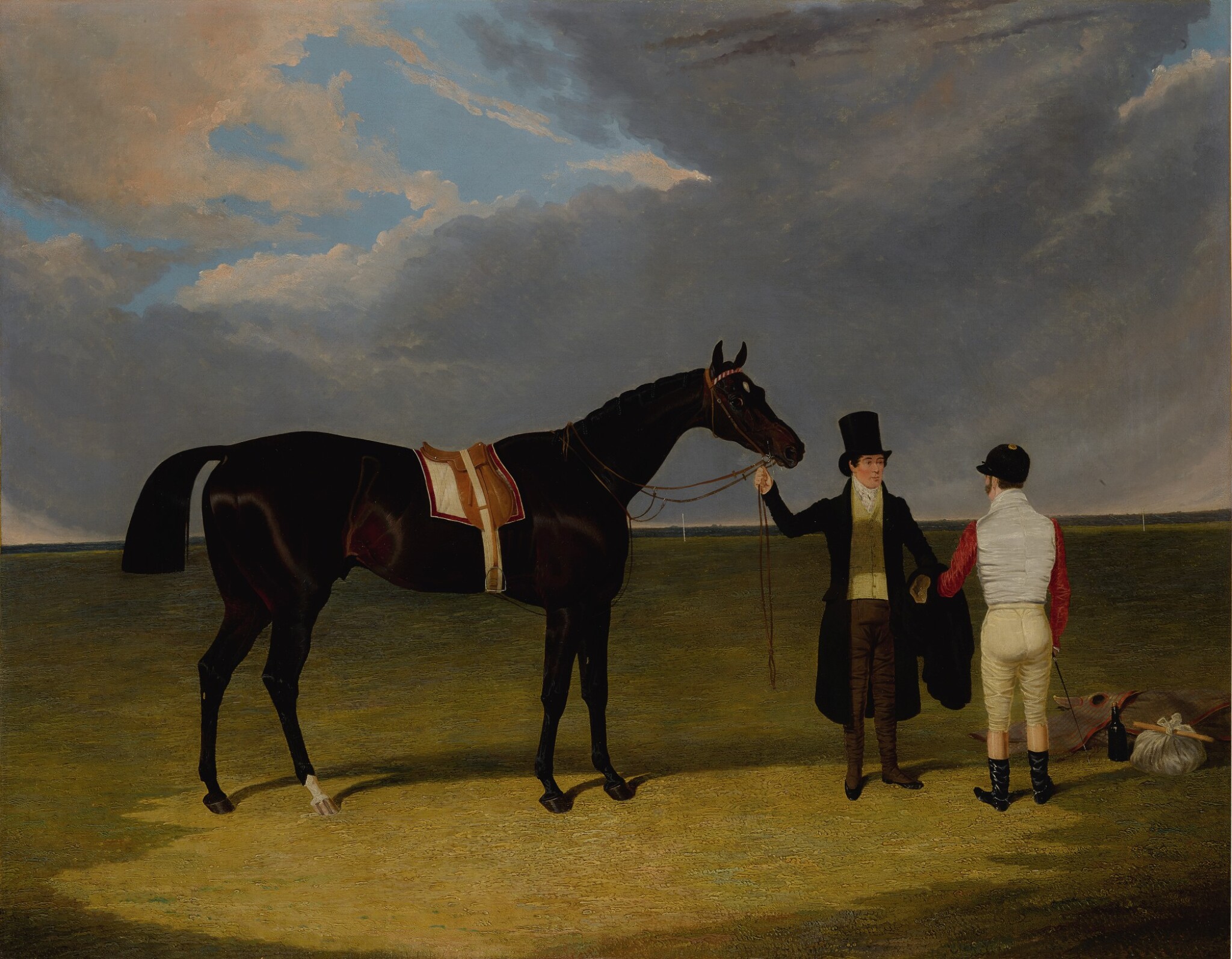 The following condition report was kindly provided by Simon Parkes Art Conservation, Inc.: Not examined out of the frame. This work is in excellent condition. The canvas has been lined with a non-wax adhesive. The paint layer is now slightly smooth, but it would not have been very textured originally. Under ultraviolet light, a few small retouches are visible in the haunch of the horse. A few other small retouches have been added in front of the rear legs of the horse. Some frame abrasion has been retouched around the extreme edges. No other retouches are apparent. The work should be hung in its current state.

With H.W. Sewening, London;
With Richard Green, London;
From whom acquired.
The Saddler, by Waverley out of Castrellina, was foaled in 1828 by Mr. Martindale of Chester-le-Street. The Saddler was the favorite for the 1831 Great St Leger Stakes, but lost by a head to Chorister, ridden by John Day. At the same meet he won the Doncaster Gold Cup, handily beating Emancipation, Rowton, Maria and Birmingham.

The present work sees The Saddler in a verdant field, his jockey visible only from the back. The jockey silks, with white body and red arms, resemble those of Patrick Connolly, a well-known Irish jockey who won each of the British Classics, including the 1,000 Guinea Stakes in 1831 aboard Galatine and the 1832 Epsom Oaks aboard Galatea. Connolly appears in the same silks in The Dead Heat for the Doncaster Great St. Leger, 1839.

Herring rivaled only Sir Edwin Landseer for preeminence as a painter of animals, becoming the appointed artist to the Duchess of Kent, in 1845 and, most notably, to her daughter, Queen Victoria. He painted thirty-three successive winners of the St. Leger, eighteen winners of the Derby, and countless other horses, whether as individuals or as part of racing groups. Over 500 of his works were made into engravings, which were as likely hung in country houses as tack rooms and brought the artist popularity and wealth.