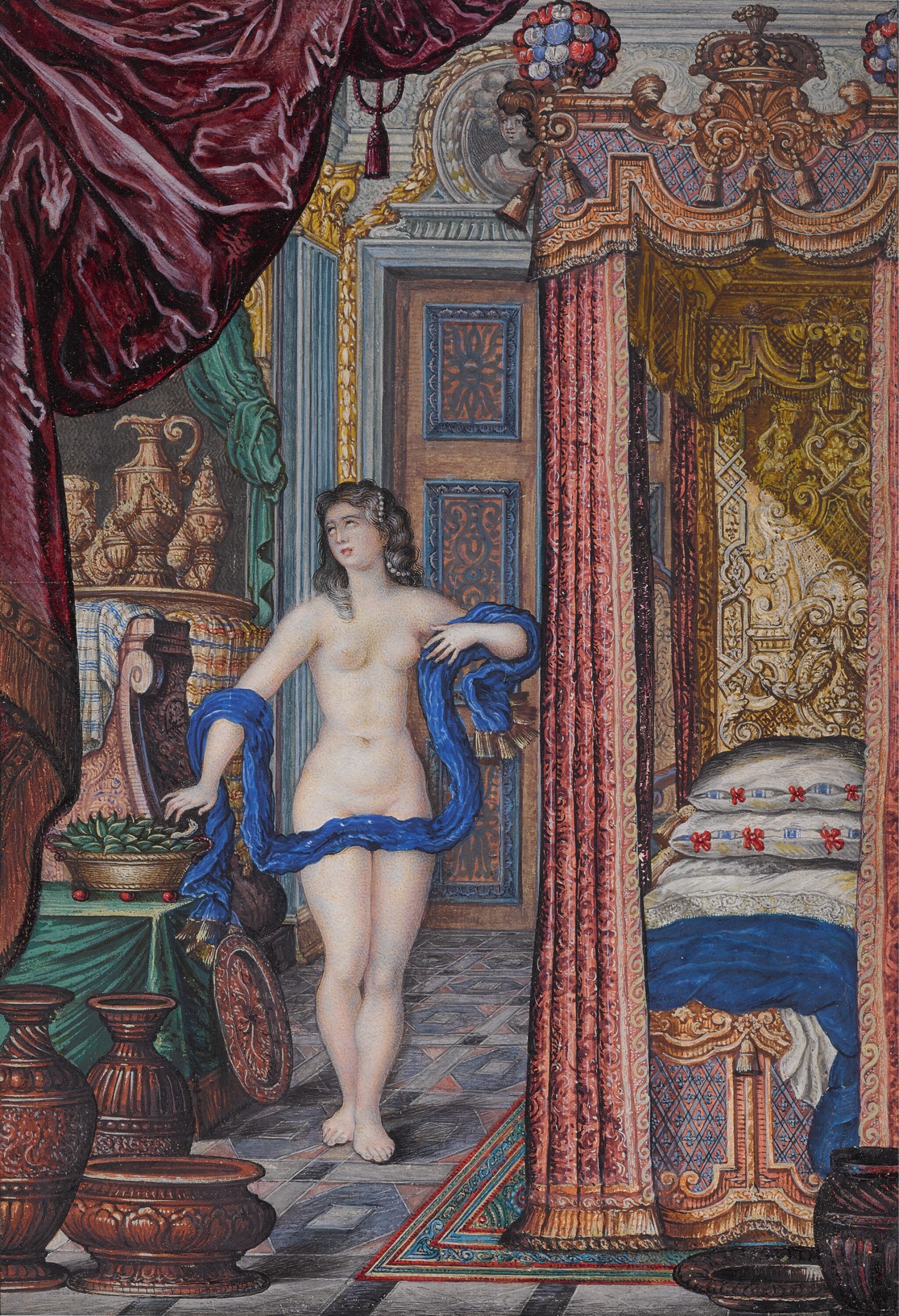 gouache on vellum laid down on panel

This is one of a small group of similarly executed gouaches, all drawn within the same type of decorative border, signed and inscribed in the same distinctive manner, with some bearing dates from 1663 to 1723. Details of the artist's life have previously remained obscure, but recently Dr. Charles Dumas has been researching this interesting figure.

Until now, the most significant known documentary record relating to Berents has been the page devoted to him in Christian Kramm's compendium of artists' biographies, De levens en werken der Hollandsche en Vlaamsche kunstschilders... (Amsterdam 1857, vol. I, pp. 90-1). Kramm describes an octavo album bearing the inscription: Handboek van den Heer Jacob Bherens, Miniatuur-schilder en Mathematicus, ter gedagteni te bewaren. 1747. 'S Haage. A previous owner of the book had written notes on the artist inside the front cover, recording that Berents was born in Hamburg in 1679. Dumas believes, however, that although this birth date is approximately correct, our artist was in fact born in The Hague, as the son of an immigrant from Hamburg, and was named Jan (or Johannes), rather than Jacob.

So far, Dumas has traced two paintings and some sixteen drawings and gouaches by Berents, to which can be added some 33 further drawings that are known only from notes in early sale catalogues and inventories. Many of these works are copies after paintings, prints, or maps by other artists, and Dumas believes that the present composition is also based on an earlier prototype, although no such work has yet been identified. This might also explain the fact that it bears a date (1663) which is a number of years before the artist is supposed to have been born; if the date refers, however, to that of the prototype, rather than to the date when the gouache itself was executed, there would be no contradiction.