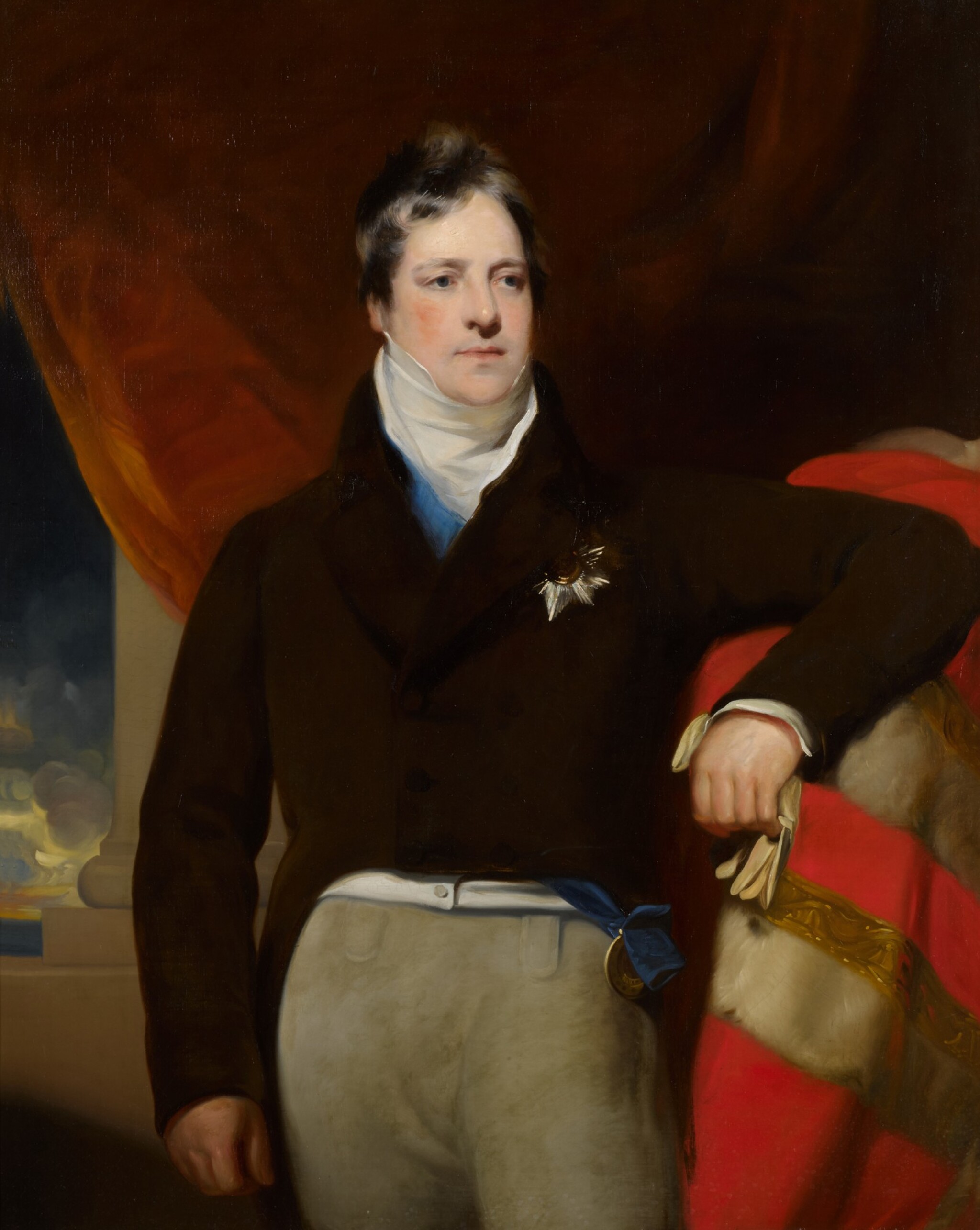 The canvas is lined and stable on its stretcher. The bold portrait image reads very well through a clear, fresh varnish. No retouching or repair is visible to the naked eye. Under raking light, a vertical repair of a possible tear is visible along the right edge but is not distracting. Under UV inspection, the varnish appears streaky and fluoresces unevenly, and may obscure older retouching. Some retouching is visible in the black parts of the costume and on the sitter's proper left hand, as well as to address craquelure around his hair. The painting has been well restored and should hang in its present state. Offered in an elaborately carved giltwood frame with artist nameplate.

John Loftus, 2nd Marquess of Ely (1770-1845), was a friend of Sir Thomas Lawrence's and an important political figure in both Ireland and England. He served as Lord of the Treasury for Ireland from 1800-1806, represented and governed County Wexford, and in 1807 he became a Knight of the Order of Saint Patrick. In 1810, he married Anna Maria Dashwood, later Marchioness of Ely, who was painted twice by Sir Thomas Lawrence between about 1805-1810, one version of which is in the Collection of the Fine Art Museum of San Francisco,1 the other of which is in the Art Institute of Chicago.2

The present portrait arose from within the Studio of Sir Thomas Lawrence, and it is of a high quality. That another studio version is known today at Tatton Park in England suggests the existence of a now-lost prime version.

The portrait of Anna Maria in the Art Institute of Chicago and the Portrait of John Loftus at Tatton Park were both sold in the 25 July 1891 sale of John Loftus, 5th Marquess of Ely, as lots 68 and 69 respectively.