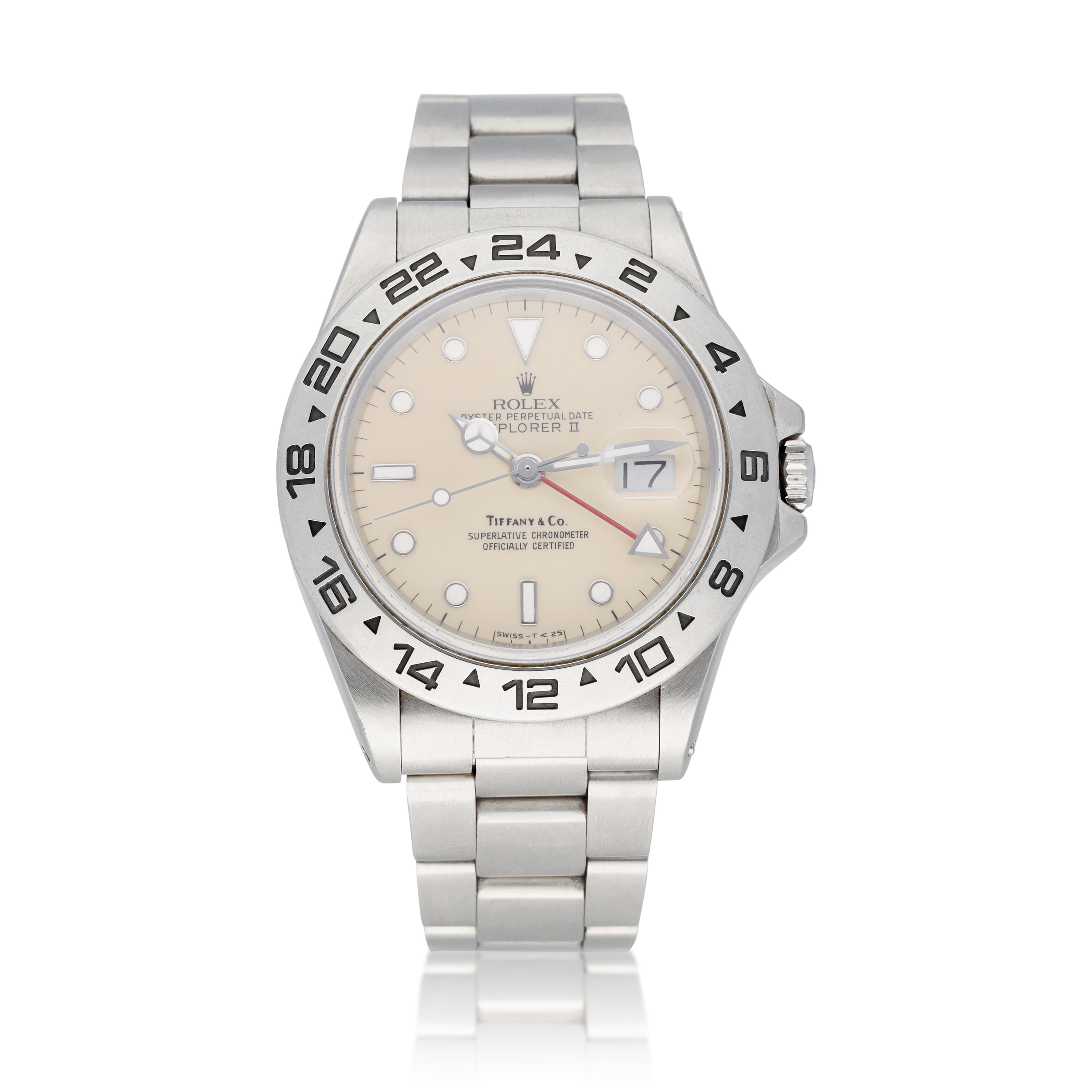 MVT: is running at the time of cataloguing and the date advancing.

CASE: in overall good condition chip to crystal at 9 ‘clock

Designed with a 24-hour bezel and a luminous 24-hour red “GMT” hand, the Rolex Explorer II reference 16550 is a watch that was produced to cater for cave divers who spent long periods of time in dark environments, who might not have daylight to help differentiate night-time from day-time. Manufactured for only four or so years in the late 1980’s it is one of the shortest produced references in the Rolex catalogue.

The present example of the reference 16550 features an uncommon 'rail dial' which refers to the spacing between the text "Superlative Chronometer Officially Certified", creating a visual break between the wording.

This watch is further distinguished by its double signed dial. This particular example is signed Tiffany & Co and incredibly sought after by collectors and comes from the son of the original owner, who purchased it in the late 1980’s at Tiffany & Co New York. In addition to this the dial has aged into a warm creamy hue due to the paint fault found across the white “polar” dials from this Rolex reference.

For a watch to have even one of these accolades is enough to interest any collector, but to carry an interesting text variation, a sought after dealer signature and a factory dial with a paint defect all in one piece is a real rarity and near unheard of.

A similar example of 16550 (without the rail dial variation) was sold by Sotheby’s in July 2020 in Hong Kong, as part of the Important Watches sale.