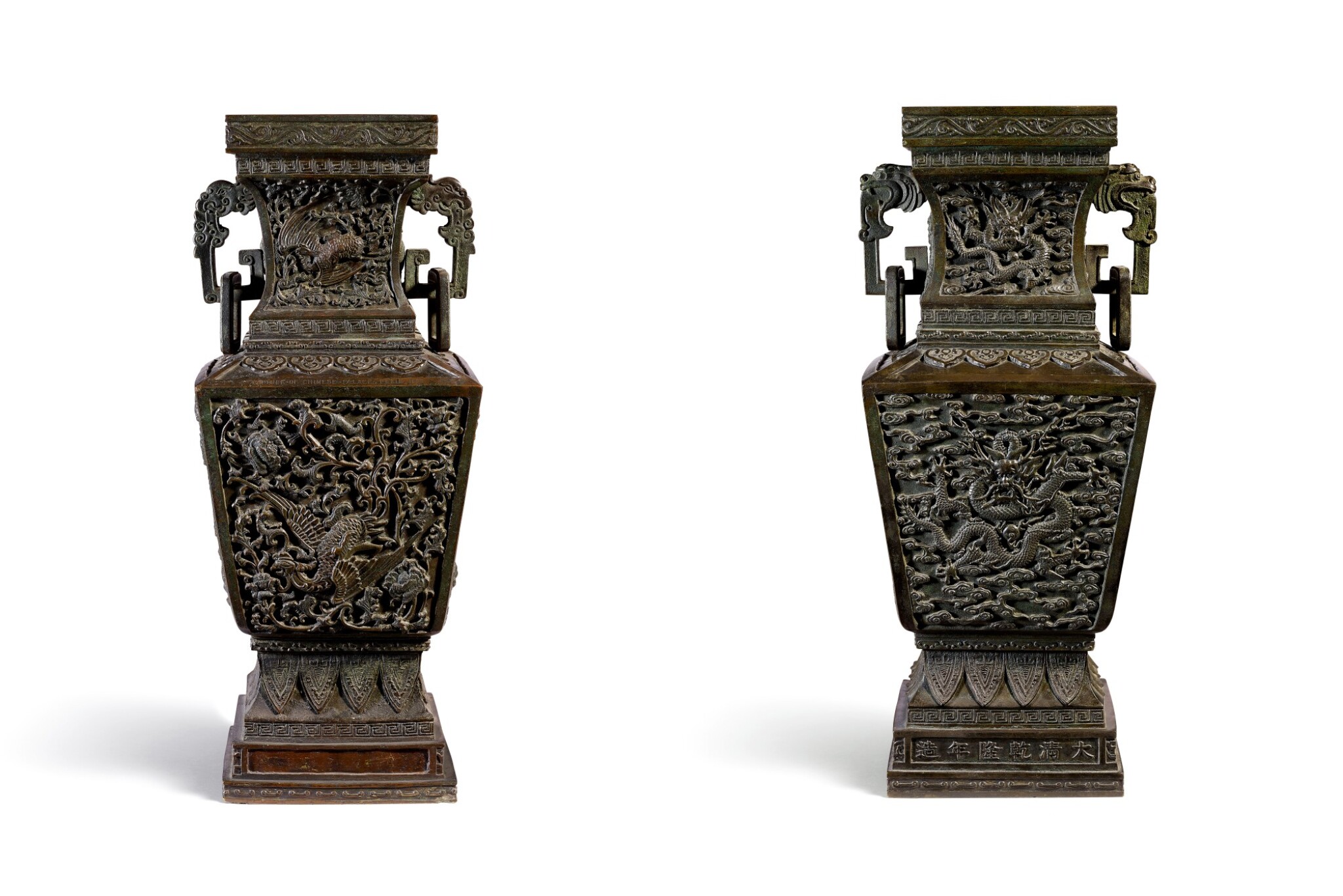 each of squared baluster form, the main body of tapering section with a broad angular shoulder, supported on a flared foot and square plinth, the waisted neck flanked by a pair of angular zoomorphic handles, each suspending a loose rectangular ring, the exterior skilfully cast on each side, one with a phoenix prancing amidst leafy peony scrolls, its long feathery wings spread out and tail fluttering, the other with a five-clawed ferocious dragon chasing a flaming pearl amidst swirling clouds, the designs repeated at the neck between keyfret borders and above a ruyi band at the shoulder, the mouthrim encircled by a classic scroll, the foot with a band of pendent foliate lappets above keyfret and classic borders, interrupted on one side by a rectangular panel enclosing a six-character mark (later removed from the 'phoenix' vase), the edge of the shoulder later engraved with the words 'capture of the Chinese Palace. Pekin. 1860', wood stands

Both vases are in extremely good condition with just traces of surface wear and minor oxidation. As visible in the catalogue photo, the mark on the phoenix vase is effaced.

Please note this lot is a Premium Lot. Should you wish to register telephone or absentee bids, or bid online on this lot, please contact the Bids Department. Please note online bidding is available for this premium lot for approved bidders.