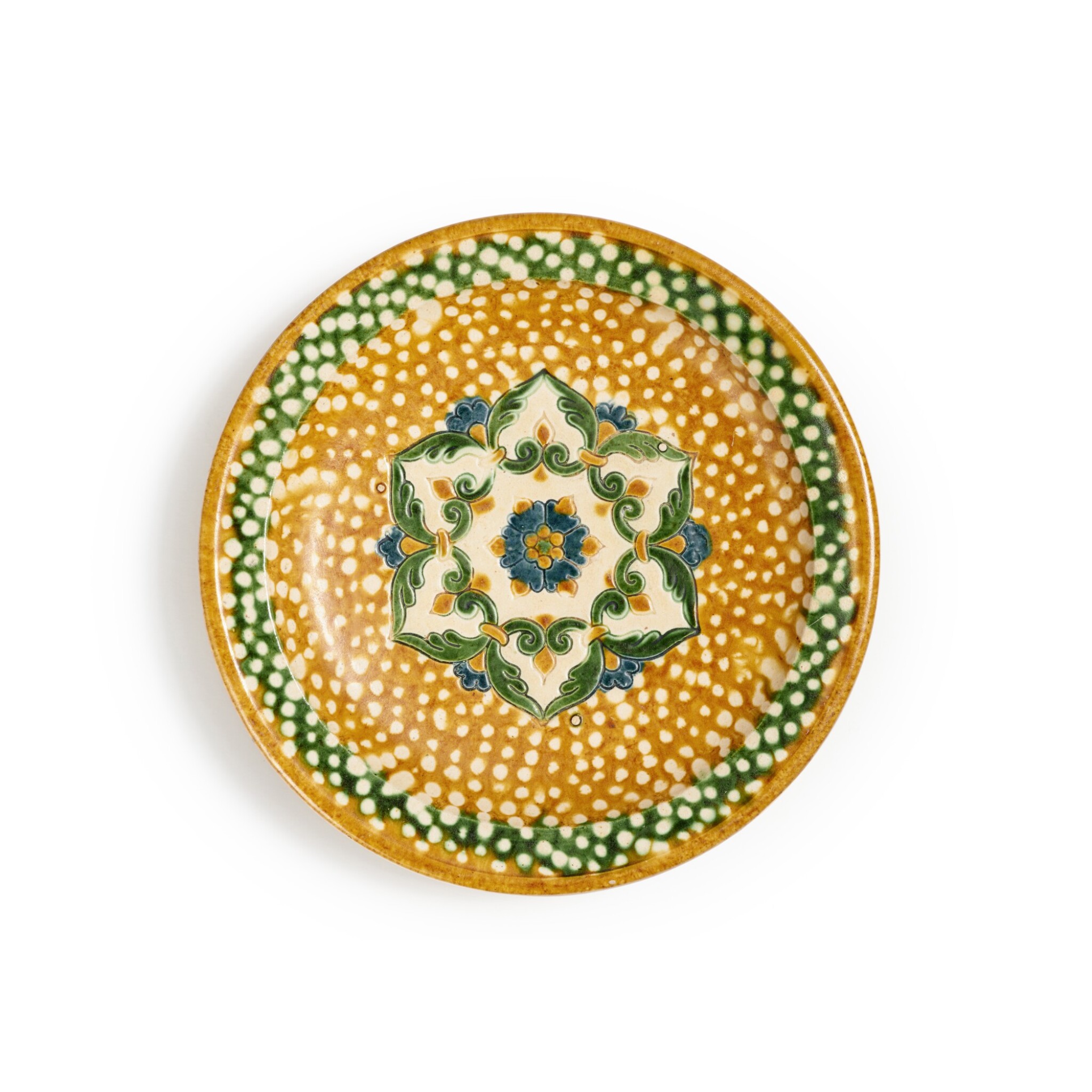 the shallow rounded sides rising to a flat everted rim and resting on three short cabriole legs, the center impressed with a cream, green, and amber-glazed hexalobed floral medallion with interlocking petals centering another stylized bloom, the details accentuated in cobalt blue, all against a splash-resist amber- and green-glazed ground, the base and legs unglazed showing the pinkish body

An area of overspray at the rim, likely concealing an approx. 2x5 cm section out and restuck and a filled chip apprx. 2 cm long. A small flake approx. 0.5 cm long at the center flower. Scattered surface wear.

The present dish combines decorative elements derived from contemporaneous textiles and metalwork. Margaret Medley notes that motifs like wax-resist dots, as seen on the rim and cavetto, developed out of Central Asian textile techniques such as tie-and-dye silks and fabrics with wax-stenciled resist designs, while the impressed flowerhead at the center was inspired by chased silver (see Medley, T'ang Pottery and Porcelain, London, 1981, pp 40-41). The use of supplementary motifs, contrasting glaze colors, and multiple techniques allowed the potter a wide range of decorative possibilities.

A very similar dish is published in Regina Krahl, Chinese Ceramics from the Meiyintang Collection, London, vol. 3, pt. I, 2006, pl. 1271. Another, with a plain green rim, was included in the exhibition Spirit and Ritual: The Morse Collection of Ancient Chinese Art, The Metropolitan Museum of Art, New York, 1982, cat. no. 54. For examples sold at auction, compare one sold in our London rooms, 1st-2nd April 1974, lot 26, and again 10th June 1986, lot 3; or a slightly larger example with an additional band of florets at the cavetto, sold at Christie's New York, 16th September 1999, lot 292.