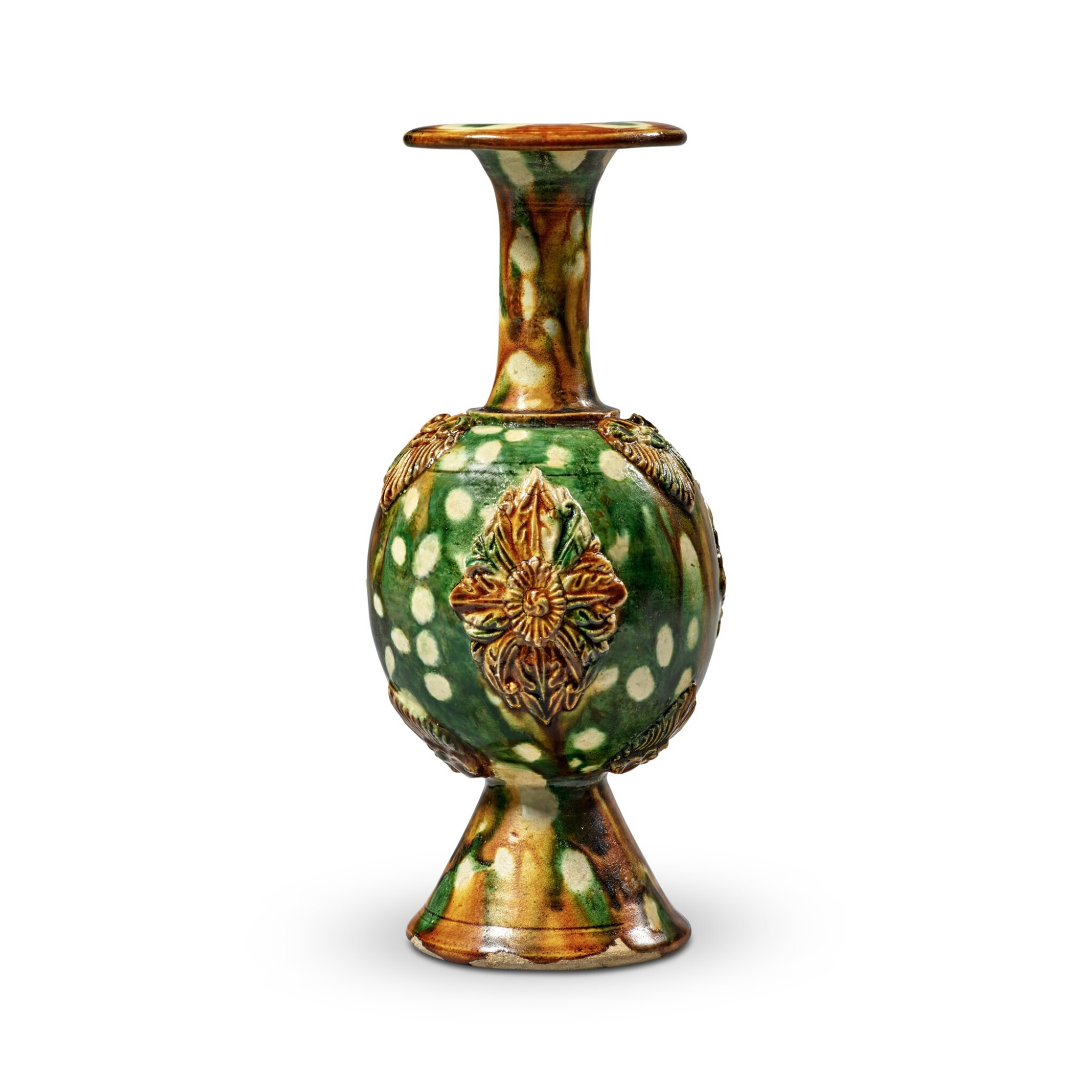 resting on a spreading conical foot and surmounted by a tall cylindrical neck flaring to a trumpet mouth, the ovoid body with amber-glazed floral-and-foliate appliques against a splash-resist green ground, the mouth with floriform splashes, the base unglazed to reveal the buff pinkish body

Restored from multiple breaks, with some sections infilled, and with considerable over-painting and overspray. The base with multiple sampling holes used for TL tests, including two in the center that are through the base.

The floral-and-foliate palmette appliques on this vase evoke the encrustation of precious metal objects with jewels and pearls. This decorative style began in the Northern Qi period and continued through the Tang dynasty, appearing on a range of media including textiles, ceramics, and silver. A similar vase was sold in these rooms, 4th July 1986, lot 36. Another sold at Christie's New York, 12th September 2019, lot 836.

A related vase, with three incised bow-string bands around the neck, is in the collection of the Tokyo National Museum, published in Sato Masahiko, et al., Ceramic Art of the World: Sui and T'ang Dynasties, vol. 11, Tokyo, 1976, pl. 43. See also one from the collection of Mr. and Mrs. Walter Sedgwick, included in the International Exhibition of Chinese Art, Royal Academy of Arts, London, 1935, cat. no. 2460, which features a ribbed molded neck.

The result of Oxford Authentication thermoluminescence test no. C121j55 is consistent with the dating of this lot.