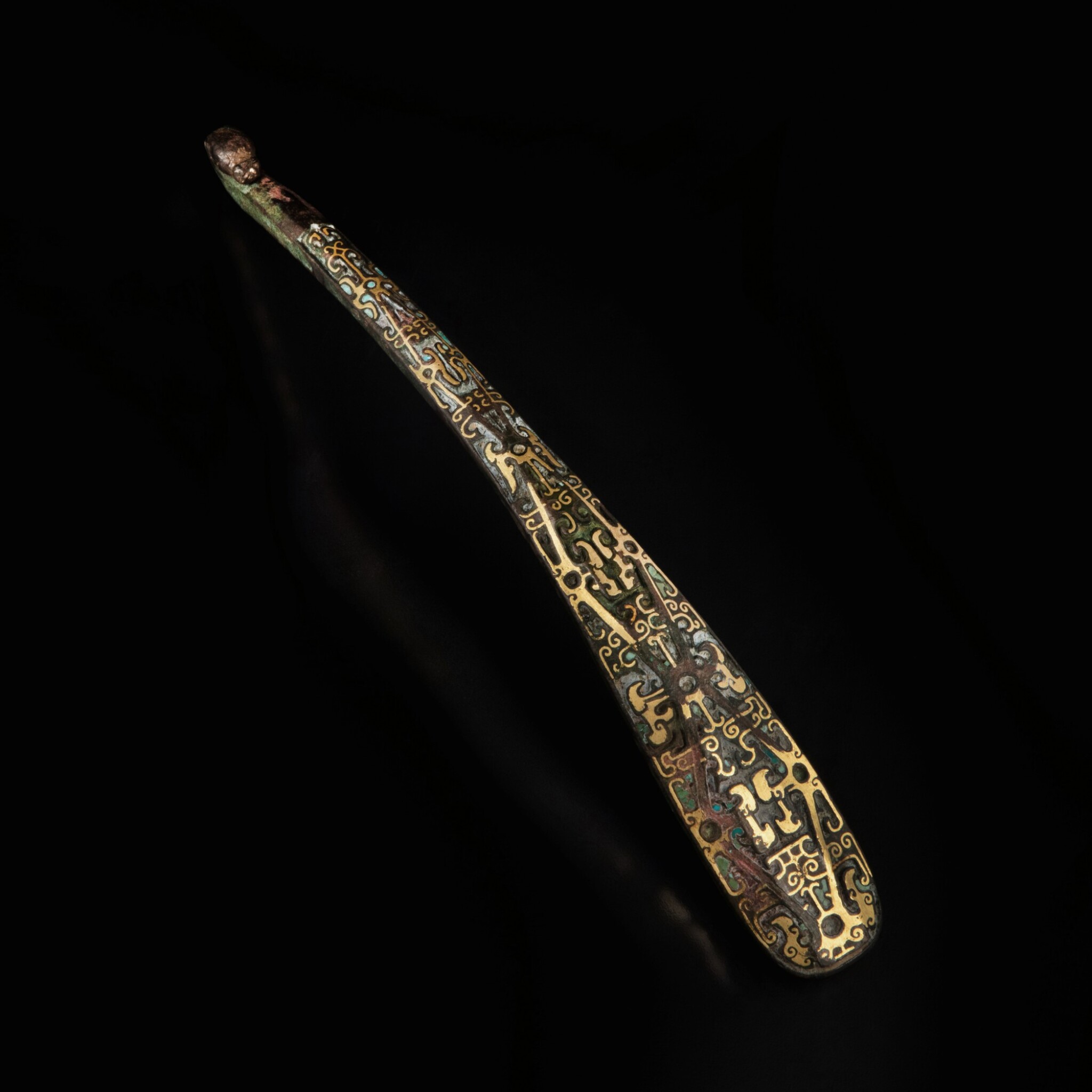 the curved and faceted shaft tapering to a small dragon-head hook at one end, inlaid with gold lozenge-shaped panels studded with turquoise bosses at the intersections, the lozenges enclosing a network of intricate geometric designs with further turquoise inlay, the reverse plain and centered with a button with gold-inlaid whorl motif, wood stand (3)

Loss of inlays as can be seen in the pictures. Overall with expected surface wear and accretions consistent with age and type.

Compare a closely related belthook exhibited in Chinese Art of the Warring States Period: Change and Continuity, 480-222 B.C., Freer Gallery of Art, Smithsonian Institution, Washington, D.C., 1982, cat. no. 48. Another similar example from the Adolphe Stoclet Collection, attributed to the Han dynasty, is illustrated in Shina-kodo Seikwa or Selected Relics of Ancient Chinese Bronzes from Collections in Europe and America, Part III Miscellaneous Objects, vol. I, Osaka, 1933, cat. no. 70a. An Eastern Zhou dynasty example with gold and silver inlay was included in the exhibition Inlaid bronze and related material from pre-Tang China, Eskenazi, London, 1991, cat. no. 39.

For similar examples sold at auction, compare a belthook from the collection of A. F. Philips that sold in our London rooms, 30th March 1978, lot 30, and another sold at Christie's London, 11th June 1990, lot 25.