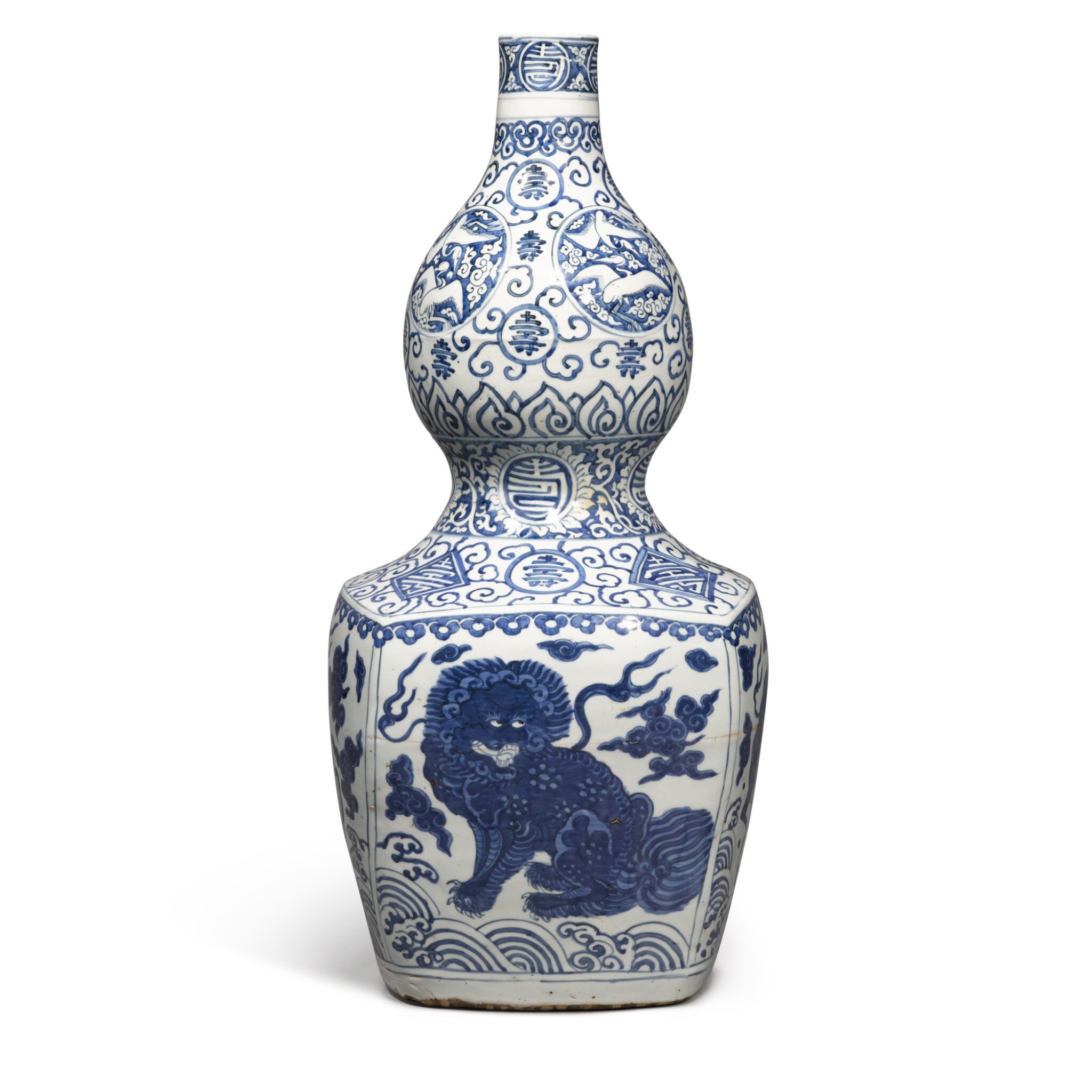 the lower bulb of square section, each side boldly painted in inky cobalt blue with a fabulous beast including a qilin, an elephant, a lion, and a horse, sweeping into a constricted waist and surmounted by a round upper bulb, painted with crane and shou medallions on a cloud scroll ground, the elongated cylindrical neck with a border of ruyi lappets and further shou roundels

Compare a related vase painted with qilin medallions on the lower bulb, exhibited in Inaugural Exhibition: Selected Masterpieces of the Matsuoka Museum of Art, Matsuoka Museum of Art, Tokyo, 1975, cat. no. 84. Another, with more stylized shou roundels on a similar cloud scroll ground, is illustrated in Hara Hiromu, Oriental Ceramics: The World's Great Collections. Museum Pusat, Jakarta, vol. 3, 1976, pl. 227. See also one with a scene of Shoulao on the lower bulb, included in Ming Blue and White: Jiajing-Chongzhen Including Dated Examples, S. Marchant & Son, London, 2004, cat. no. 8.