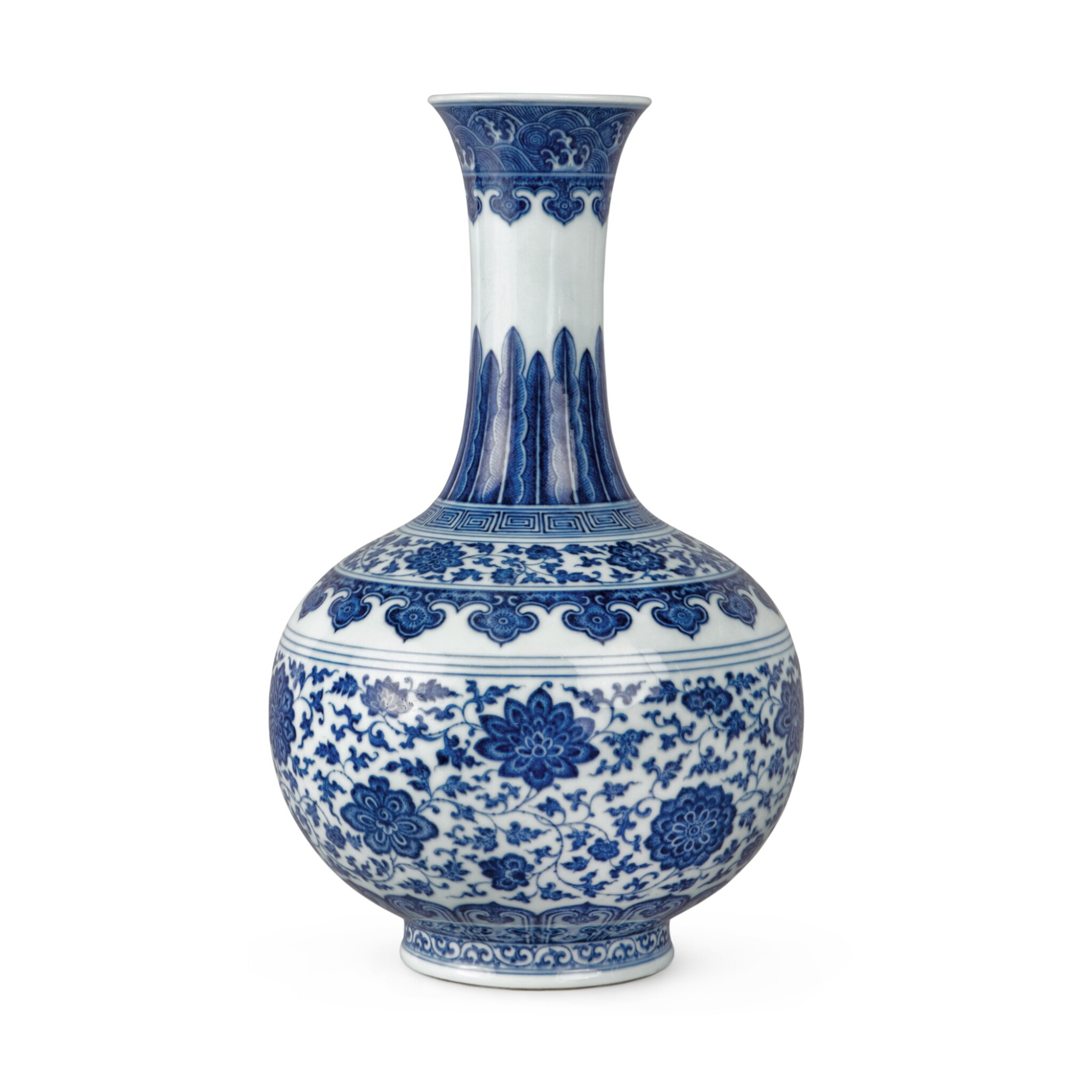 the globular body rising from a splayed foot to a tall waisted neck, finely painted in 'heaped and piled' deep blue tones with a composite flower scroll band, all between lotus-lappet and classic scroll registers at the foot and a ruyi band and further floral scroll at the shoulder, the neck with stiff leaf and keyfret bands below a wave border at the rim, the recessed base with a six-character seal mark in underglaze blue

There is a network of firing lines and firing flaws to the base, and a hairline encircling approx. 2/3 the circumference of the foot, likely original to the firing. The surface with minor and expected wear.

Elegantly decorated with early Ming inspired motifs, this vase also successfully simulates the distinctive mottled ‘heaping and piling’ effect of celebrated 15th century blue and white wares through a deliberate application of darker and thicker spots of cobalt on the design. Beginning with the Yongzheng Emperor, successive rulers revisited this famous blue and white pattern. Qianlong period examples include a closely related example in the Nanjing Museum, Nanjing, illustrated in Treasures in the Royalty: The Official Kiln Porcelain of the Chinese Qing Dynasty, Shanghai, 2003, p. 233; one in the Shanghai Museum, Shanghai, published in Zhongguo taoci quanji, vol. 15, part II, Shanghai, 2000, p. 219; and four vases illustrated in Regina Krahl, Chinese Ceramics in the Topkapi Saray Museum, vol. III, London, 1986, pl. 2564, one with an elaborate 19th century Ottoman gilt-metal cover. Another vase of this type, from the Toguri Collection, was sold in these rooms, 9th June 2004, lot 5; another was sold in our London rooms, 10th November 2010, lot 102A; and a third vase was sold in our Hong Kong rooms, 3rd December 2015, lot 426.