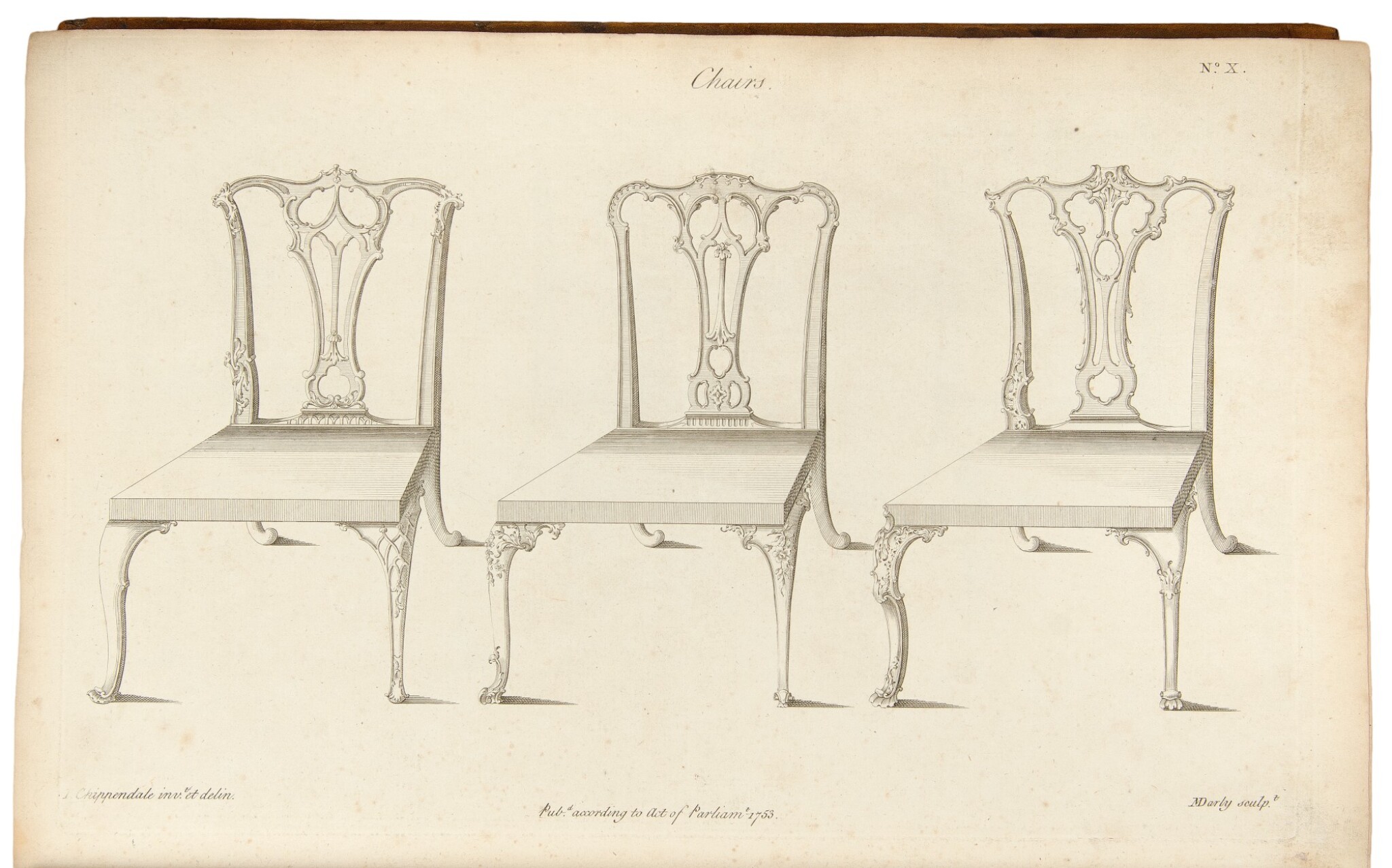 The Gentleman and Cabinet-Maker's Director: being a large collection of the most elegant and useful designs of household furniture, in the most fashionable taste...The Third Edition. London: Printed for the Author, 1762

The Director was intended to function as a trade catalogue. This edition contains an additional 39 plates not found in the previous editions of 1754 and 1755, and was the last edition to be published in Chippendale's lifetime. The third edition began to appear in installments in 1759, and was completed in 1762.

Although Thomas Chippendale's famous pattern book, The Gentleman and Cabinet-Maker's Director, was first published in 1754, and reissued the following year, it was only with a greatly enlarged new edition in 1762 that it had a serious influence in America, particularly in Philadelphia. Several copies are known to have been available there during the 1760s and, not surprisingly, Chippendale's richly carved style had a pervasive influence on local cabinetmaking" (Heilbrunn). The Director principally depicts four of Chippendale's most famous styles: English, French rococo, Chinoiserie, and Gothic, and was extensively used by furniture makers, making copies with the plates in good condition exceptional.