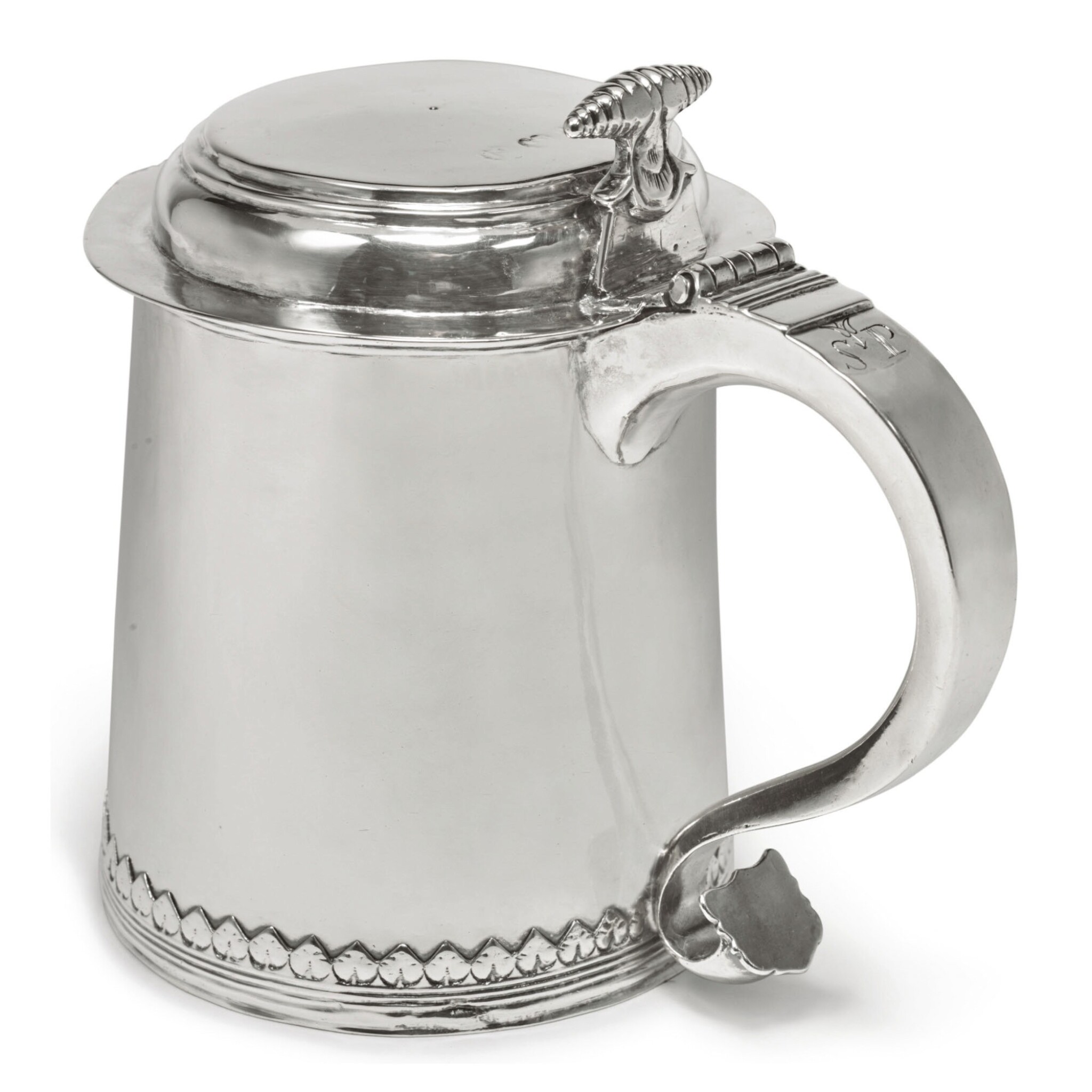 Repaired splits to rim and to either side of handle. Repair to front of body. Some slight denting to base rim. Body with typical surface nicks and minor creases. All of the marks rubbed. Otherwise in good condition.

The base reads: Susannah Painter's. Given her by her Father Geo: Painter. / Anno Domini one thousand seven hundred and Sixteen. / Susanna Cox 1808. / M.S. Paul 1890. / 15oz=6ptAccording to a letter from John Marshall Phillips to Walter M. Jeffords, September 10, 1941, "did you know Susanna Painter whose little tankard by Nys you have was the granddaughter of Caleb Pusey of Chester whose daughter Lydia married George Painter?"

Caleb Pusey emigrated to Pennsylvania in 1682, and his stone house in Upland, Chester County, is the earliest surviving Anglo-American residence in Pennsylvania. Pusey, with partners William Penn and Samuel Carpenter, established the first grist- and sawmill in the Delaware Valley; the weathervane from this mill, with the partners' initials, is in the Historical Society of Pennsylvania (Worldly Goods, no. 295).

Johannis Nys (c. 1671-1734) was a French Huguenot who trained in New York. He married there in 1693 and appears on tax lists in 1695.  He moved to Philadelphia by 1698; only Caesar Ghiselin was established earlier. Nys' clientele was the elite of Philadelphia, including William Penn, James Logan, Andrew Hamilton, and Anthony Morris. He had an active professional relationship with Francis Richardson, who may have apprenticed with him. In 1723, he retired to Kent County, Delaware.