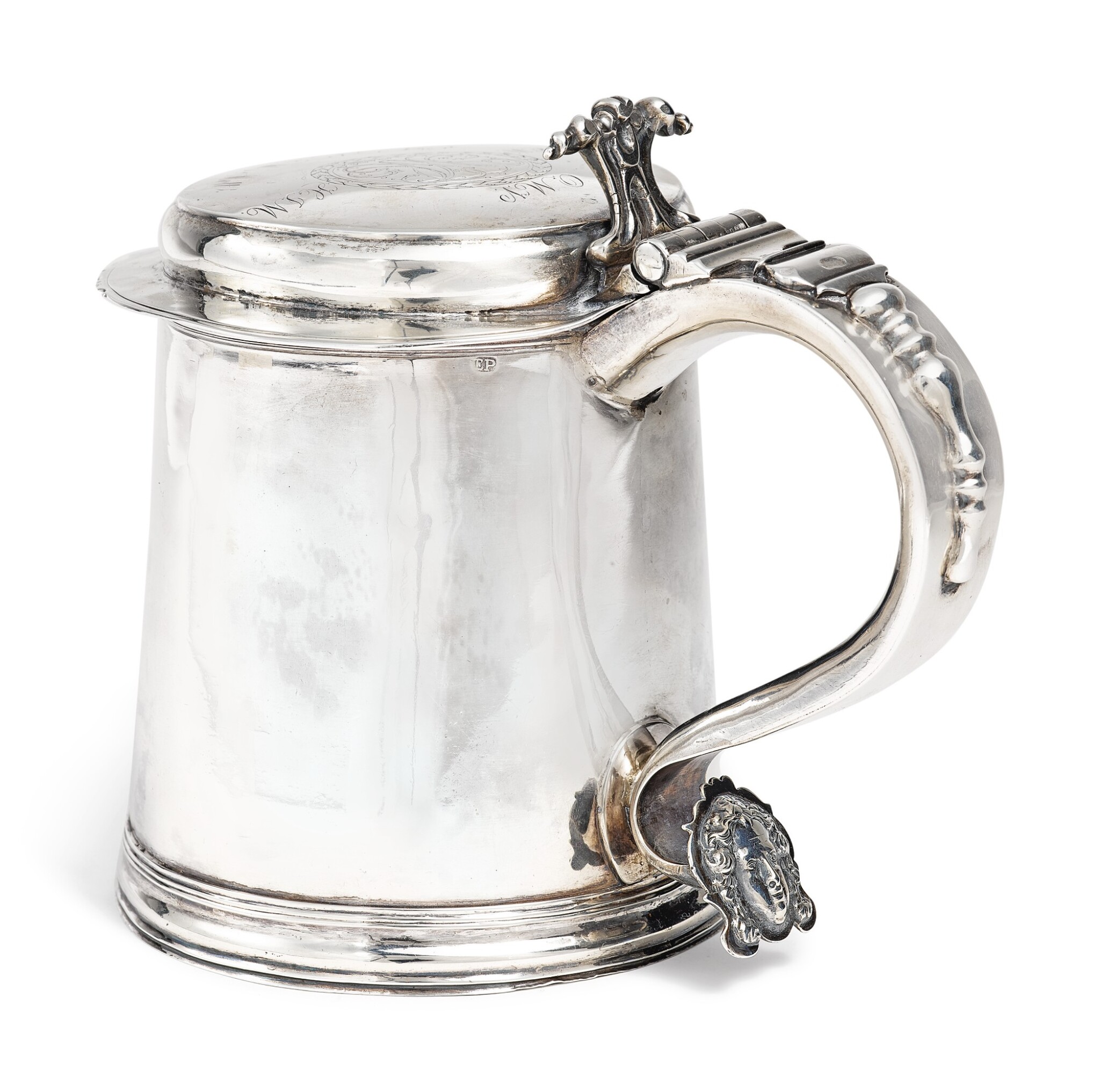 As noted re later initials, bright in front, cover through behind thumbpiece.

The later initials and name surrounding the original cypher are as follows SEW, OMV, HJM and EW & E & M Mott.

For more about the Valentine and Mott families, see:

This is an early tankard by Pelletreau following models by his master Simeon Soumaine, to whom he was apprenticed in 1741. It shares the same base band, shaped front to cover and the long drop on the handle with the Pelletreau Smith tankard at Preservation Long Island, illustrated Dean F. Failey et al, Elias Pelletreau, Long Island Silversmith and Entrepreneur, 1726-1810, pp.46-47. The mask on the base of the handle is found with shorter hair on a Soumaine tankard in the Metropolitan Museum of Art, see Beth Carver Weiss, Early American Silver in The Metropolitan Museum of Art, no 12, pp.50-51. A more precise version is on a tankard by Bartholomew Schaats also in The Metropolitan Museum, illus. op. cit. p.277.