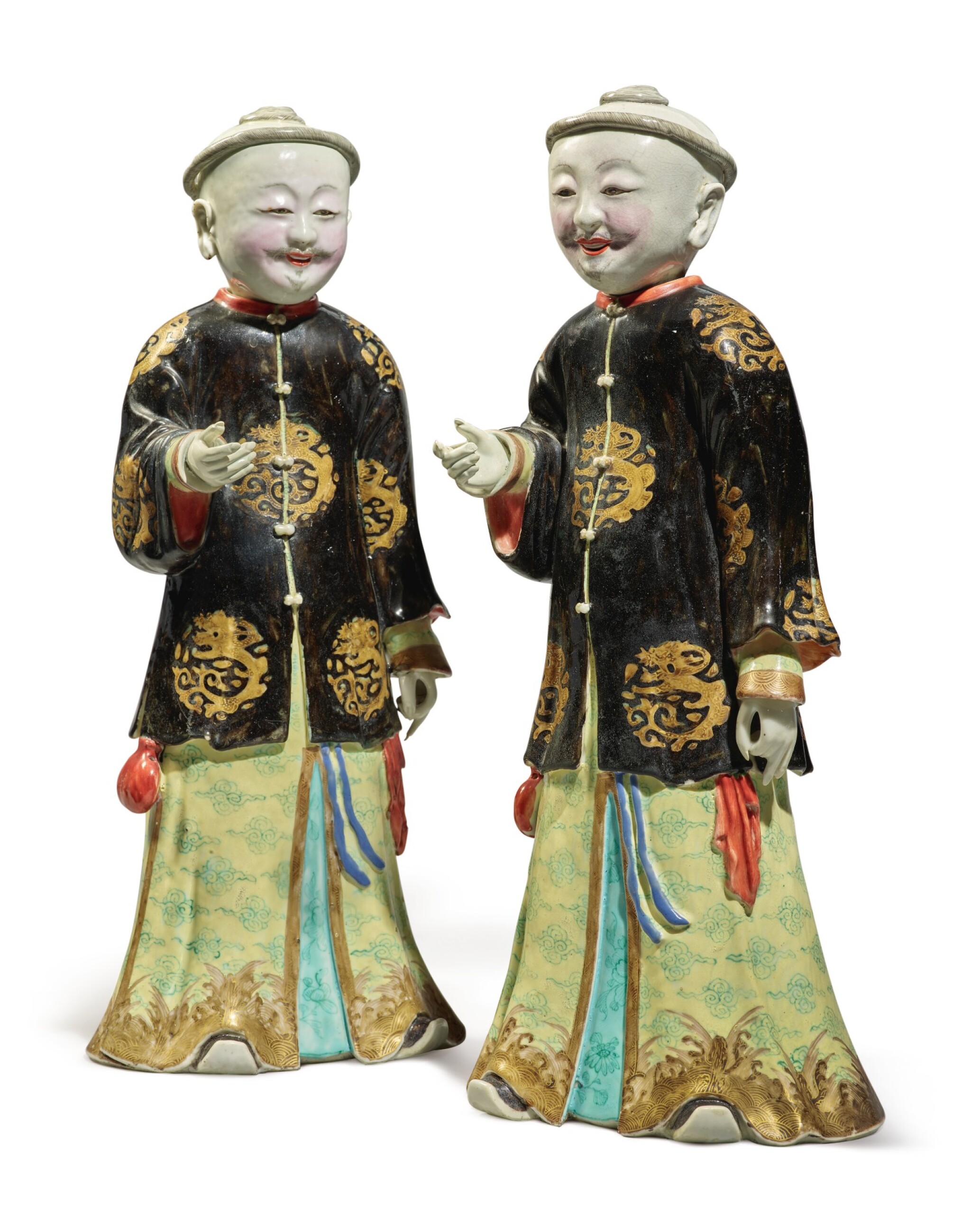 each modeled with the hair braided and wrapped around the removable head and set with a counterweight, the face with a gentle smiling expression, with the right arm and hand raised, the outer robe enameled black and decorated with gilt dragon roundels, all above a longer yellow robe painted with turquoise clouds, the edges heightened with sepia and gilt waves

Both figures with restoration to the hands, and both with overpaint to the collar area of both, possibly concealing chips and frits. One figure with right foot off and restuck, and with a small chip to the bottom of the robe on the right. One head with overspray covering the top half of the head, and both with restoration to hair. Overall with minor wear to the surface including flaking of enamels, and overall with minor firing imperfections. One head overall with fine minor crazing, giving a slightly different appearance on the surface.