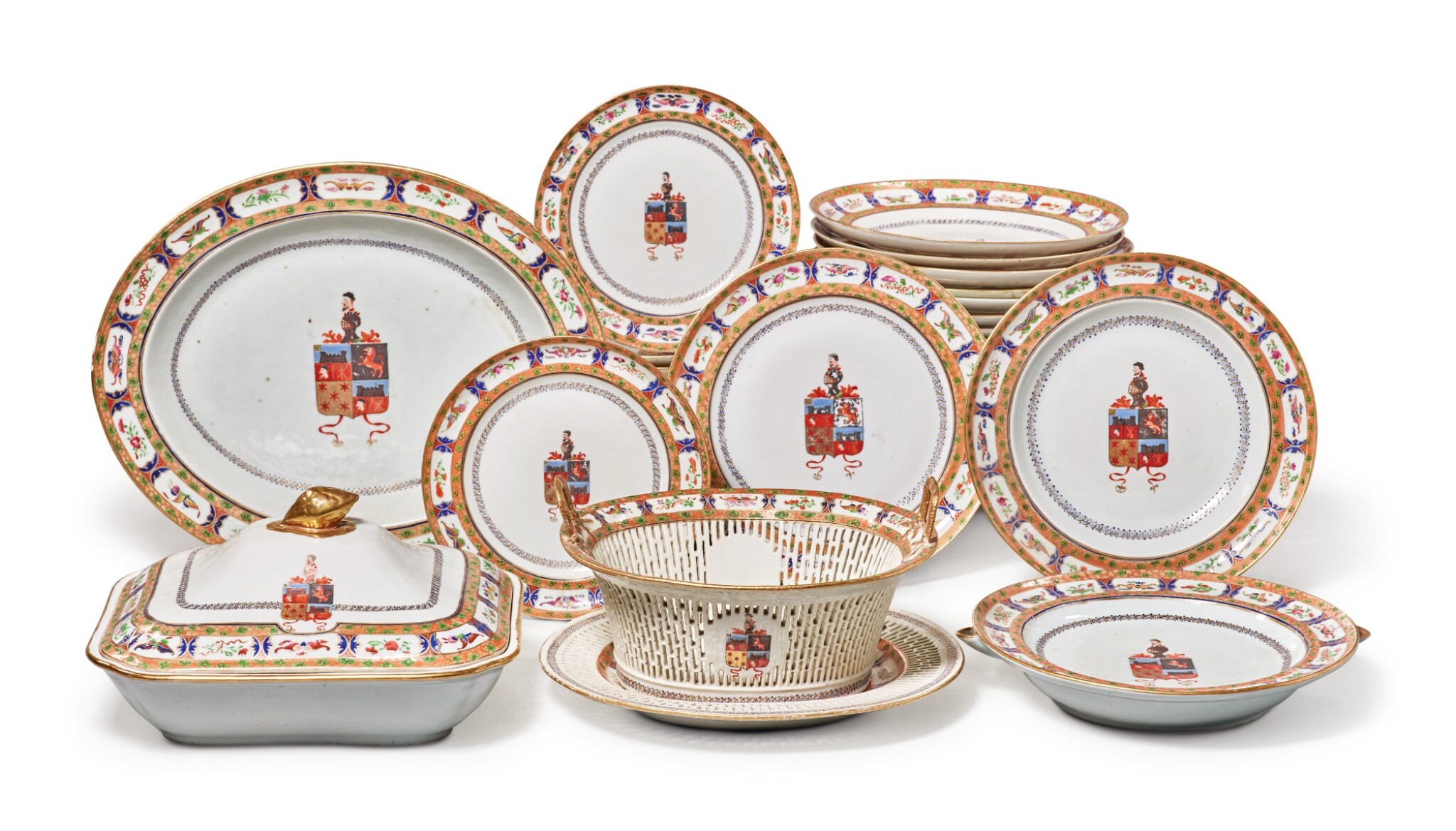 A plate from this service is in the collection of the Metropolitan Museum of Art, New York, and illustrated in Clare Le Corbellier and Alice Cooney Frelinghuysen, 'Chinese Export Porcelain', The Metropolitan Museum of Art Bulletin, Winter 2003, cat. no. 36, where the authors note that the arms belong to Francisco Antonio da Silva Mendes da Fonseca (d. 1831), who was a government official, merchant and landowner. Four plates from the same service were sold in our Monaco rooms, March 5th, 1989, lot 380. A pair of rectangular vegetable dishes and covers was sold at Christie's London, November 16th, 1999, lot 393.

John Allyne Gade (1875-1955) was an American architect, naval officer, diplomat, investment banker, and author. Born in Massachusetts to a Norwegian father and American mother, Gade spent many of his formative years in Europe, and continued to travel around the continent throughout his career. The part dinner service has remained in the family since its acquisition by Gade.