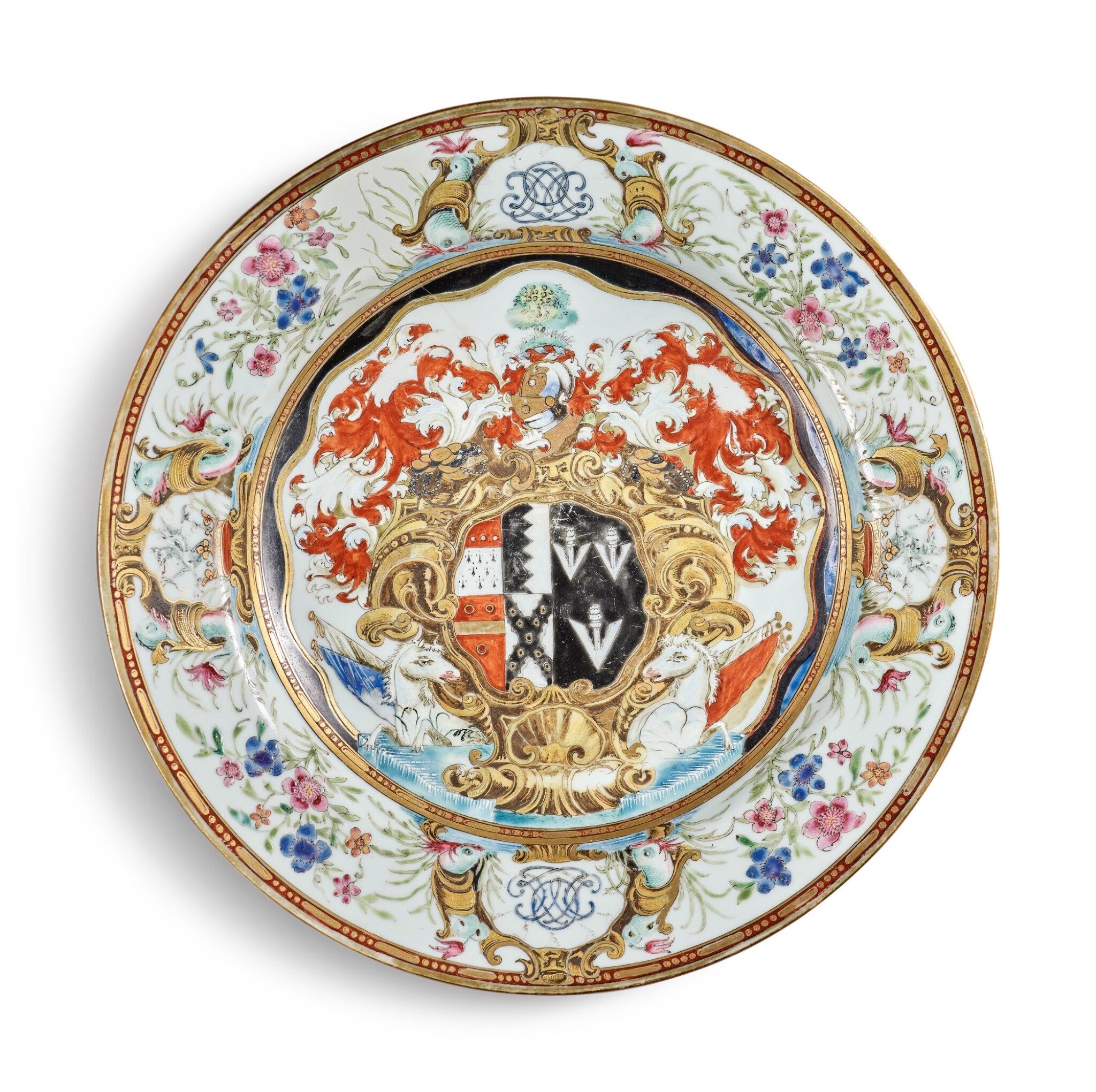 The plate with a restored break through the center, the underside covered entirely in overspray, and one section of the rim along the break also with overspray. Also with a restored rim chip at 3 o'clock. Overall with minor wear to the surface and minor firing imperfections.

Elaborately decorated, the Leake Okeover service is considered one of the greatest examples of Chinese export armorial services. The opulent service was made for Leake Okeover (1702-65), who married Mary Nichol about 1730, but who died without heirs. His estate was passed on to his cousin, whose descendant, Sir Ian Walker-Okeover, Bt. sold around a hundred pieces of the service in March 1975. The original painted design for the arms is the only recorded example for a complete armorial service known to survive, and still remains with the family. Illustrated in David S. Howard, A Tale of Three Cities: Canton, Shanghai and Hong Kong, London, 1997, p. 57, cat nos. 53 (original pattern) and 54 (an example from the service). A collection of sixteen examples of various size from the service, from the collection of James F. Scott, were sold in these rooms, October 15, 2018, lots 223-232. A soup plate from this service was sold in these rooms, January 17th-20th, 2019, lot 143. A further plate from a distinguished American collection, was sold in these rooms, February 2nd, 2019, lot 736.