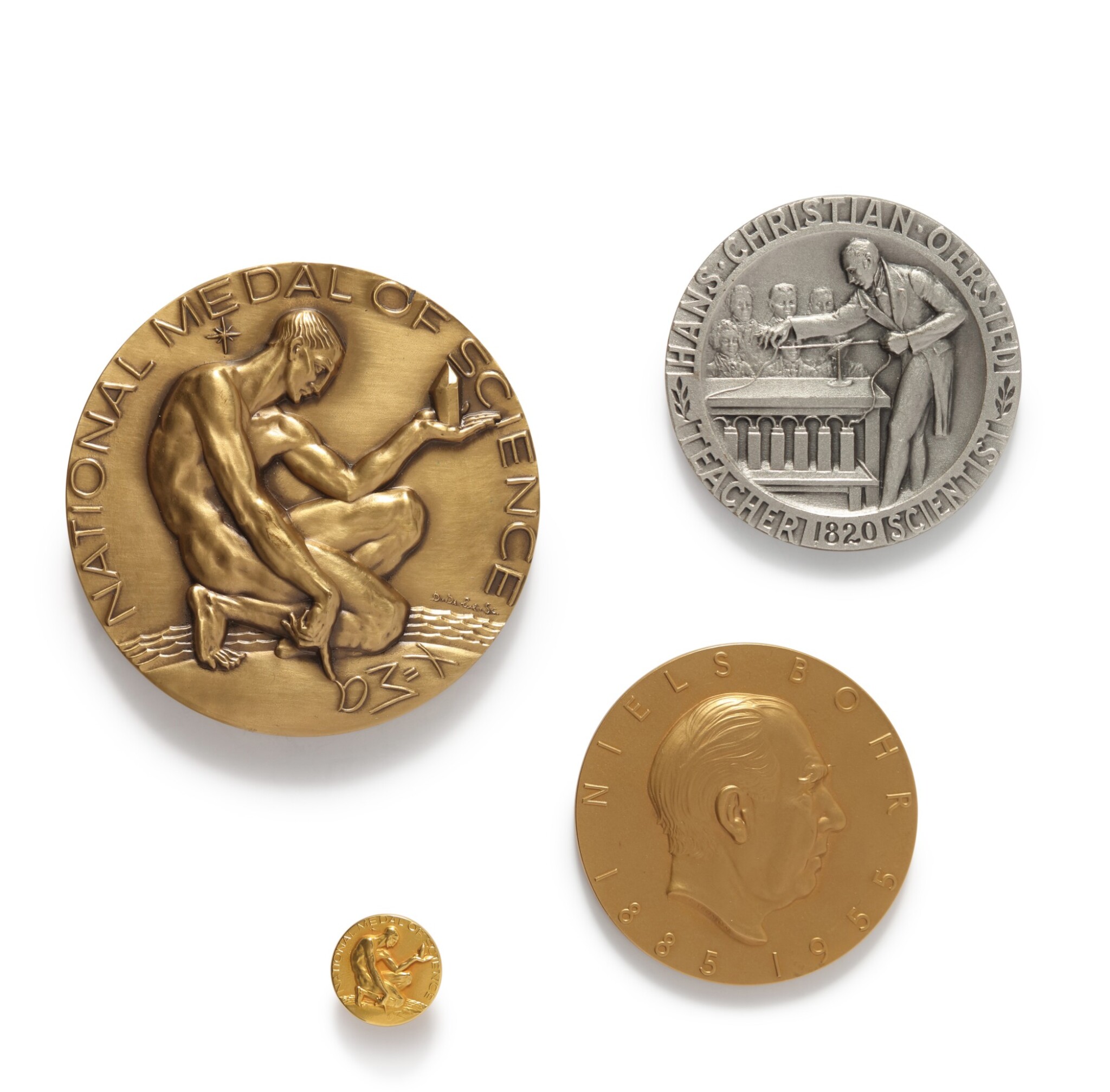 Group of three medals and one tie pin:

“I don’t like honors. I appreciate it for the work that I did and I know that there’s a lot of physicists who use my work. I don’t need anything else… I’ve already got the prize: the prize is the pleasure of finding the thing out…” (Sykes, No Ordinary Genius, p. 82).

Of all the numerous awards conferred upon Feynman throughout his career, including his Nobel in Physics, he was most proud of the Oersted Medal, awarded by the American Association of Physics Teachers for notable contributions to the teaching of physics. The Feynman Lectures on Physics (see lot 62 for Feynman's own copy) transcribed from his undergraduate lectures at Caltech from 1961-64 are legendary. “Feynman was a remarkably effective educator. The Feynman Lectures on Physics…were described by a reviewer on Scientific American as ‘tough, but nourishing and full of flavor After 25 years it is the guide for teachers, and the best of beginning students’ …about 80 percent [of Feynman’s 1961-63 class] recall Feynman’s lectures as highlights of their college years. ‘It was like going to church.’ The lectures were a transformational experience ,’ ‘the experience of a lifetime, probably the most important thing I got from CalTech.’” (Kip Thorne, introduction to The Feynman Lectures on Physics, sixth edition.)

The Niels Bohr International Gold Medal is conferred for "outstanding work by an engineer or physicist for the peaceful utilization of atomic energy." There have only been 12 recipients since its inception in 1955 (with Bohr himself being the first). The National Medal of Science was established in 1961 by President John F. Kennedy and given to individuals “deserving of special recognition by reason of their outstanding contributions to knowledge in the physical, biological, mathematical, or engineering sciences.”