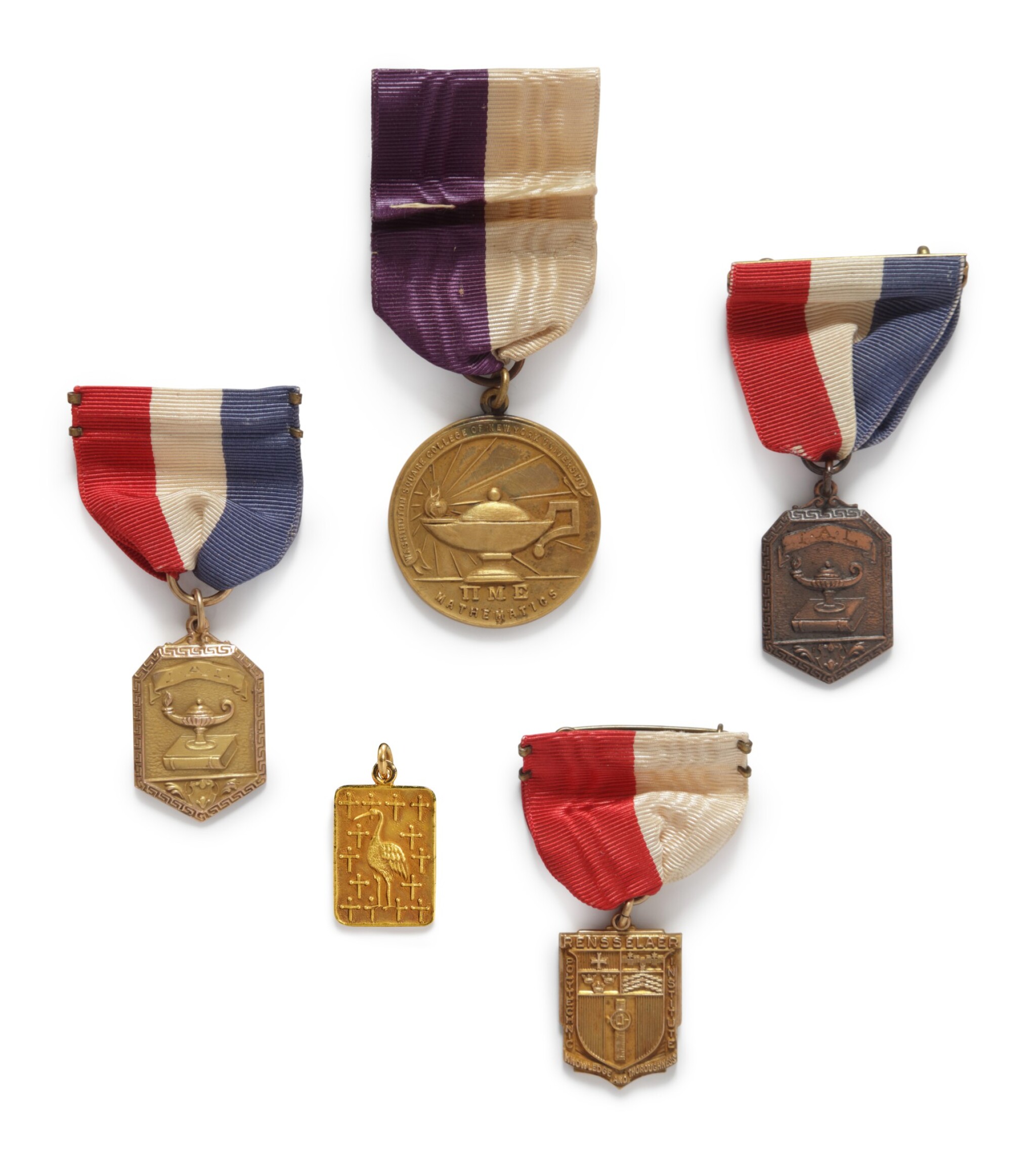 A group of prestigious high school and college mathematics medallions, awarded to Richard Feynman from 1934-1939.

A GROUP OF MATHEMATICAL AWARD MEDALLIONS, PRESENTED TO A YOUNG RICHARD FEYNMAN, INCLUDING FOR THE PRESTIGIOUS WILLIAM LOWELL PUTNAM COMPETITION

Founded in 1937 by Elizabeth Lowell Putnam in memory of her husband William, the William Lowell Putnam Mathematical Competition is administered by the Mathematical Association of America and has been offered annually since 1938. The competition is for undergraduate college students in the US and Canada, awarding cash prizes and scholarships for the top students and schools, and one of the top five individual scorers, named Putnam Fellows, are awarded a scholarship plus tuition at Harvard. The exam consists of 12 questions, each worth 10 points each; the median score is usually zero. Feynman, one of two Nobel laureates to be named a Putnam Fellow, received the highest score in the US by an very large margin. He declined the scholarship to Harvard.