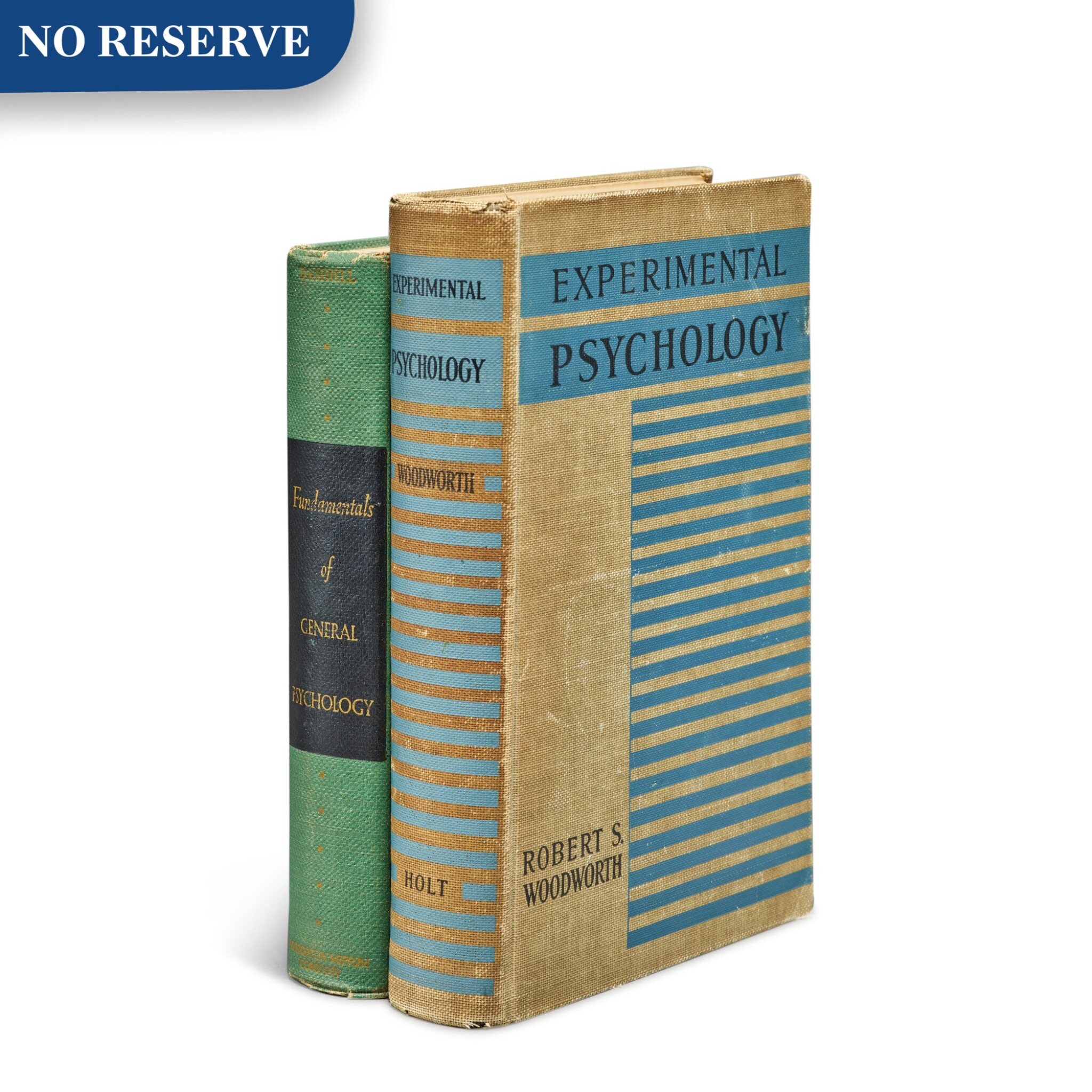 8vo (5 3/4 x 8 1/2 in) Publisher's green cloth. Ex-Libris of Arline and Richard P. Feynman to front past-down (with quote by Confucius "Learning without thought is labour lost; thought without learning is perilous.") SIGNED IN PENCIL ON FRONT FLY-LEAF "R.P. FEYNMAN. PRINCETON"

While Feynman's distrust of psychology was well known, this attitude changed somewhat later in life, as Gleick recounts in Genius: "As much as he reviled organized psychology for what he considered its slippery use of the forms and methods of experimental science, he loved the introspective, self-examining kind of psychology... [he] submerged himself in his [John Lilly's sensory deprivation] tanks in the hope of having hallucinations, just as he tried so hard to observe his own dream states forty years before....He recovered the earliest childhood memories he could dredge from his mind. He tried marijuana and...LSD." (p. 406) The famous Esalen Institute in Big Sur, California would even become a favorite hang-out for him, and in this setting most famous for its activities related to self-realization such as yoga, meditation, Gestalt therapy, and nude sunbathing, Feynman would give a series of lectures on physics, clad in shorts and barefoot.