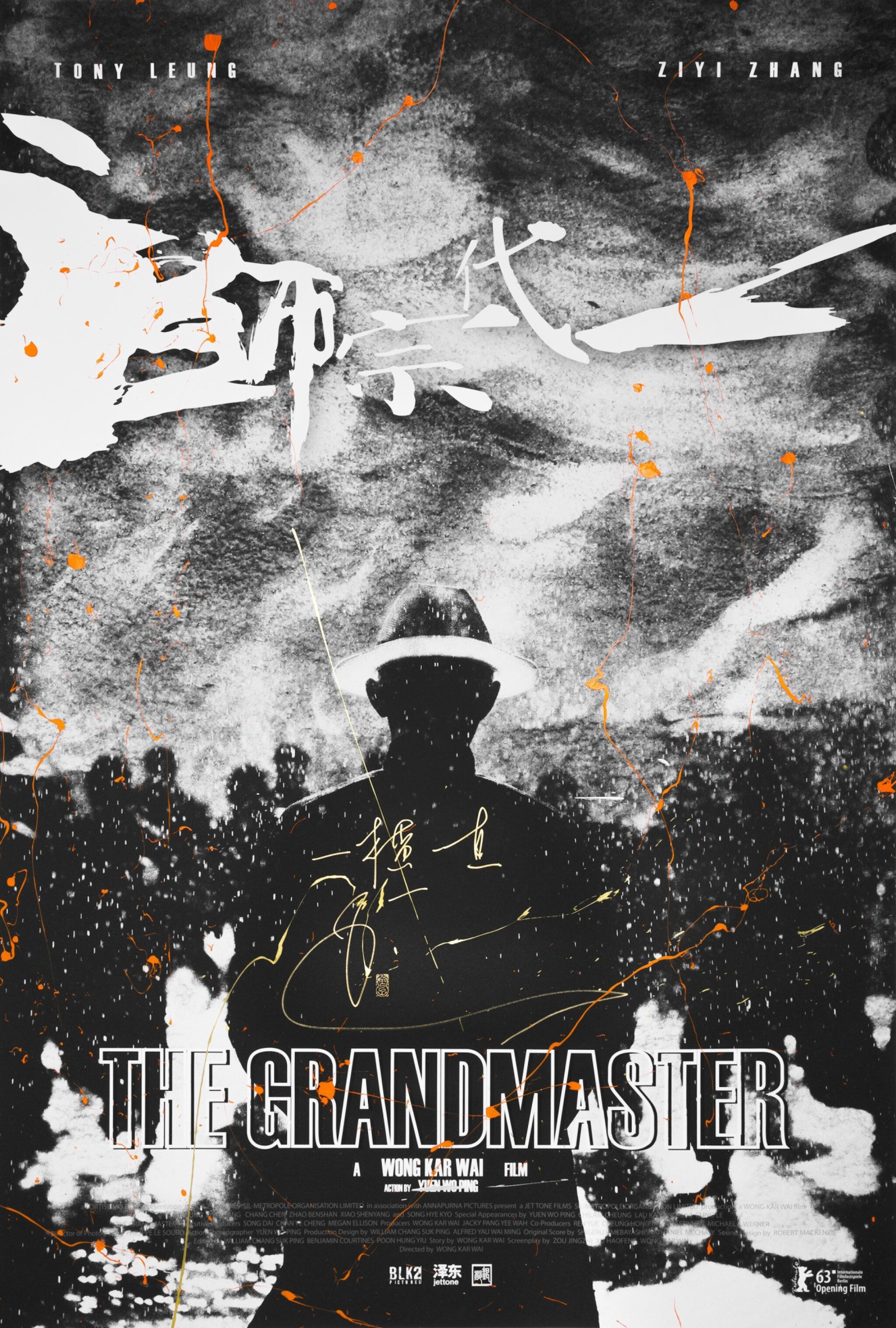 acrylic and inkjet print on canvas

signed and inscribed in Chinese, stamped with the artist's seal

printed and painted in 2021

'The first official poster of THE GRANDMASTER was designed by Ronald Zee. His design was inspired by Ip Man’s line from the film: “Kungfu - two words. Horizontal. Vertical.”

THE GRANDMASTER was Ronald’s first feature experience. He was only 23 when he joined our production, yet his brightness and allround cinematic sensibilities were impossible to miss from day one. From the shoot all the way to visual design, he worked closely with me at every stage of production that brought the film to life. THE GRANDMASTER was also his debut in poster design. Over the years, he has designed many more posters and soundtrack covers for our films, maturing into an important creative force at Jet Tone Films.

His original concept for the official poster was a twin-set - horizontal and vertical. At that time, he showed us two combinations, a total of four posters, to choose from. Because of time constraints, we only printed one design, which became the premiere poster in Hong Kong. The other three designs have never been displayed in public. On the 30th anniversary of Jet Tone Films, we have decided to release these three posters in large-format canvas, fulfilling Ronald’s original concept, and completing both sets of horizontal and vertical designs. Like the grandmaster himself, these works can finally stand on their own.'