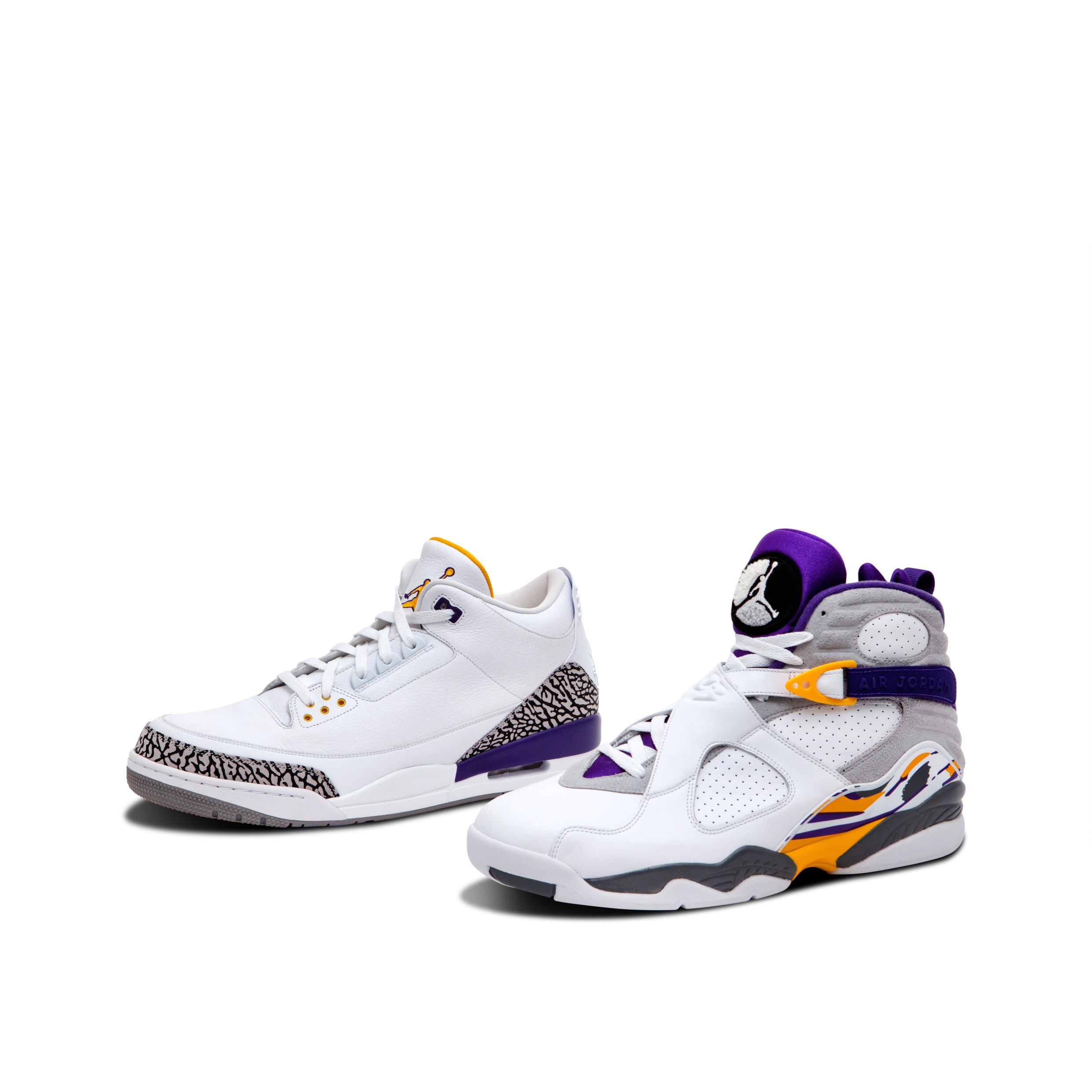 The shoes are in deadstock condition and come in the original box. The box does present damage and some ripping.

Throughout his 20 seasons with the Los Angeles Lakers, Kobe Bryant became one of the NBA’s greatest of all-time and led the Laker’s into a new era as the team’s shooting guard. Leaving an ineradicable mark on basketball and in the hearts and minds of fans, he brought a unique approach to the game with his passion and dedication which earned him 5 NBA Championships, 4 NBA All-Star Game MVP awards, 2 NBA Finals MVP awards, and 2 Olympic Gold Medals. Kobe Bryant’s impact on the sport of basketball is indescribable and he remains one of the most beloved basketball figures in the history of the sport.

Upon ending his contract with adidas, Kobe Bryant was unaffiliated with a sneaker brand during his 2002-2003 NBA season. Among the many major brands that were trying to attract Bryant, the Jordan Brand gifted Kobe a pair of Air Jordan 3 and Air Jordan 8 sneakers in Lakers-inspired colorways. In 2016, to commemorate Bryant’s 20-year career in the NBA, the Jordan Brand created replicas of these two classics — making the Air Jordan 3/8 Kobe Pack for friends and family of the brand.

Featured in Lakers colors, both silhouettes include a white leather upper, shades of gold and purple accents, and Jumpman branding. The Jordan 3 has black and grey elephant cement overlays printed throughout the sneakers.