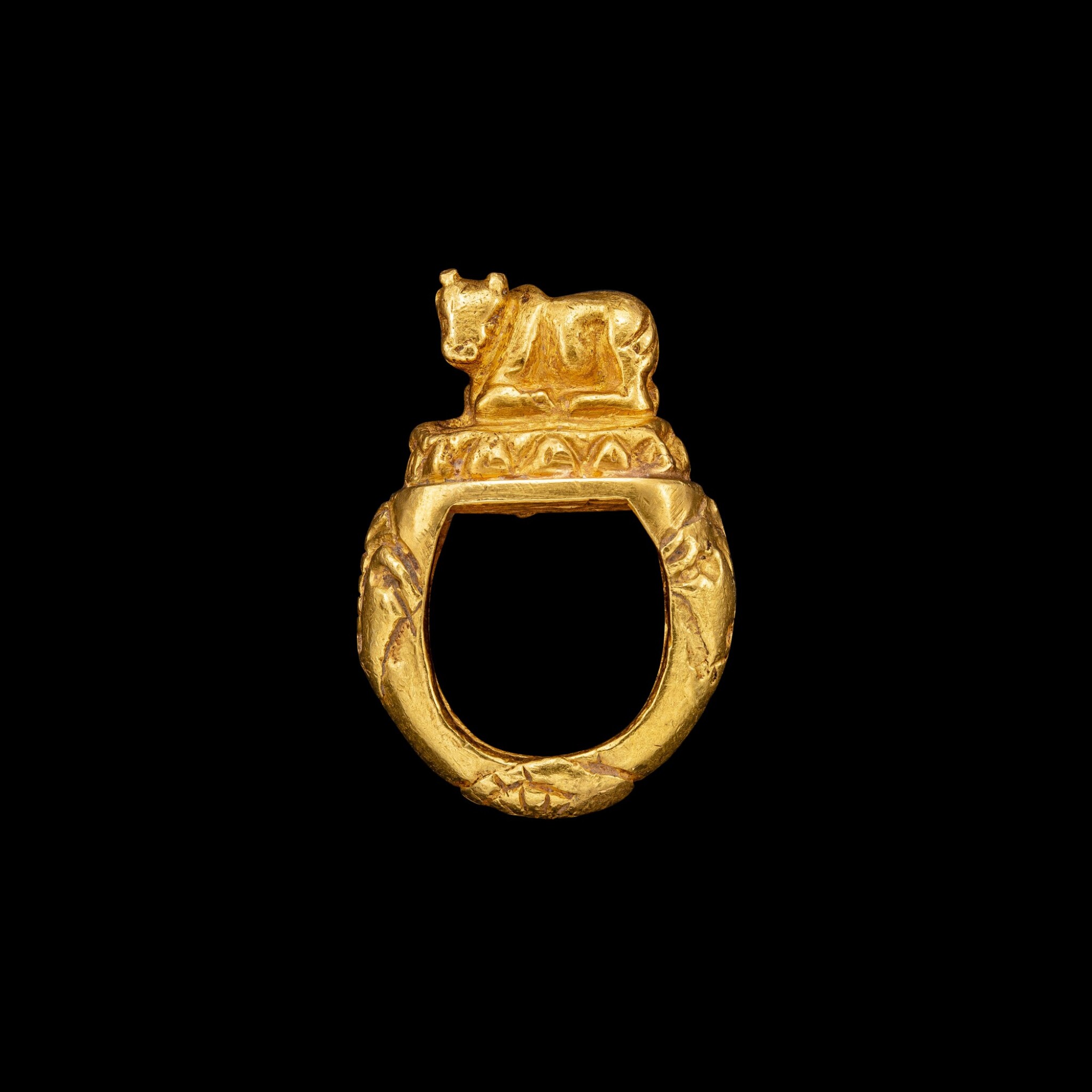 A gold ring of Nandi on a lotus

Nandi, which means 'joy' and 'satisfaction' in Sanskrit, is the vahana ('mount' or 'vehicle') of the Hindu god Shiva and the guardian deity of Mount Kailash. He sometimes appears in an anthropomorphic form but is more often depicted as a bull, seated outside most Shaivite temples facing the shrine's main entrance.

Bulls were considered sacred because dairy farming was the most important occupation in early Indian culture. Nandi is also believed to promote fertility; temple visitors may touch sculptures of him for blessings. Him seated also symbolizes meditativeness, one of the greatest virtues in Indian culture, as he sits full of alertness, waiting for Shiva silently and faithfully. The present ring reminds the wearer to be aware of one's presence and existence, along with a sense of calm and peace.