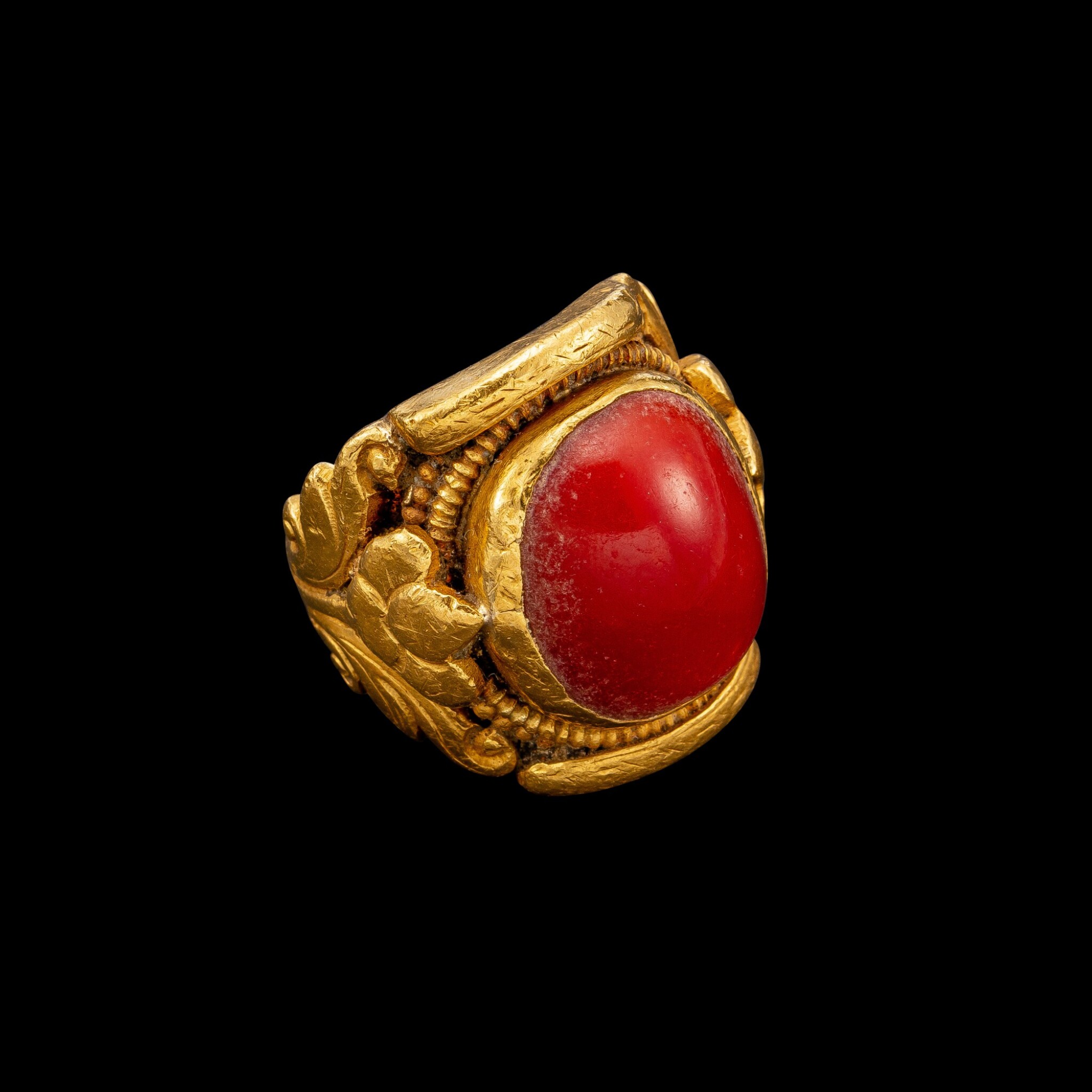 A gold and coral saddle ring

Good overall condition. Signs of minor wear and some dust consistent with age. The ring shank is slightly warped, which is original to the piece, as seen on the 2nd image on the website.

In Tibet, the most common gemstones used in jewellery and ritual ornaments are coral, turquoise, and pearls. Despite being in a territory rich in natural resources, Tibetans generally confine their choice of gemstones to these three varieties; they are opposed to the mining of precious stones, for fear of offending the gods and spiritual guardians.

Influenced by neighbouring cultures from India, Tibetans believed gemstones are prophylactic, possessing medicinal and magical properties. Gems were thought to represent the universe and take on the characteristics of the ruling planets. In this example, coral is associated with Mars and was considered a protection against fever and kidney disease. Tibetan also believed that gold possesses restorative qualities that could prolong life and ward off demons.

This type of ring, which is popular throughout Tibet, is named after its resemblances to the high-shouldered Tibetan saddle.