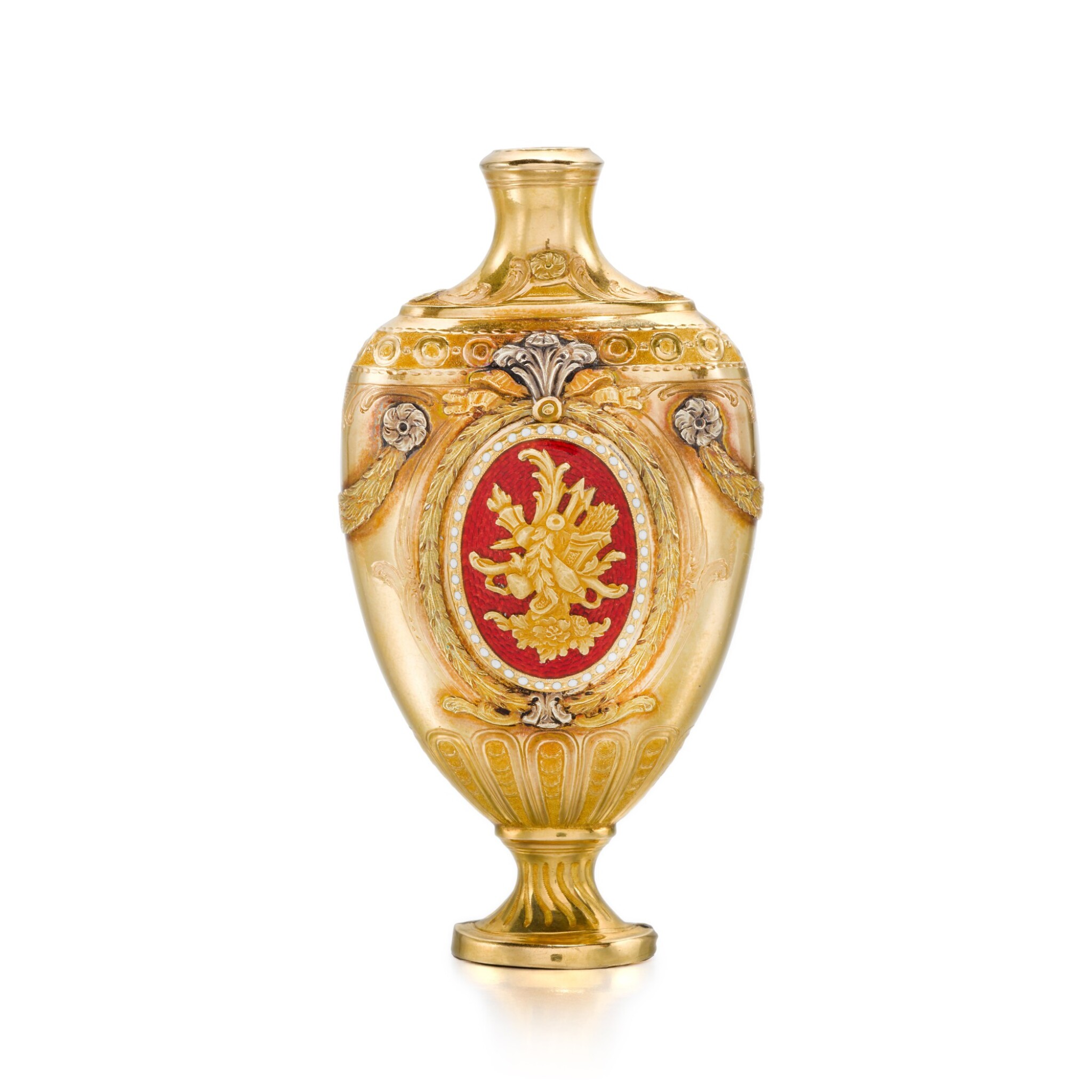 Sten Westerberg Collection, Beatelund;
Sale, Bukowskis Stockholm, spring 1983
Kersti Holmquist, Svenskt silversmide, Stockholm, 1995, vol III, pl. 258
Svenkst Guld 1600-1850, Nationalmuseum, Stockholm, April 1948, p. 22, no. 62, ill. p. 62
Olof Ekman became master in Stockholm on 2 February 1774, presenting as his masterpiece ‘a gold box with enamelled figures and miniature painting’ (Gustaf Upmark, Guld- och Silversmeder i Sverige 1520-1850, Stockholm, 1925, p. 148). He seems to have specialised in Galanteriewaren, as he is recorded as making snuff boxes, scent bottles, watch cases and orders. Little of his marked work seems to have survived, but a gold and ivory box of 1776 is recorded in the Nationalmuseum, Stockholm, and a few examples of his work remain in private hands. He died at the age of 69 in 1805 (Erik Andrén et al, ‘Svenkst Silversmide 1520-1850, Stockholm, 1964, p. 129).