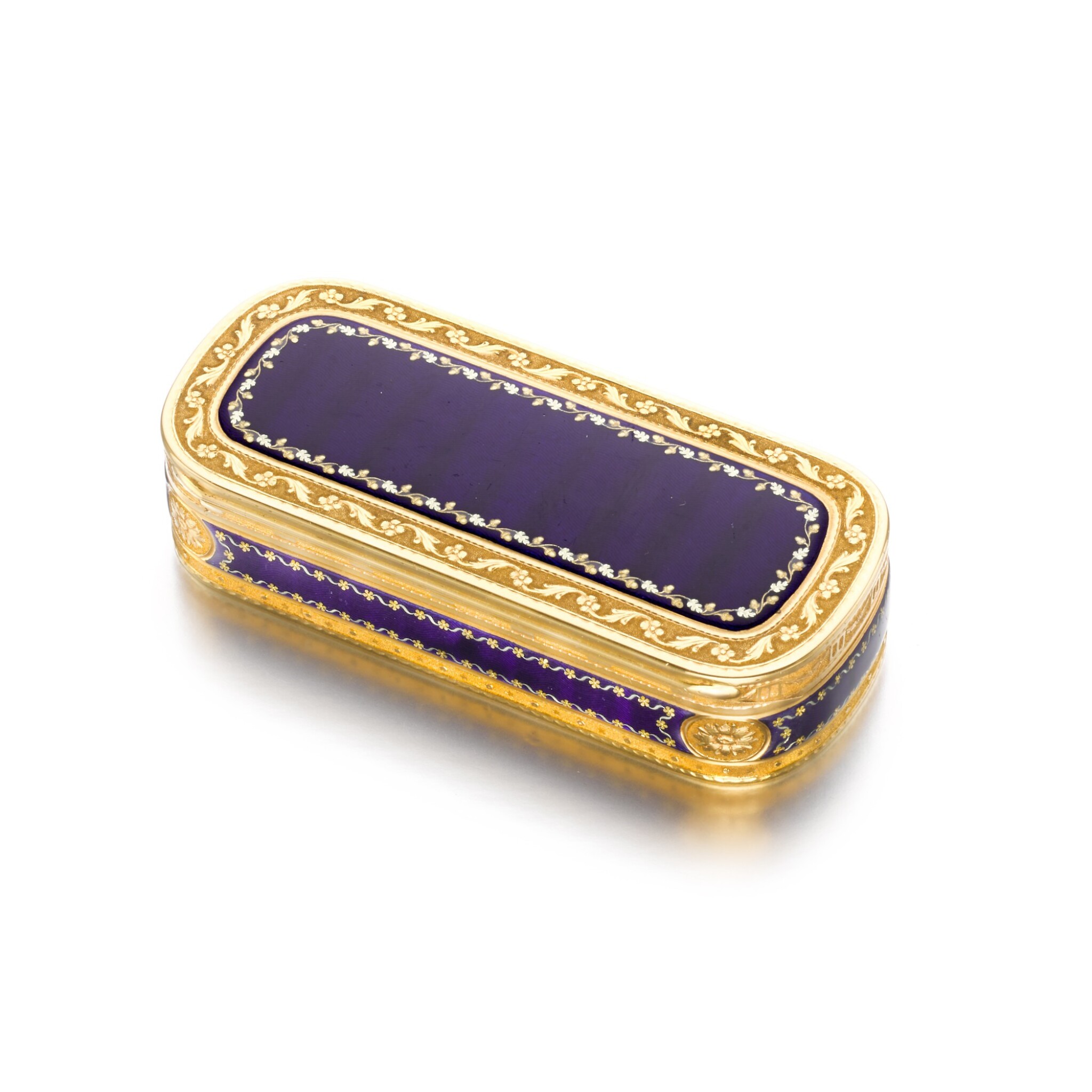 of oblong form with rounded corners, the lid enamelled in translucent royal blue over wavy engine-turning edged with fine gold and silver acorn and oakleaf paillons within a chased flower and scroll border on a matted ground, the sides similarly decorated between chased rosette dividers and diverse borders, maker's mark, fully hallmarked for 20ct gold, in modern tan leather case

An elegant box in good condition, apart from the base now lacking enamel

Bukowski's, Stockholm, 31 October-3 November 1989, lot 769
Friedrich Fyrwald became master goldsmith in Stockholm on 29 April 1786. He is recorded as a gold worker and his master piece was thus a gold box. It is thought that he died in July 1813, or at least before 15 July which was the date that his widow terminated his membership in the guild. Among the very few recorded objects of vertu made by him is a gold and enamel brooch, dated 1802, formerly in the collection of general consul J. Sachs in Stockholm (Gustaf Upmark, Guld- och Silversmeder I Sverige 1520-1850, Stockholm, 1925, p. 161). See also Kenneth Snowman, Eighteenth Century Gold Boxes of Europe, London, 1966, plate 839, p. 387, for a navette-shaped gold box decorated with engine-turned concentric circles. Other than that, especially enamelled objects by Fyrwald seem to be relatively rare, and it is certainly unusual to be able to offer not one but two in one sale - also see lot 15 in this sale.