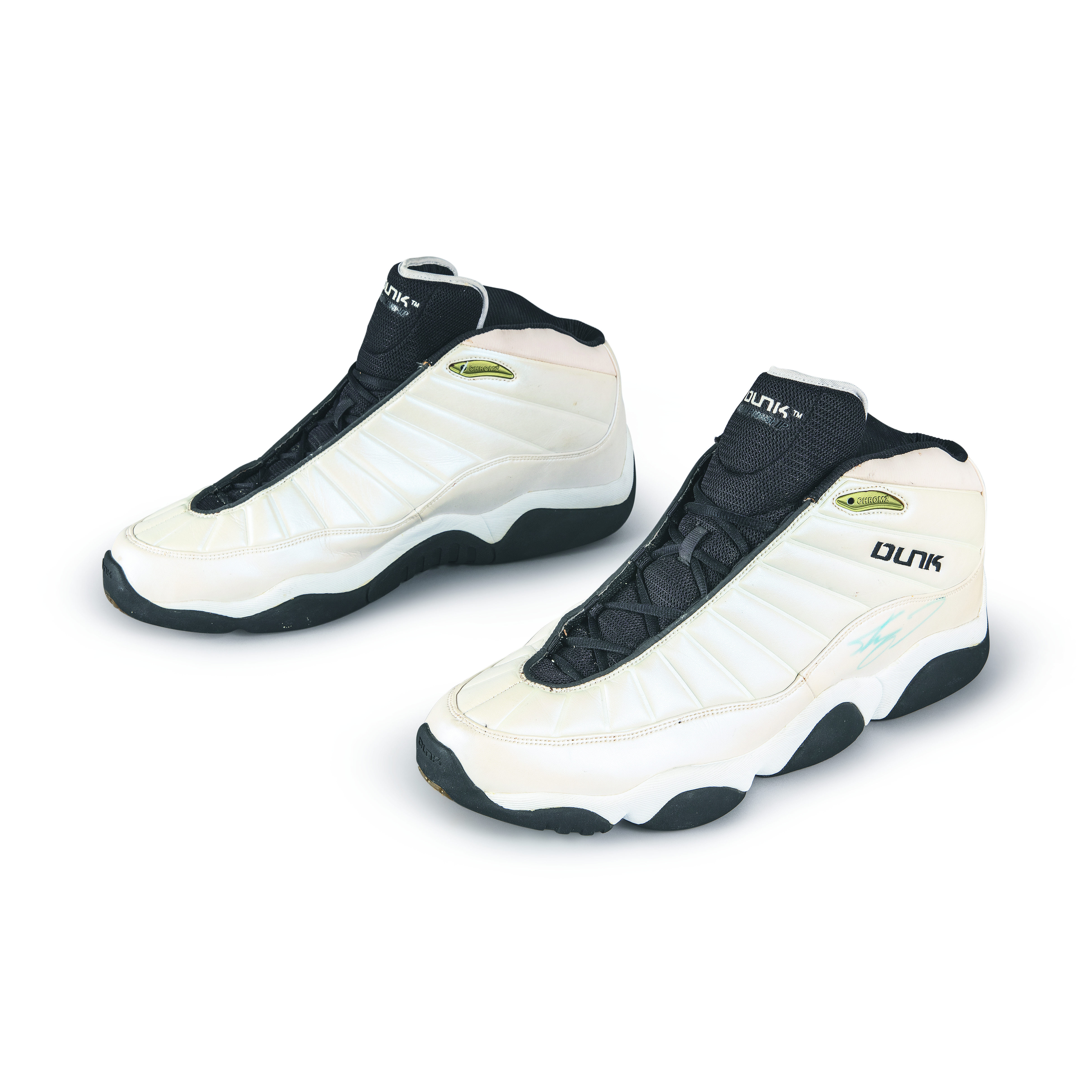 These player-exclusive sneakers were worn by Shaquille O’Neal in 2000 while playing for the Los Angeles Lakers. In 2000 Shaq claimed both NBA MVP and NBA Finals MVP. He wore the ‘Chromz’ model (though not necessarily this particular sneaker) during one of his greatest performances in Game 6 of the 2000 NBA finals when he scored 41 points (alongside Kobe Bryant’s 26) to close out the series against the Indiana Pacers.

Dunk.net was a short-lived internet-exclusive sneaker and apparel company commissioned by Shaq in 2000 after the expiration of his 6 year Reebok contract. The ‘Chromz’ model was designed by Dallas Stokes and is reminiscent of Air Jordan 11 at mudguards, 12 at uppers, and 13 at midsoles.

-Custom Dunk.net Chromz made for Shaquille O’Neal’s personal game use during the 2000-2001 season with the Los Angeles Lakers.

-Signed by Shaquille O’Neal at the lateral side of each heel in blue marker.

-Dunk.net multicolor circular logo on outsoles and on heels with motif designs.

-Signatures are authenticated by PSA/DNA.

Game-worn with extensive signs of wear.

There is some interior deterioration due to age.

There is some fading to the signatures.