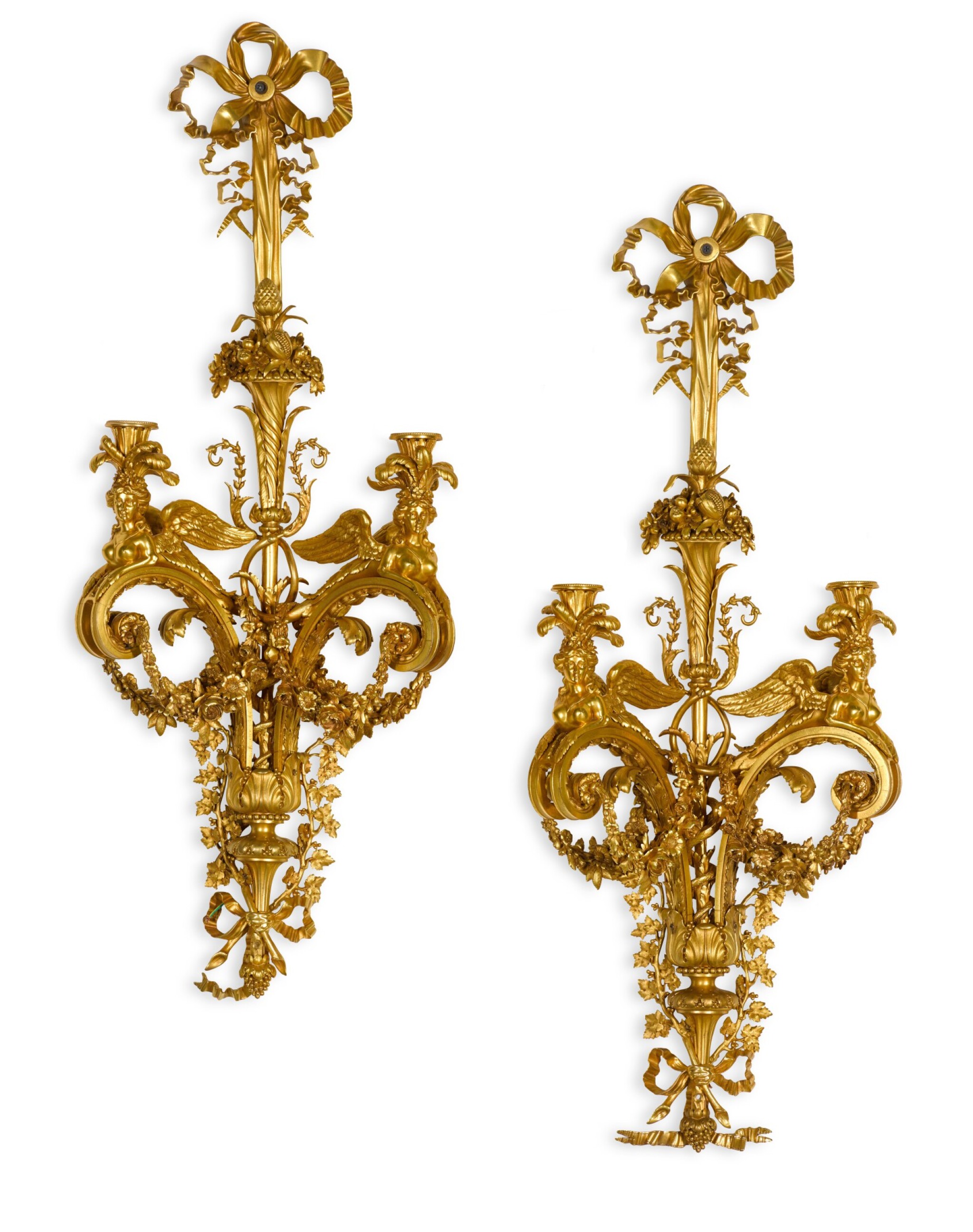 third quarter 19th century, after a design by Jean-François Forty

with burnished and matt gilding, each cast with a pair of winged sphinxes and garlands of flowers, fitted for electricity

In good condition with some minor dirt and tarnishing in places. Minor scratches consistent with age and use. Three of the garlands with a slightly more orange tone to gilding. The bottom right handside of one missing the ribbon end. Sotheby's recommends the assistance of a professional for re-wiring. Nice quality and very decorative.

These wall-lights showcasing a refined casting and rich design undoubtedly embody the Louis XVI neo-classical taste which continued to be a source of inspiration for French tastemakers, fondeurs and cabinetmakers in the 19th century.

One of the first interpreters of the Louis XVI style was Jean-François Forty (active 1760-1800), whose drawing for a wall applique, dated circa 1780, published in his recueil of drawings Oeuvres de Sculptures en bronze, contenant Girandoles, Flambeaux, Feux, Pendules, Bras, Cartels, Baromètres, et Lustres, was used as a basis for the execution of the present pair (illustrated op. cit., p. 290, fig. 4.16.9).

In the late 19th century, the well-established Beurdeley dynasty enjoyed great success in executing 18th century designs in the Louis XVI style with their 19th century excellent craftsmanship. For example, a pair of wall lights stamped BY (for Beurdeley) was sold at Sotheby's, London, 11 March 1994, lot 109, these were designed after Feuchère in a manner much similar than the present pair.