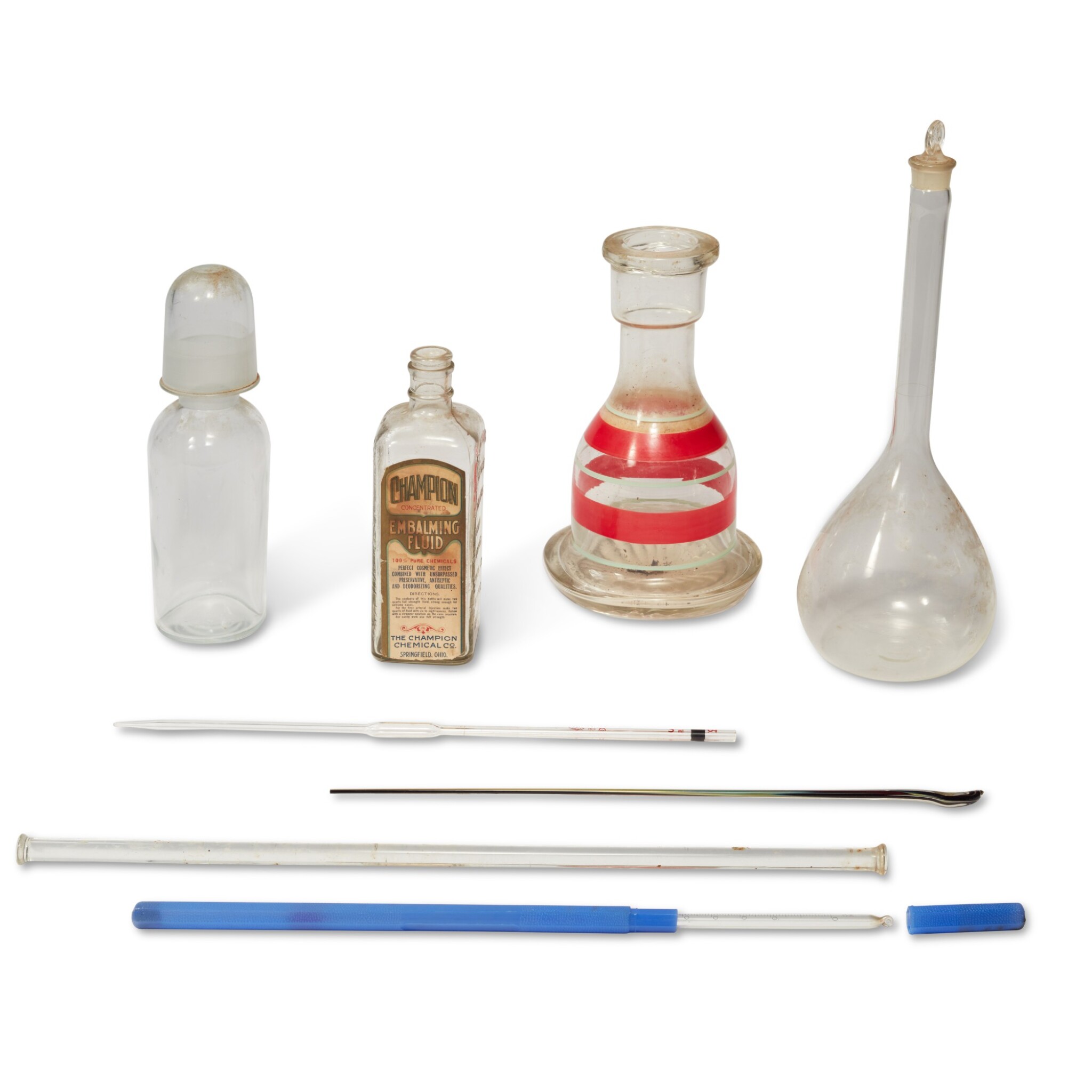 The alchemist Owsley “Bear” Stanley, who transformed not only the Dead’s sound, but American consciousness

The tools of the trade, belonging to the man “most responsible for psychedlicizing the United States” (Jarnow 16). Stanley was the Dead’s audio engineer, longtime friend, and perhaps the most notable LSD chemist in the 1960s. He was able to produce extremely large quantities of very pure LSD out of his home laboratory in Point Richmond, California: “Without him, there simply wouldn’t have been enough acid for the psychedelic scene of the Bay Area in the sixties to have ignited” (McNally 118). He gave away large amounts of his LSD, and it was distributed widely—reaching far beyond San Francisco. While there were others, “no chemist will be as influential on the unfolding story of LSD in the United States as Owsley Stanley” (Jarnow 17).

Born in Kentucky in 1935, Bear was the son of a prominent political family. He was a highly intelligent, domineering personality—“a man who combined brilliance and charisma with social dysfunction, a genius who would fascinate the Grateful Dead, but at the same time a southern aristocrat … a man isolated from others by intelligence and personality to the point of extreme elitism, so that while he was not genteel, he remained gentry” (McNally 117). Although he did not graduate from high school, he briefly studied engineering at the University of Virginia; but his glimpse into the life of an engineer left him cold, and he dropped out after a year. He ultimately joined the Air Force, where he worked as an electronic specialist for 18 months, before being discharged.

Bear briefly enrolled at the University of California, Berkeley, in 1963, where he was exposed to the world of psychedelics. After trying the original Sandoz LSD, he quickly became determined to learn how to synthesize it himself. Although he soon dropped out, he used his Berkeley lab to order 500 grams of lysergic acid monohydrate—he then produced a staggering 300,000 doses of LSD in his home laboratory. Stanley was “a savant with an obsession for quality,” but his rigor was influenced by spiritual concerns as much as scientific ones (Jarnow 17). He was well versed in theosophical thinking, and it informed his approach to chemistry: “Since LSD itself modulated the mind, Owsley assumed that it was profoundly sensitive to the atmosphere in which it was made, and he approached making it as an alchemical act, with a fanatical concern for purity of both heart and chemistry. His standards were so exacting that he rejected a significant proportion of his yield” (McNally 118).

It’s estimated that in the two years that Stanley synthesized LSD, he produced at least 1.25 million hits. His doses spread widely, transforming the psychological and musical landscape of the 1960s. He likely produced the LSD that the Beatles took for the first time, bringing psychedelic influence to the world, and forever altering popular music. The items featured here are the last remnants of that transformational moment—the tools from Stanley’s original set up, which helped to reshape consciousness in the twentieth century.

By 1966, LSD was a topic of national conversation, and it wouldn’t be long before it was declared illegal—and Stanley was already under watch by the police, who had busted his laboratory multiple times hoping to find methamphetamine. In 1967, another drug, STP, became widely distributed in the Bay Area—particularly in the Haight-Ashbury, the epicenter of the hippie movement. It was more dangerous, due to its slow onset and the extremely high doses that were being circulated at the time—the combination of which led many people to take multiple doses, and ultimately to the emergency room. While LSD was not yet criminalized, the police raided Stanley’s lab in late 1967, in an attempt to crack down on STP. They found 350,000 doses of LSD and 1,500 doses of STP, and Stanley was sentenced to three years in federal prison. Upon his release in 1972, he rejoined the Dead, no longer as their “alchemist” but as their sound engineer, ultimately becoming the driving force behind the legendary Wall of Sound.

An iconic and unrepeatable piece of the American psychedelic movement

Owsley Stanley — Ram Rod. "Big" Steve Parish notes: “1970 or ‘71 I was at Ram Rod’s place and Owsley showed up with this cardboard box with what he said was all that was left of his original set up. He gave it to Ram Rod. Every once in awhile we would pull it out and look at it over the years, or show it off at a party. A really great piece of history in that box.”

As used. Please contact the Books and Manuscripts Department for more information: