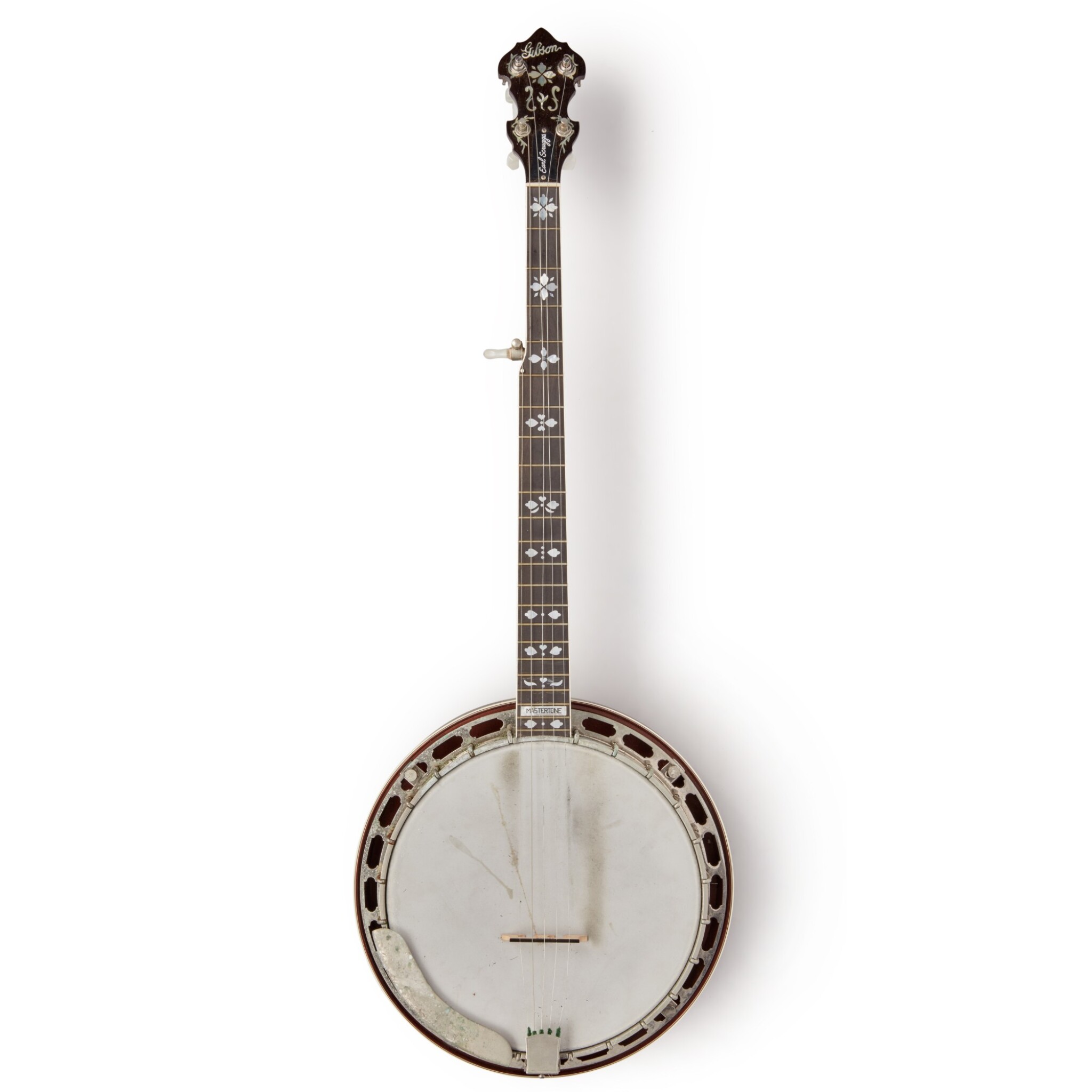 "All banjo players are just bits and pieces of Earl." (Jerry Garcia)

Jerry Garcia’s musical life began with folk music, particularly bluegrass. The banjo was in fact the first instrument that really inspired him and his early admiration for the bluegrass masters like Earl Scruggs and Bill Keith carried over into his later guitar style and love of improvisation.

He would of course revisit the banjo and bluegrass throughout his life—in fact Garcia helped to spark a wide resurgence of interest in bluegrass with his release of Old and In the Way in 1975.

"Big" Steve Parish: "This Gibson Mastertone was played by Jerry many times with David Grisman, in their acoustic act onstage. It was one of Jerry's top three played banjos. We brought it to Hawaii on a family vacation where we shared a house with Jerry and Hunter. It ended up with me bringing it back from LA, where we flew direct to work. A perfect example of Jerry's toxic sweat from playing it. Never got cleaned up. Left a beautiful patina on this personal instrument."

Sotheby's would like to thank Alex Whitman of TR Crandall Guitars for his assistance with this lot.