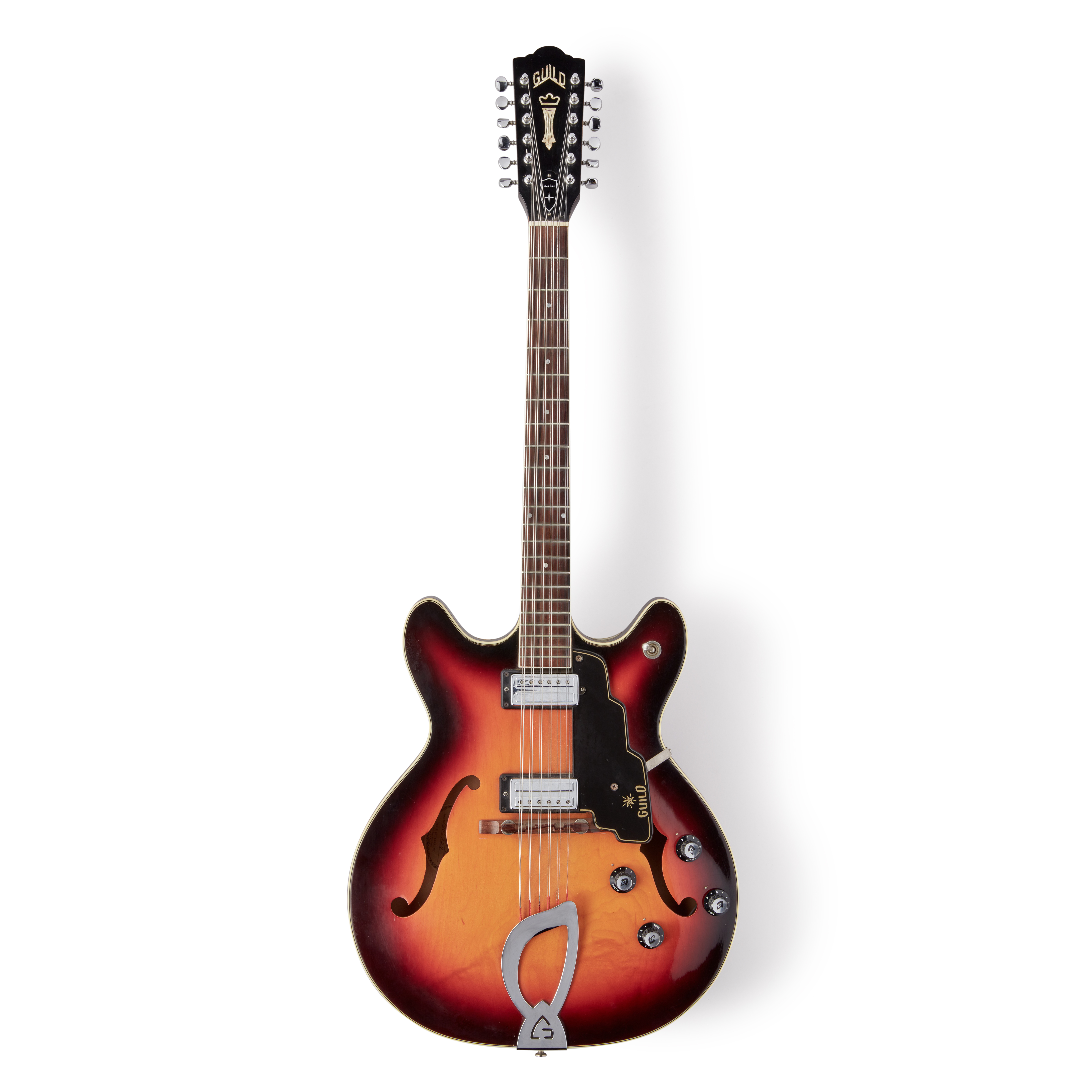 Excellent condition. All original with minor signs of wear for its age.

"Big" Steve Parish: “This 12 string Guild Starfire was purchased by Owsley in early 1968, and he then gave it to Ram Rod for his birthday in 1968. Ram Rod loaned it to Jerry, who played it live on tour in 1969. Jerry would play it on 'Dupree's Diamond Blues' each night. The picture shows him playing it on July 11, 1969 at the Pavillion in New York. Bob Weir also played it.”

Jerry Garcia had a standard red, six string Starfire that he used on the Dead’s first album and into 1967, before moving on to a series of Gibson Les Pauls and then an SG. He must have felt an affinity for the Guild as he returned to using this 12 string model on select songs in concert.

Obtaining any guitar with Garcia playing history from the late 1960s is very difficult—and to have one also played by Weir is even more so. That the present carries the additional provenance of Owsley (who, while not a player himself, had a habit of gifting instruments) and Ram Rod makes this Guild an incredibly evocative artifact from the early years of the Dead.

Sotheby's would like to thank Alex Whitman of TR Crandall Guitars for his assistance with this lot.