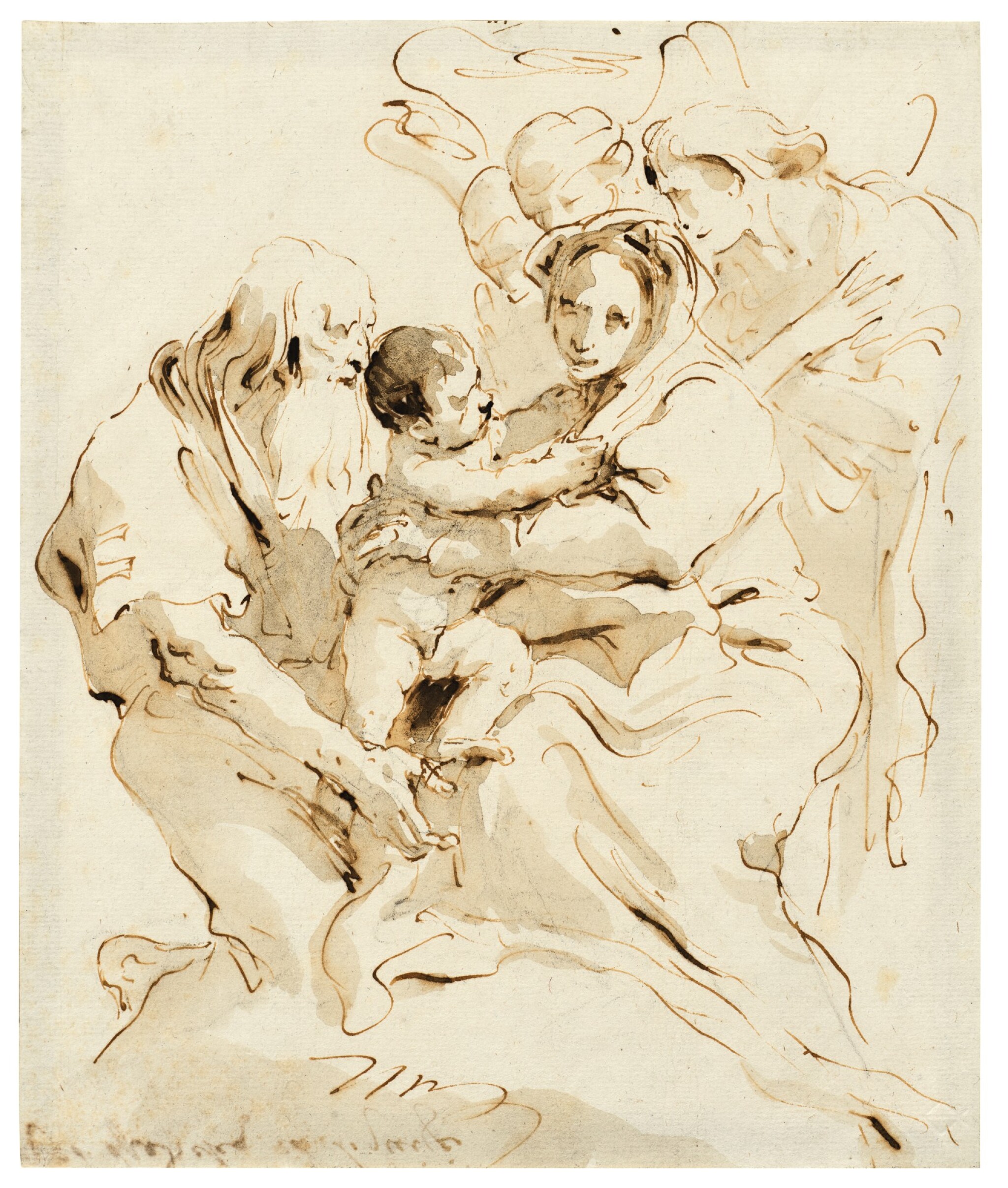 Pen and brown ink and gray wash over traces of black chalk;

Hinge mounted along the right edge to a decorative mount. There is an old vertical crease to the left edge and some show through in the lower left corner from the inscription to the verso. There are a few small light brown stains to the upper left and lower right corners. The drawing remains in otherwise very good condition throughout with the pen and wash vibrant and the image strong. Sold unframed.

This drawing is one of a series of at least seventy-six variations on the theme of the Holy Family originating from the Savile Album (so-called because it first came to light in an exhibition at the Savile Gallery in May 1928), a series of drawings that encapsulate an important aspect of Giambattista Tiepolo's draughtsmanship. Tiepolo had given the album to the Somasco Convent in Venice in 1762, before he left for Spain. It was only after the Cheney sale in 1885 that it was dismembered, some forty drawings being bought by the Savile Gallery, and around fifteen by Alessandro Contini-Bonacossi.1 The same album also contained a remarkable series of head studies (see lot 246).

The drawings in the Holy Family series, dated by George Knox to the period 1754-62, appear to have been made as independent works of art. None of the individual variations are connected with any painted projects. Knox comments that these drawings 'float on the page like exquisite arabesques, and together represent the most magnificently sustained testimony to Giambattista's graphic inventiveness.'2  Some of the drawings depict just the three key figures of the Christ Child and his parents, while in others Giambattista incorporated, as here, additional elements, such as the young St. John the Baptist, various adoring angels, and devices like sketchy palm trees that hint at physical settings. As Bernard Aikema has, however, noted, the iconography of these drawings may have been of less interest to Tiepolo than the compositions themselves.3