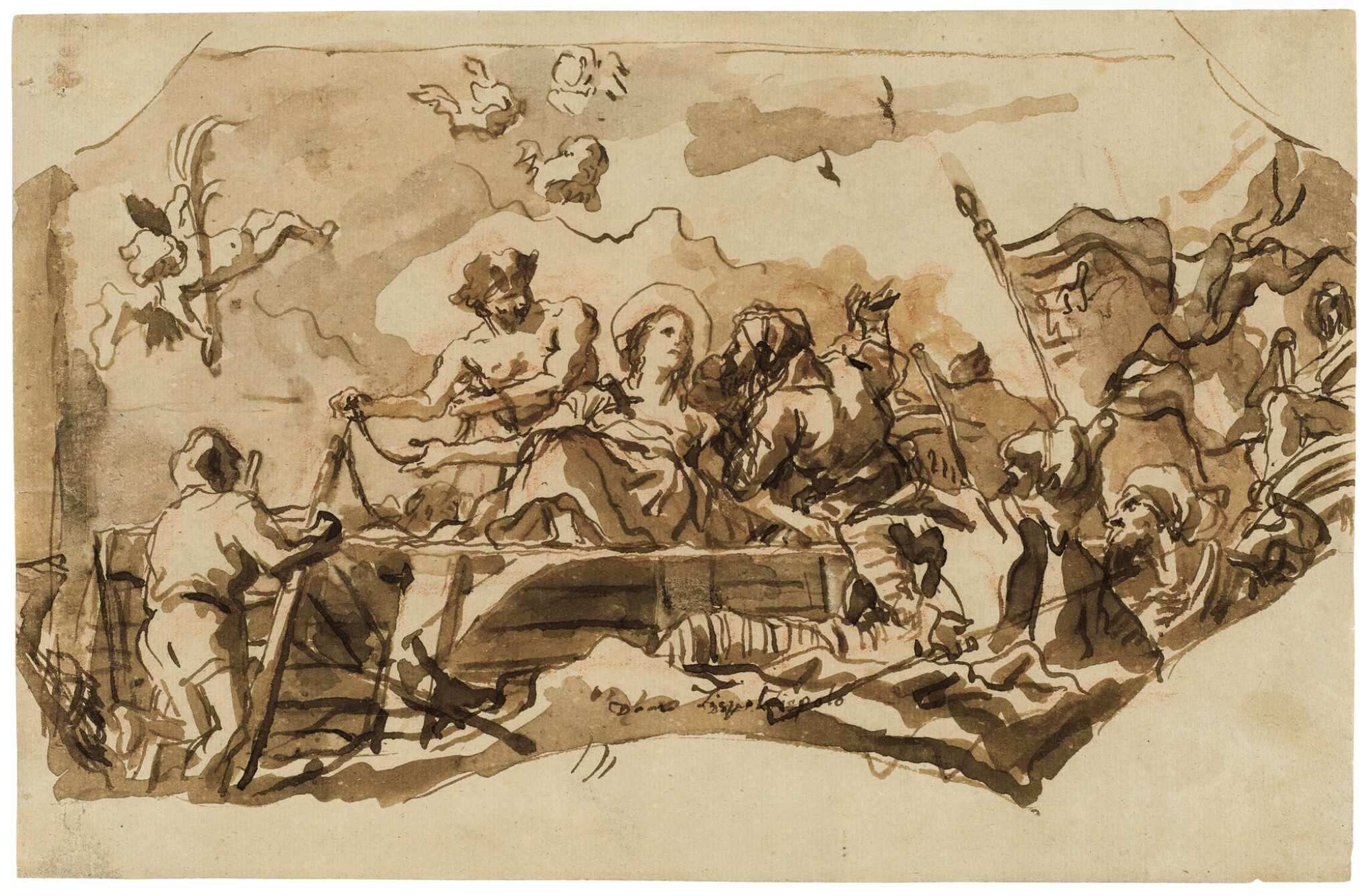 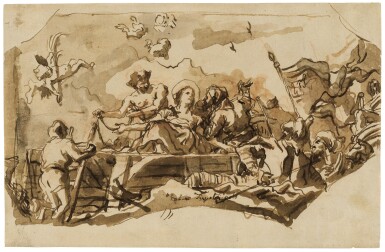 Pen and brown ink and wash over red chalk;

Hinge mounted to a thin card backing. There is some toning to the sheet and an old repair to the lower left corner and a repaired tear to the centre of the left edge. There is a light brown stain to the lower right corner and some surface dirt to the upper left corner. The combination of media remains in very fine condition throughout with both the pen and wash in good condition. Sold unframed.

As alluded to by Gealt and Knox in their 1996-7 exhibition catalogue entries on this drawing, its format clearly suggests it was made as a preparatory study for one of the four corner elements of a very elaborate ceiling decoration. It has not been possible to relate it, thus far, to a known project, however it can be compared in certain respects to a drawing by Giambattista, depicting the same subject, previously part of the celebrated Orloff Album (see lot 274).1When this drawing last appeared at auction in 1977 (see Provenance) the Martyrdom depicted was thought to be that of St. Afra, due in part to the pyre on which she appears to be in the process of being bound. Gealt and Knox subsequently describe it, however, as the Martyrdom of St. Giustina, due to the presence of the sword with which she has been martyred.