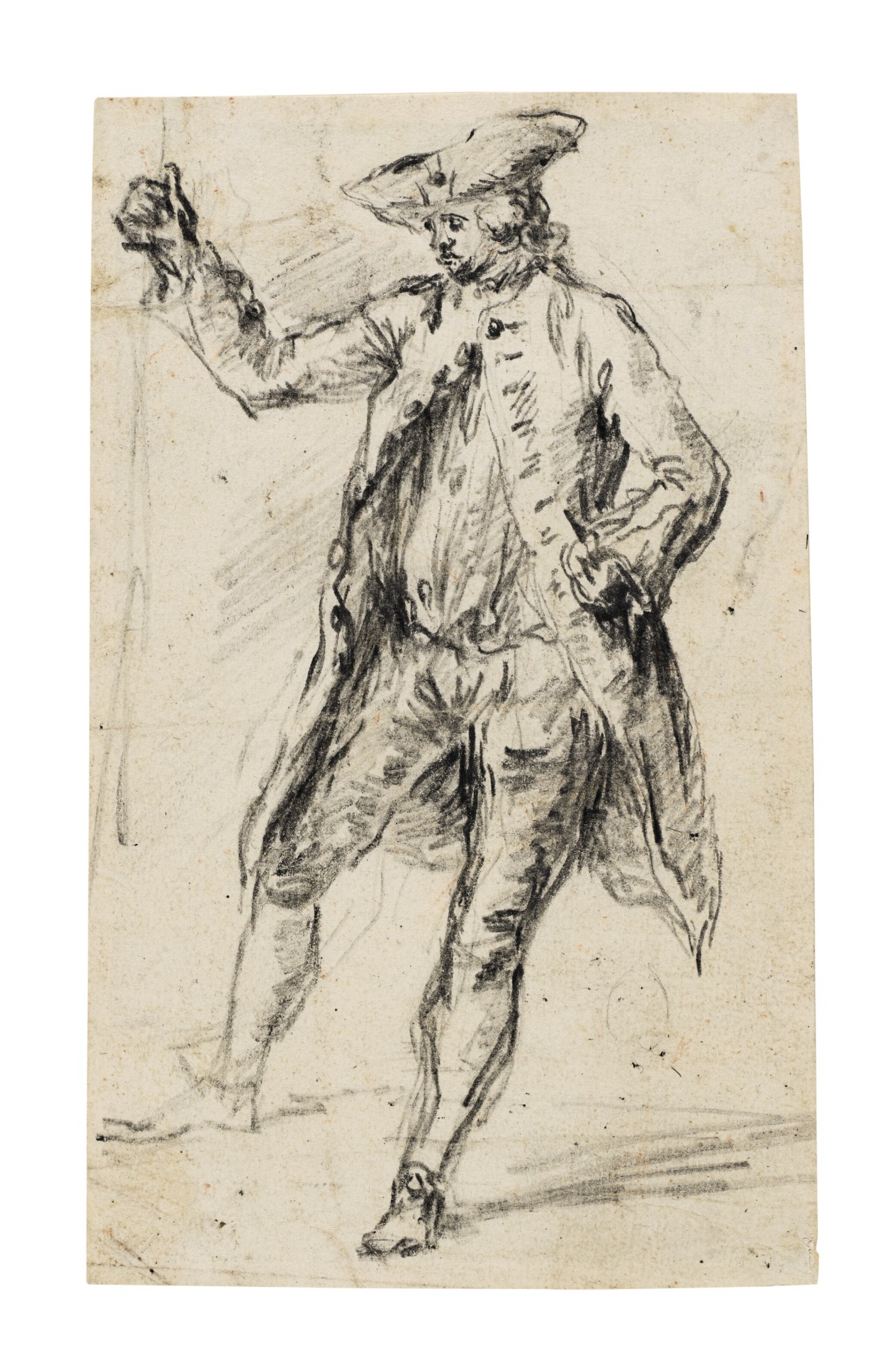 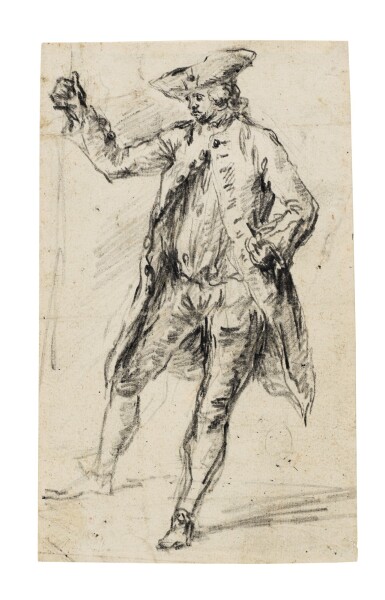 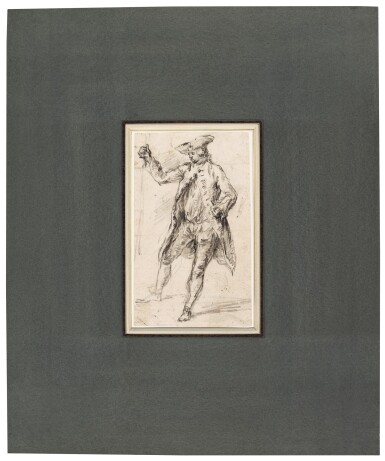 Window mounted to a modern decorative backing. There is some very minor scattered surface dirt to the sheet and a slight horizontal old crease to the centre. There is a sensitively repaired old tear to the upper left corner, only visible upon extremely close inspection. The black chalk remains in very fine condition throughout this delightful street, with the image strong. Sold unframed.

This elegantly attired gentleman, wearing a tricorn hat, assuredly rendered in black chalk, is a rare example of one of Piranesi’s carefully drawn studies dal vero (from life). The subject, described by Hylton Thomas as possibly a young man casting dice, is not entirely clear.1 One can also imagine that the gentleman, with his arm raised, might be holding a walking stick; the vertically drawn black chalk lines could hint at this type of prop. Ambivalence in attributes aside, here Piranesi excels in bringing his figure to life; this is no static or still character, but one that is in perpetual motion. As Thomas put it: ‘whether in chalk or ink, the figures share one very notable trait - they are studies of movement. The human figure in action, rather than the human body per se, fascinated Piranesi.’2Thomas suggests a dating of c. 1760-70, but points out the difficulty in establishing a chronology for these rare, carefully drawn figure studies (of which all except one of the known examples are executed in chalk).3  Very close to the O'Brien study is A gentleman with a walking stick, in the National Gallery of Art, Washington D.C. (inv. no. 1980.40.1). Throughout his career Piranesi produced many studies of figures which seem, for the most part, to have been made for the purpose of building a repertoire of figural motifs to be used in his prints or etchings. In this example, the elongated forms, jagged edges and unfinished extremities that define many of Piranesi’s studies are absent. Here, we see a much more mannered approach, paying close attention to details in the folds of his coat, in the proportions of the body and in the believable weight of the figure. Thomas also comments on the gentleman’s attire, remarking that well dressed characters appear much less frequently in Piranesi’s prints than the ragamuffins who typically populate his compositions.

Dr. O’Brien’s drawing is a rare glimpse into another aspect of Piranesi’s talent as a draughtsman and illustrates beautifully his mastery of line and movement.