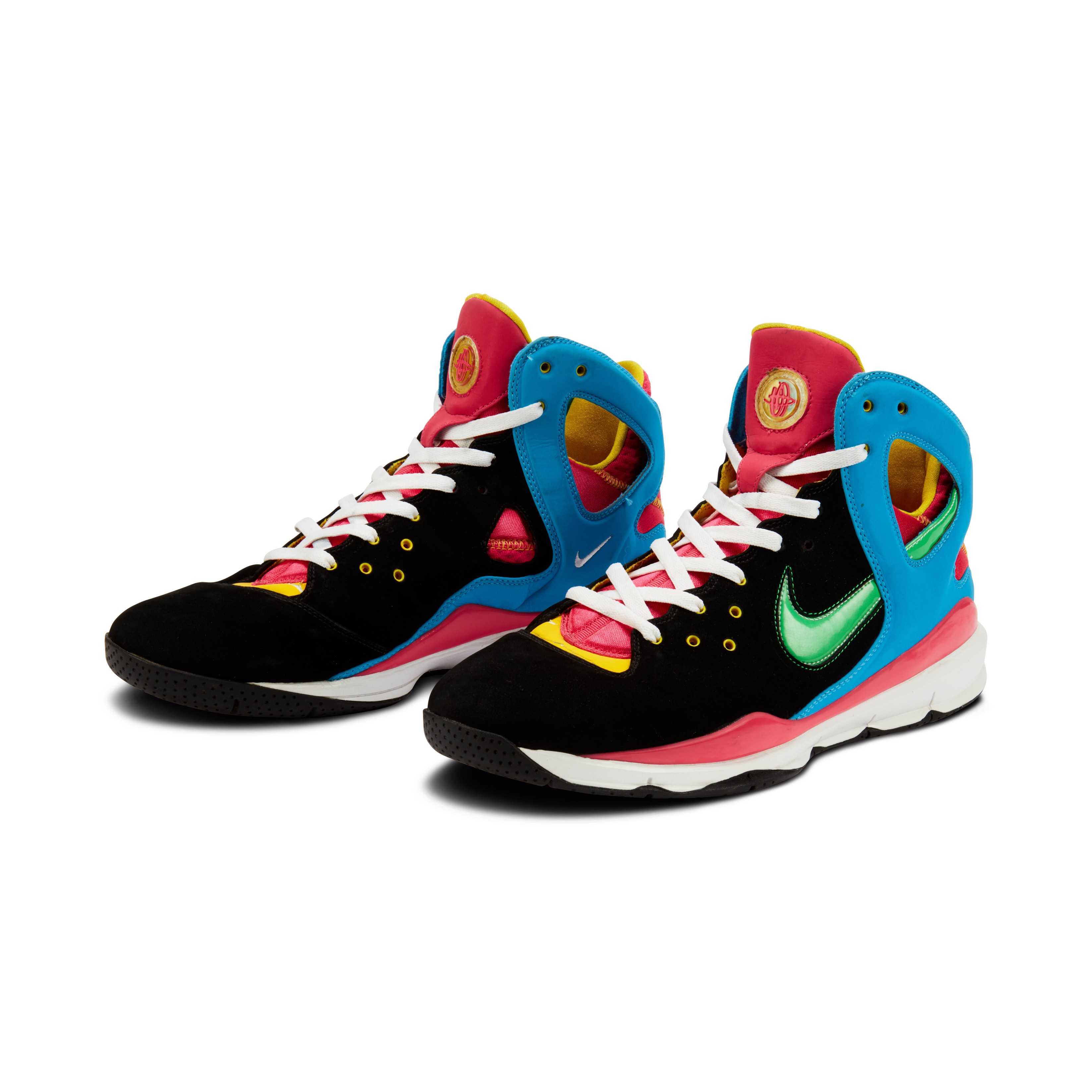 The sneakers are in excellent condition, but are not deadstock. Light creasing on the toe boxes.

Kanye West, now known as ‘Ye’ is among the most influential rappers, designers, and artists alive today. He has sold more than 20 million albums and over 140 million singles and has won over 20 Grammy Awards. He was named one of Time Magazine’s most influential people in both 2005 and 2015, and his art has touched the lives of millions, both through music and fashion.

Offered here is a pair of one of the rarest Kanye West samples known to exist, the ‘Glow in the Dark Tour’ Huarache. It is rumored that only 5 pairs were created. The sneakers were made by Nike in honor of Mr. West, with colors reminiscent of his neon-inspired concerts in the late 2000s.