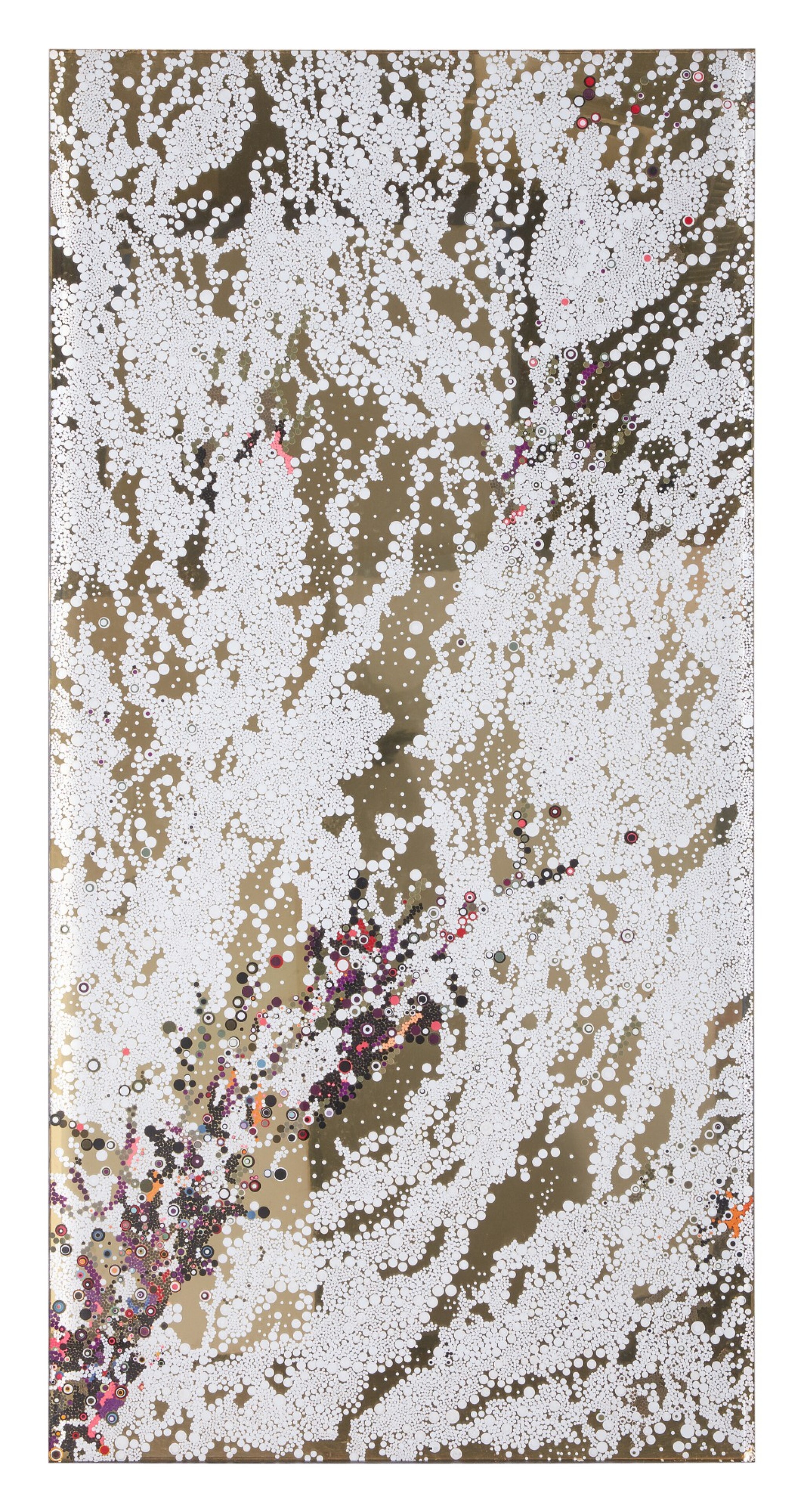 Kher's signature motif is the bindi. In India, the bindi is a traditional mark of pigment applied to the forehead which is associated with the Hindu symbol of the third eye that sees beyond the material world. It is also traditional in wedding ceremonies, where the red daub on the bride's forehead (believed to have been the husband's blood in centuries past) is a marker of marital status. In today's modern India, however, these cultural associations of the past are increasingly diminished and bindis have been transformed into mass-produced, vinyl stickers, disposable objects hollow of meaning which have become secular, feminine fashion accessories.

Kher is acutely aware of these associations and plays on the pluralism of ancient Indian customs juxtaposed with modern Western values. In a society increasingly receptive to foreign influence, many Indians remain overtly reverent to their own deeply ingrained history and culture, yet nonetheless this is a period of seismic shift for India as it undergoes the changes wrought by globalisation, commerce and consumerism. India's cultural wealth derives in part from its inherent contradictions which have existed for centuries; it is the friction at the fault lines of these contradictions which are increasingly under stress from the fast pace of change and which Kher so observantly layers in her work. The social roles, traditional rituals, gender relationships and popular culture of India past and present are all scrutinised from Kher's unique trans-national vantage point. Born in London and trained in Newcastle, Kher is a rare reverse émigré who moved back to India from the United Kingdom in 1992 at the age of 23, having not set foot on Indian soil for almost twenty years. Questions of her own identity and her place as a successful female artist with a western upbringing in modern Indian society are inevitably entwined into her ethnographic observations of contemporary Indian life.