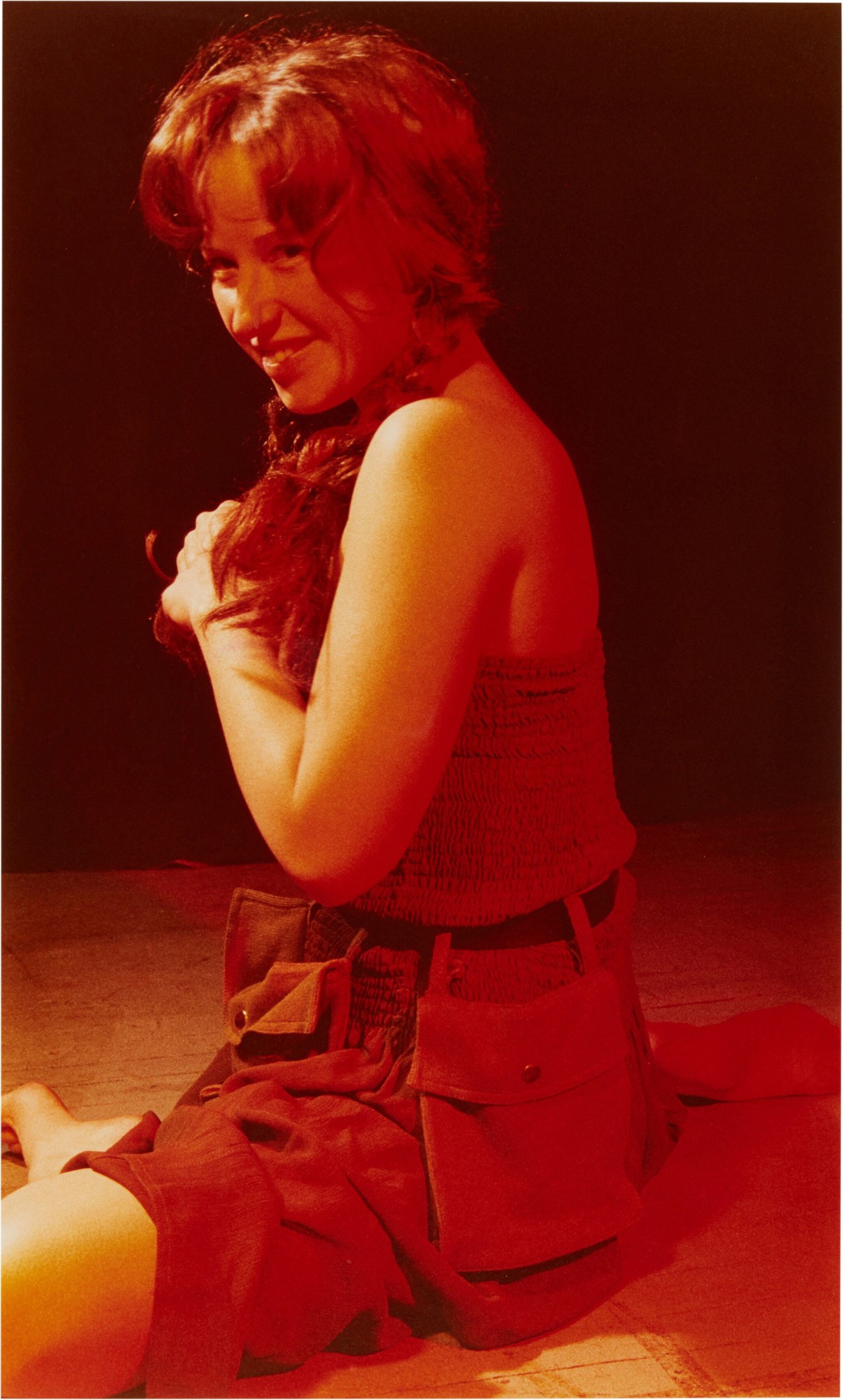 This work is in very good condition overall. The print is hinged along the upper edge of the reverse to the backing board. There are no apparent surface scratches or accretions. Framed under Plexiglas.

Acquired from the above by the present owner in 1989

Executed in 1983, Cindy Sherman’s Untitled # 121 (Girl with Pigtails) disarms the male gaze as an element of the grotesque unsettles the representation of the female body. The current work belongs to Sherman’s celebrated series of fashion photographs, which were commissioned by Diane Benson in 1983 for Interview magazine. In this series, Sherman continues her critical exploration of cultural stereotypes as she subverts the modes of display and the sexualization of the female form that were (and still are) popular in magazines by creating intentionally grotesque characters. As Sherman explains, “I really started to make fun, not of the clothes, but much more of the fashion. I was starting to put scar tissue on my face to become really ugly.”[1]

In this series, Sherman is thus concerned with the de-fetishization of the female subject. She unveils the woman underneath her cosmetic façade — although Sherman is still ironically putting on a disguise of her own. In the current work, the girl’s disheveled hair and contorted pose make a mockery of the typical fashion photograph. With a manic grin on her face, she stares threateningly toward the viewer. This woman is no longer the vulnerable, supine woman of Sherman’s Centerfolds (1981). Instead, bathed in blood-red light, she seems to contemplate some vengeance, and it is in fact the viewer who begins to feel at risk.