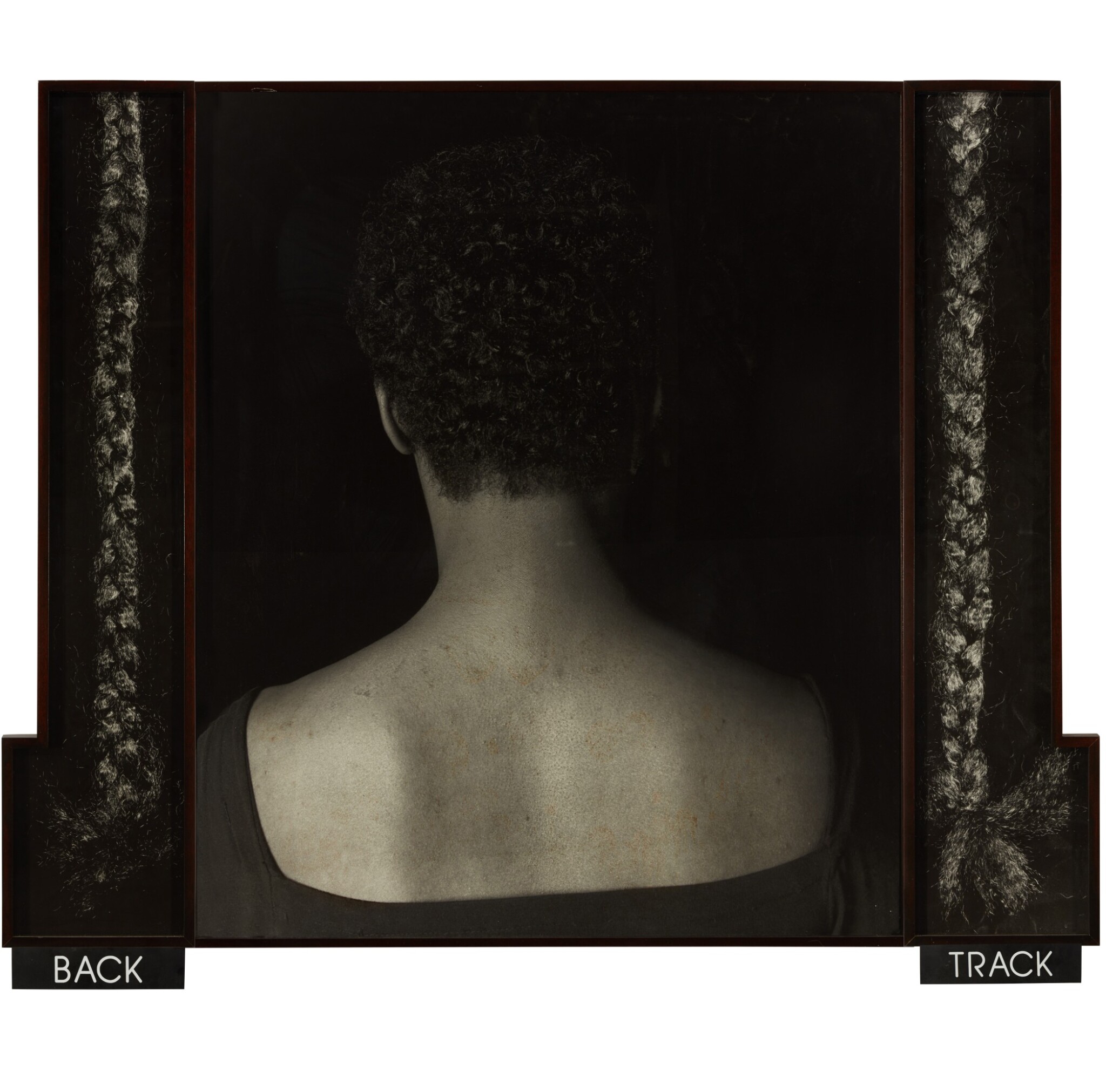 This work is in very good condition overall. There are no apparent surface scratches or accretions. There is a fine layer of surface dust present throughout, visible upon close inspection. Please note this work has not been examined outside of its frame. Framed in artist's frames under Plexiglas.

Lorna Simpson’s 2 Tracks interrogates the very nature of historical progress through a complex synthesis of text and image. The repetition of the braid, instead of clarifying, complicates meaning, as it becomes a multivalent symbol. The braid, as a symbol of Black beauty and culture, also suggests – once it is cut off from the human head – both a noose and a whip. The braid thus becomes an equivocal symbol of both violence and beauty. Similarly, the words “BACK TRACK” that punctuate each braid seem to reference whipping (“back”) and perhaps the Fugitive Slave Act (“track”). Working in the early 1990s just before Rodney King and the Los Angeles Riots, Simpson, through her references to the history of slavery, seems to be questioning how much progress has really been made in America. In fact, “BACK TRACK” suggests a historical regression – a failure of progress. However, Simpson embraces ambiguity instead of offering answers. The central figure, who has turned her back on the viewer, is simultaneously defiant and vulnerable, and seems to fluctuate between "backtracking" and true progress. Befitting its importance within the artist's oeuvre, two other examples from this edition of four reside in significant museum collections, with one example at the Whitney Museum of American Art and another at the Denver Art Museum.