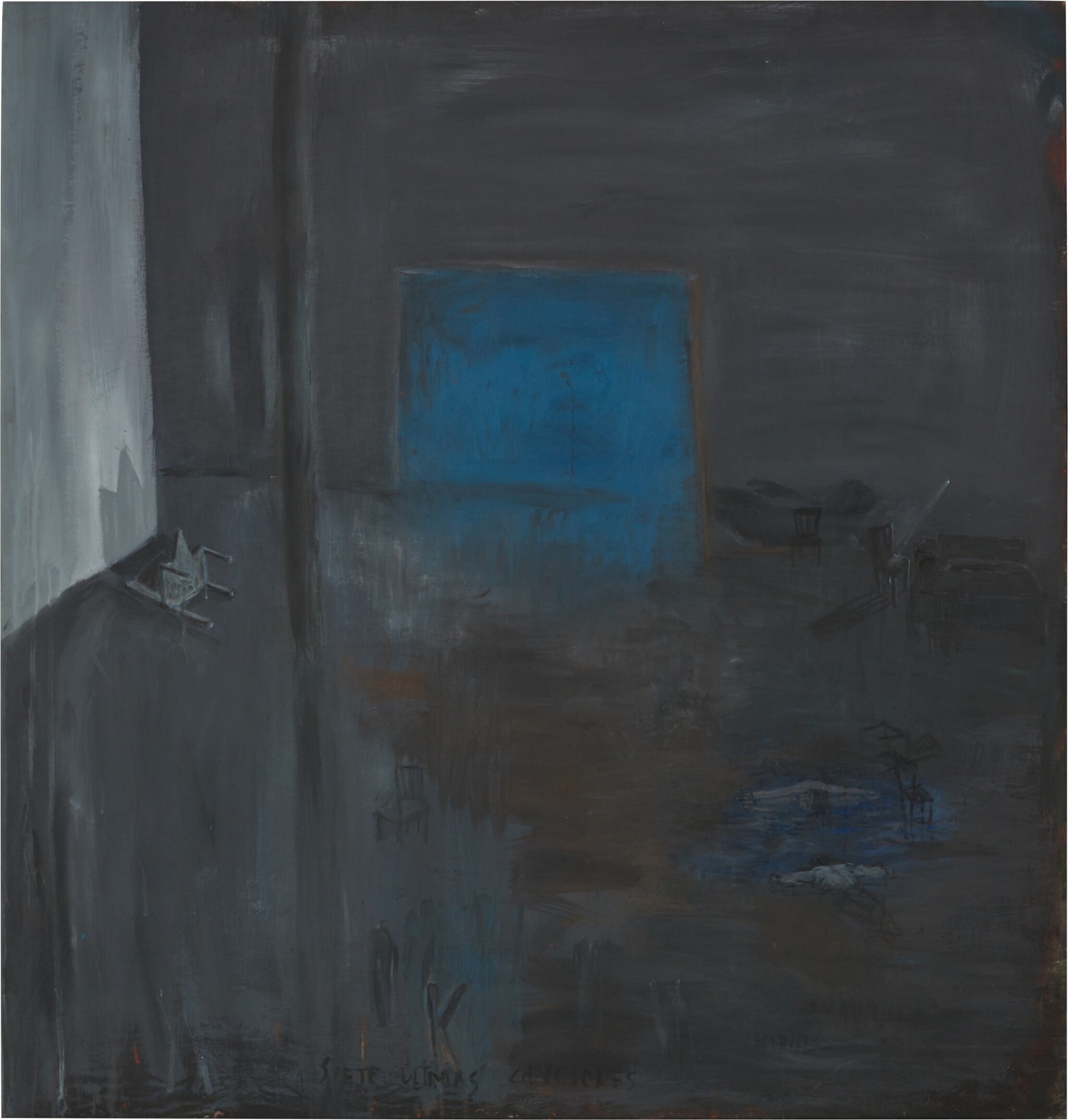 This work is in very good condition overall. There are tonal and textural variations to the surface, inherent to the artist's working method. Under ultraviolet light, there is no evidence of restoration. Framed without glazing.

Acquired from the above by the present owner in 1995

Executed in 1986, Guillermo Kuitca’s Siete últimas canciones meditates on the unknowable tragedy of human life. At first glance, the current work almost appears as an abstraction, but upon closer inspection, a cavernous space emerges from shadow. Kuitca, who has been fascinated by theater, music and architecture throughout his career, often portrays these kinds of mysterious, eerily silent spaces that seem to be caught in between dream and reality, between memory and oblivion, as if about to be forgotten. Two towering walls, an ominous column and the central, illuminated blue stage anchor the viewer in this nightmarish scene. We recognize ourselves in some kind of theater; however, this theater is marked by absence. The empty bed — one of the defining motifs of Kuitca’s work — and the vacant, upturned chairs, which are scattered throughout the room, suggest some loss or tragedy. Furthermore, Kuitca’s title, which references Richard Strauss’s mournful musical composition, Four Last Songs, emphasizes the work’s sepulchral tone. The theater, which is usually a place of merriment and joy, is transformed into a chamber of fear in Kuitca’s hands. The viewer’s uneasiness reaches a fever pitch as two prostrate corpses surface from the darkness. We can never know the exact nature of this tragedy, for as Kuitca explains, “the story, in the anecdotal sense, had been erased, but what was left was a strong sense that we see a scene in which something has already happened."[1] We look upon this scene as if witnessing the aftermath of some horrible crime, but the theater simultaneously becomes an interior space that mirrors our own anxiety.