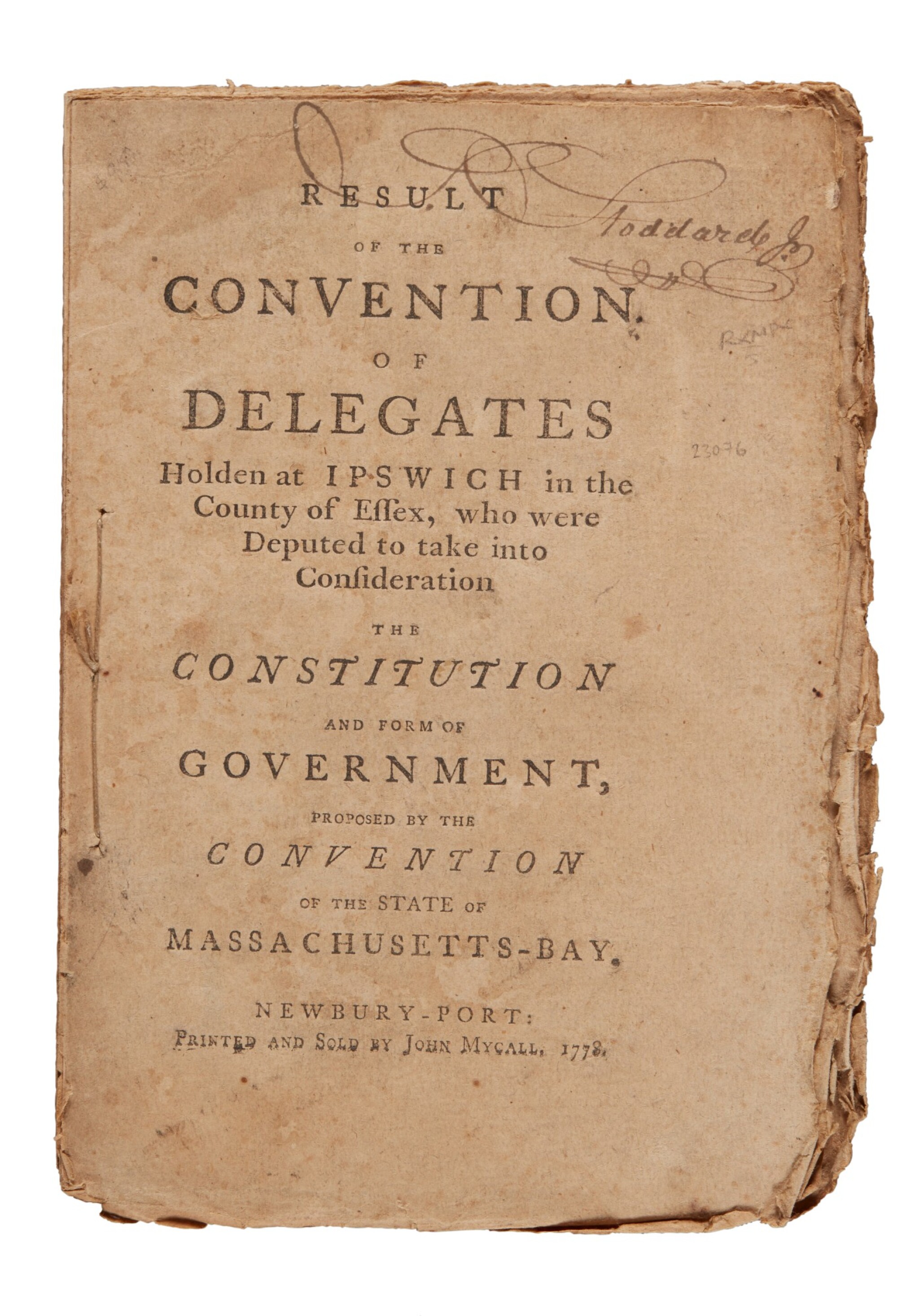 Result of the Convention of Delegates Holden at Ipswich in the County of Essex, Who Were Deputed to Take into Consideration the Constitution and Form of Government, Proposed by the Convention of the State of Massachusetts-Bay. Newbury-Port: Printed and Sold by John Mycall, 1778

Theophilus Parsons was a member of the political lobby known as the "Essex Junto," which proved to be a key faction in the defeat of the proposed constitution of 1778. The present pamphlet, sometimes referred to as the "Essex Result," outlines the reasons for rejecting the constitution.

The "earliest, ablest, and fullest exposition that had been made of the principles upon which Republican institutions must be founded. [Parson's] plan was largely followed by [John] Adams in his drafting of the Massachusetts Constitution of 1780" (DAB).