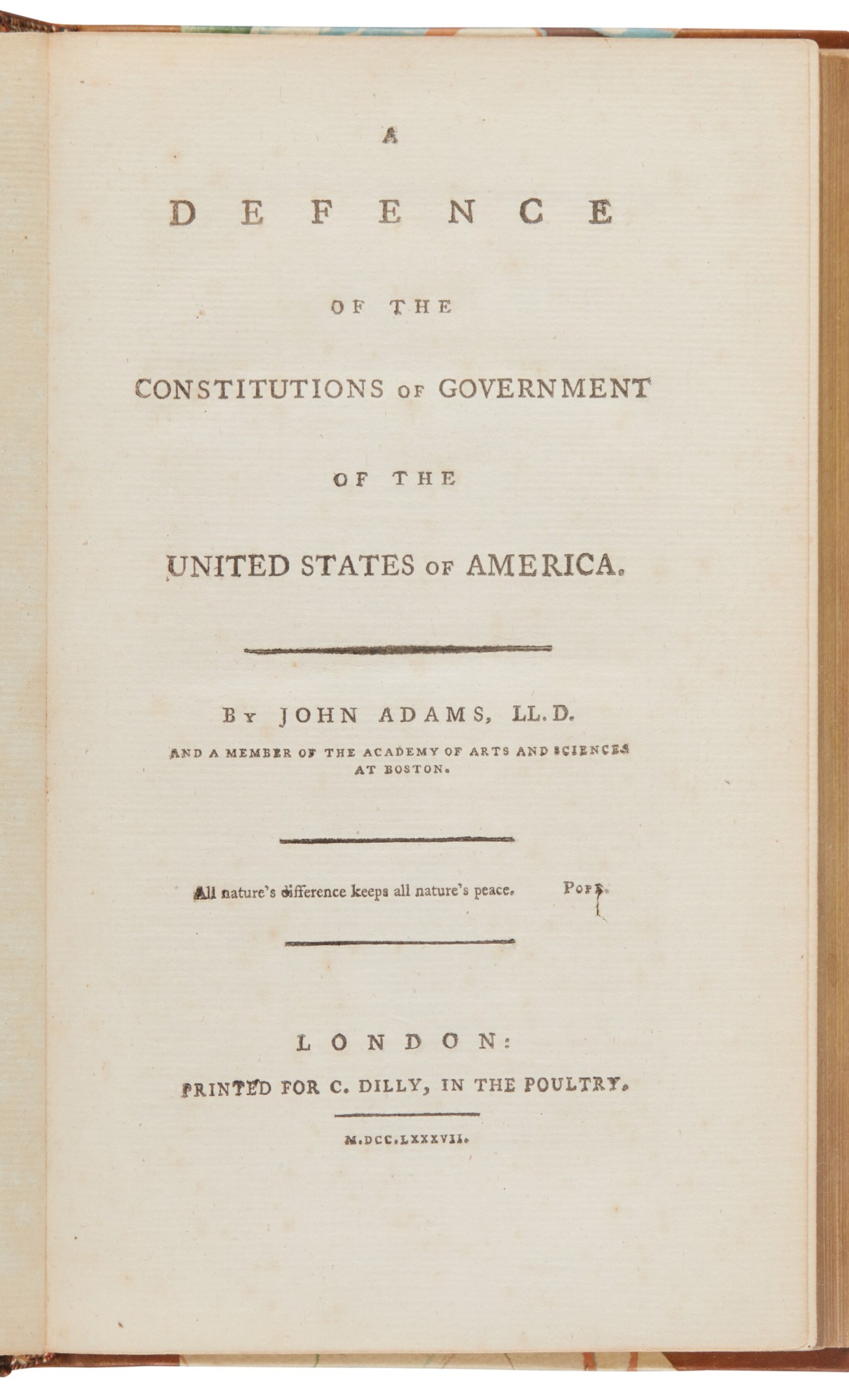 First complete edition of Adams's most powerful political discourse. While Minister to the Court of St. James, he wrote this work on constitutional theory in response to the liberal French statesman Turgot, who had criticized the new American state constitutions for their conservative economic framework. It was first issued as a single volume in 1787, in time to be consulted by the members of the Constitutional Convention, and then was followed with the second and third volumes.

"Adams bestowed more thought on the nature of government … than any of his contemporaries … [It is a] work marked by insight, breadth of views, conviction, courage, and—we may venture to add—much wisdom … " (Larned, Literature of American History 2287).