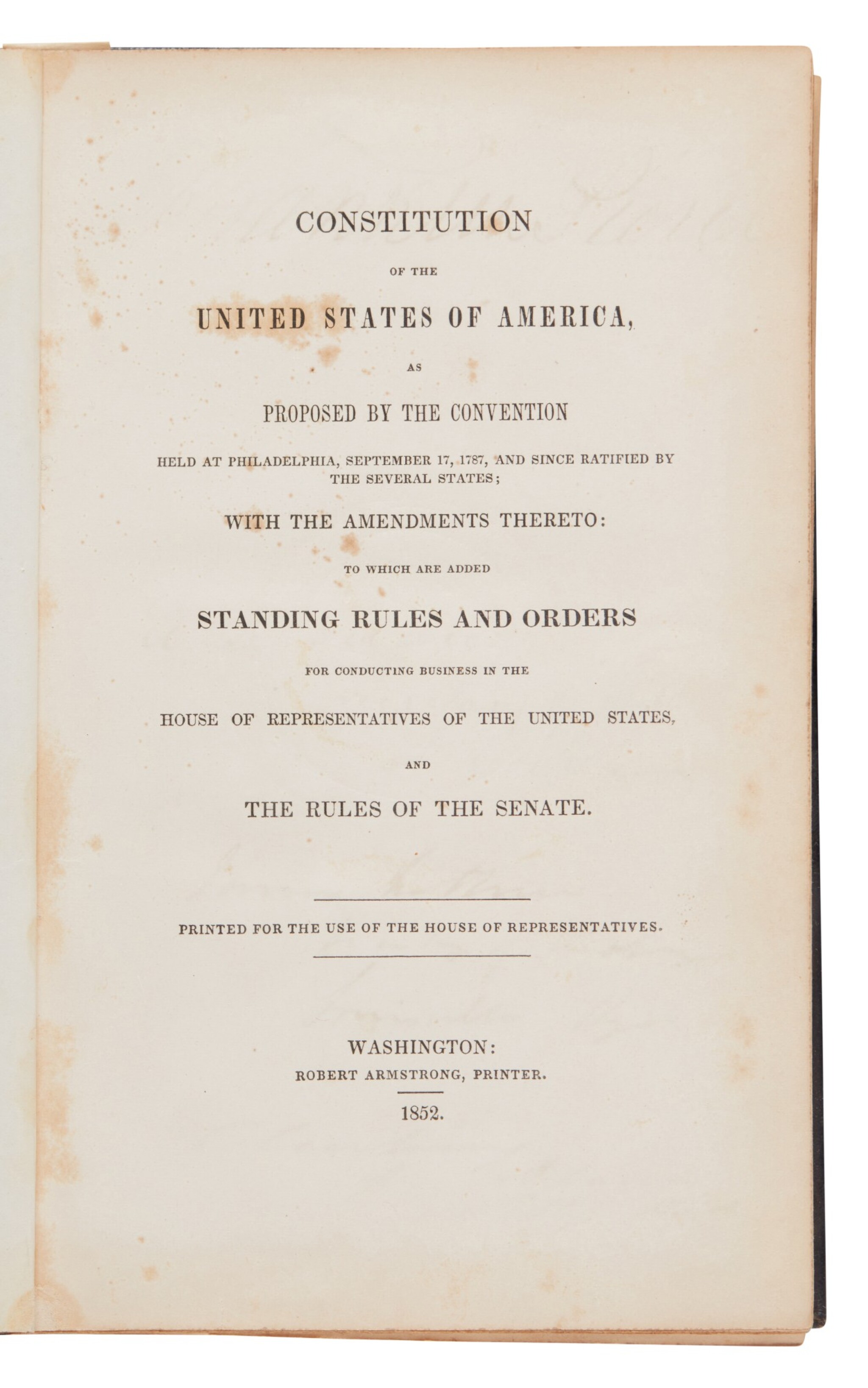 Constitution of the United States, as Proposed by the Convention held at Philadelphia, September 17, 1787, and since Ratified by the Several States; with the Amendments thereto. … Printed for the Use of the House of Representatives. Washington: Robert Armstrong, 1852

8vo (222 x 140 mm). Text interleaved with blank pages (of which 45 are signed, most on both sides); some text and ink offsetting, some light text browning toward the end. Contemporary black morocco gilt, brown coated endpapers; spine split down the center with losses at head and foot.