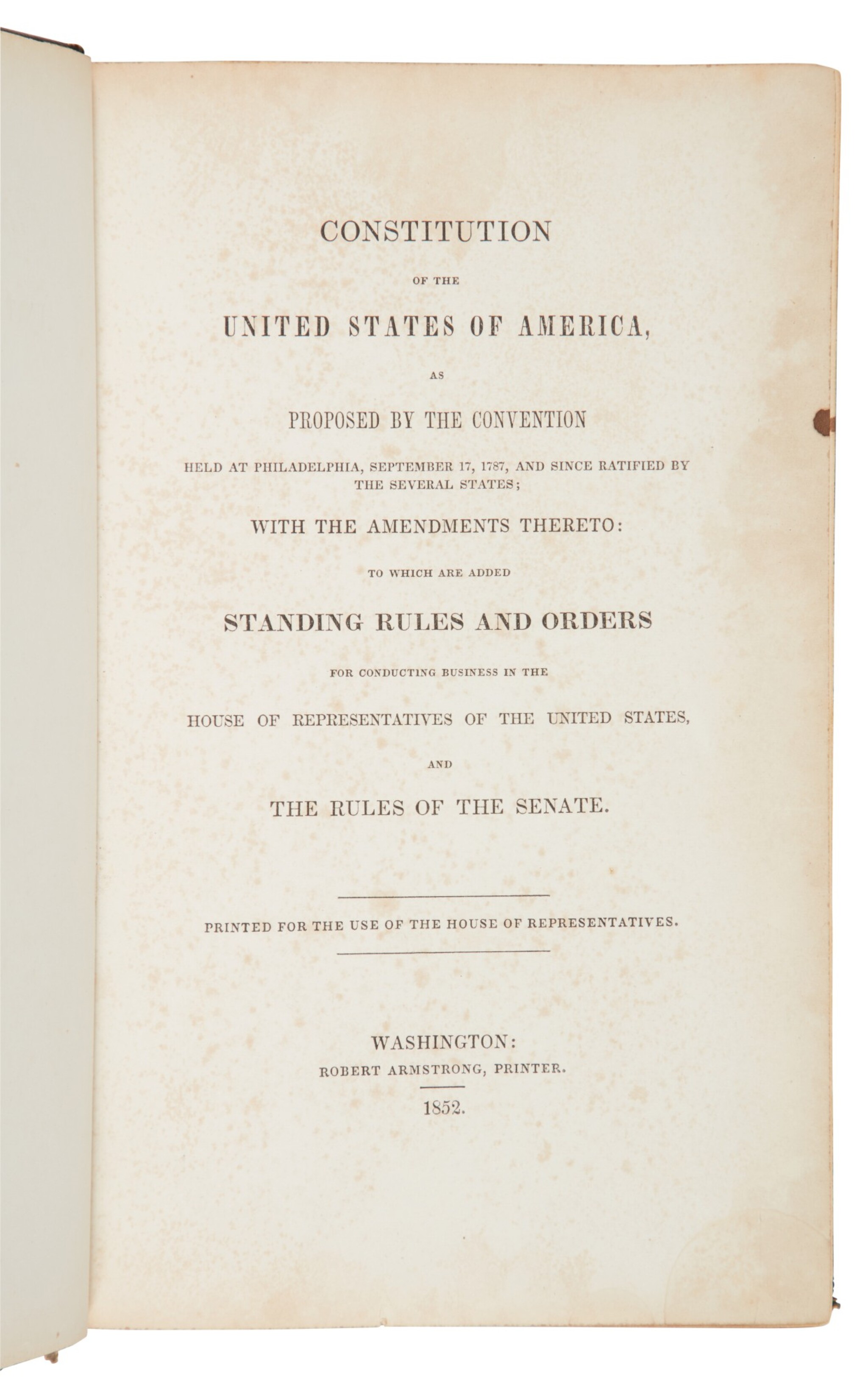 Constitution of the United States, as Proposed by the Convention held at Philadelphia, September 17, 1787, and since Ratified by the Several States; with the Amendments thereto. … Printed for the Use of the House of Representatives. Washington: Robert Armstrong, 1852