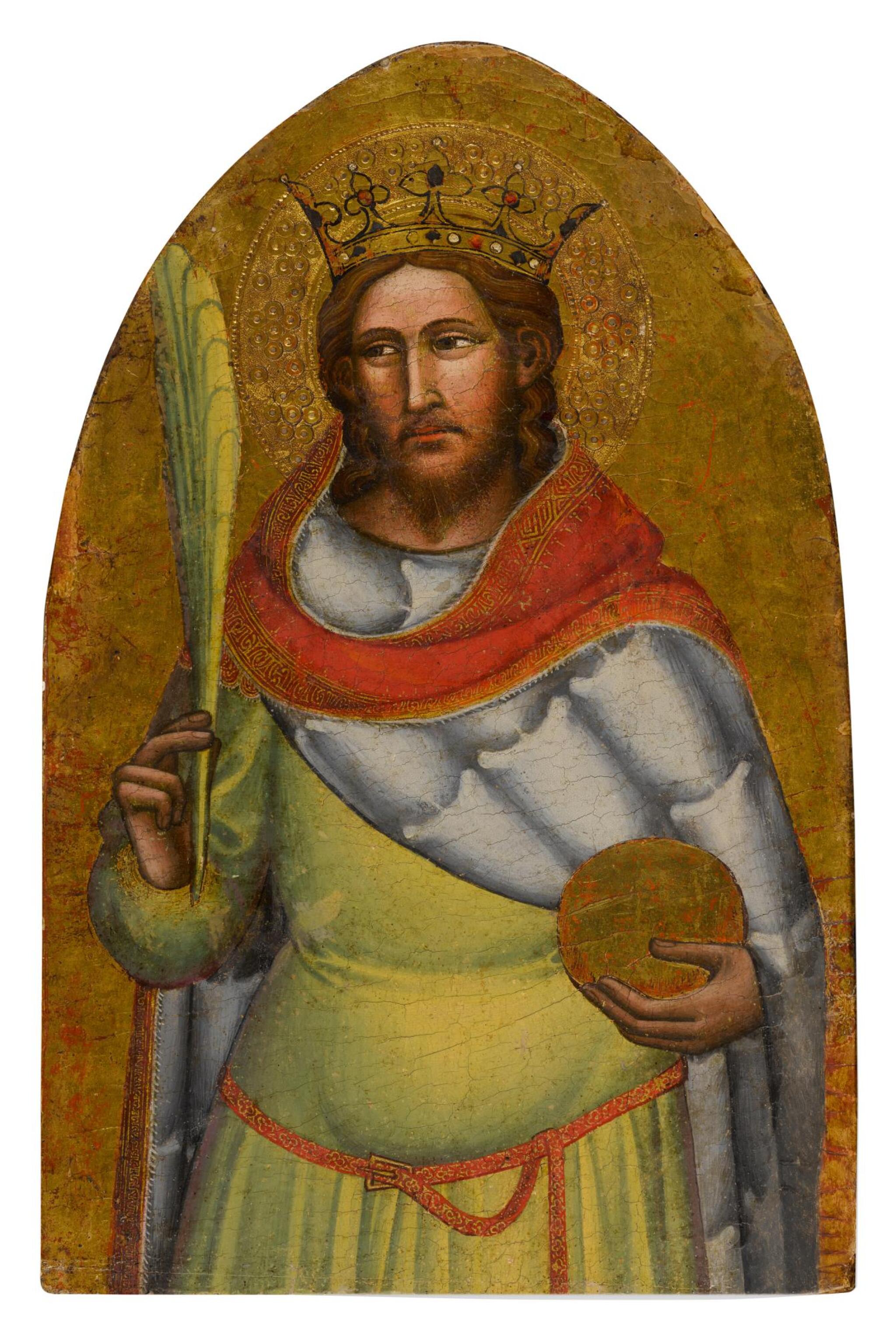 tempera on panel, gold ground, with a shaped top

Crowned and holding an orb and martyr’s palm, the male saint depicted in this panel is almost certainly Saint Sigismund, an historical king of Burgundy. He succeeded his father to the throne in 516 C.E. and after years spent as a penitent, was thrown down a well by his political enemies. His remains were later recovered and a shrine was built in his honor near the Abbey of Saint Maurice d’Agaune (now Switzerland).

As Laurence Kanter notes, Sigismund remained a largely local saint until his relics were translated to Prague by Emperor Charles IV in 1354. His cult then began to take on an international profile and became closely connected in Italy with the Ghibelline cause; Charles IV named his own son Sigismund, and thus the saint’s close association with the imperial family.

Kanter dates this Saint Sigismund to circa 1380-90. and given the timeline of Saint Sigismund’s wider veneration in Europe, has suggested that the present panel may be the earliest depiction of the saint in Tuscan painting. It may have been a lateral element of a larger altarpiece, or perhaps an independent painting for veneration; either way, its subject suggests that it was likely painted for a patron with Ghibelline sympathies.

The attribution of this painting to Gerini was supported by Miklòs Boskovits, who considered it an early work of the artist. An alternate attribution to Spinello Aretino has also been suggested.