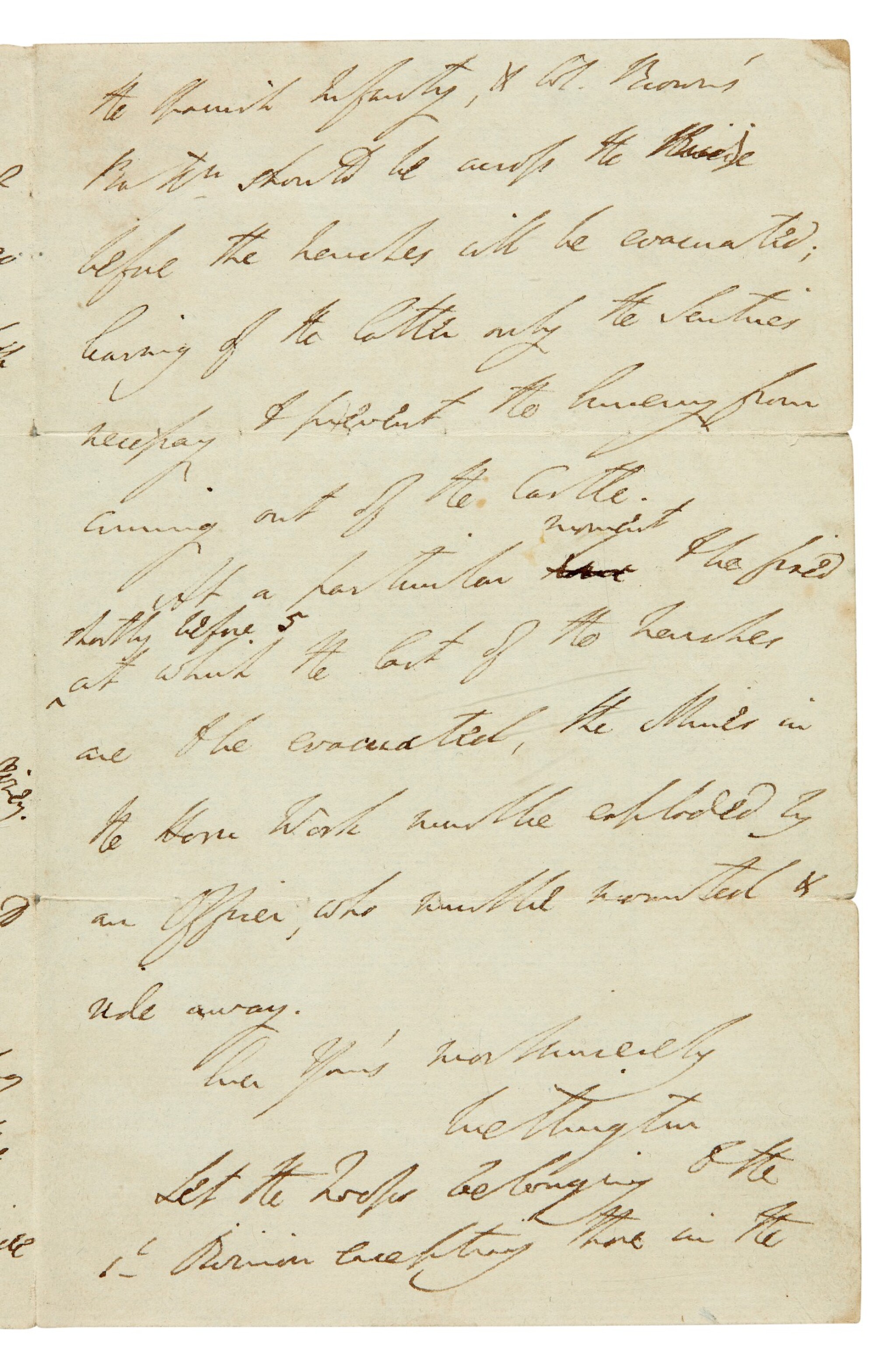 i) To Brigadier-General Sir Denis Pack, giving orders during the retreat from Burgos ("...I am afraid I shall be obliged to give up our position here … I propose to march this night … you will march as soon as the moon will rise and go into the Town … of which you will keep possession as well as of the trenches till 5 o'clock in the Morning … The troops in the trenches should evacuate the Horn Work first … At a particular moment … at which the last of the trenches are to be evacuated, the Mines in the Horn Work must be exploded by an Officer, who must be mounted & ride away...", 4 pages, 8vo, Rubena ("Riobena"), "1/2 past one PM", 21 October 1812

ii) To Lady Elizabeth Pack, after the death of her husband ("...I shall always be happy to manifest my respect and affection for his memory..."), 3 pages, 8vo, Woodford, 5 November 1823, with autograph envelope

A RARE LETTER WITH MILITARY ORDERS TO A TRUSTED OFFICER. Wellington had successfully advanced into northern Spain during the campaign of 1812 but his attack on the city of Burgos failed, and he was forced to retreat, losing most of the gains of the summer. However as this letter shows the retreat was well prepared and Wellington's army slipped away in the night. Denis Pack (1772-1823), who had served in the Peninsula since 1808, was honourably mentioned for his service at Burgos. He was promoted to Major General in 1813 and continued to serve under Wellington until Waterloo, where he was wounded. He died on 24 July 1823.