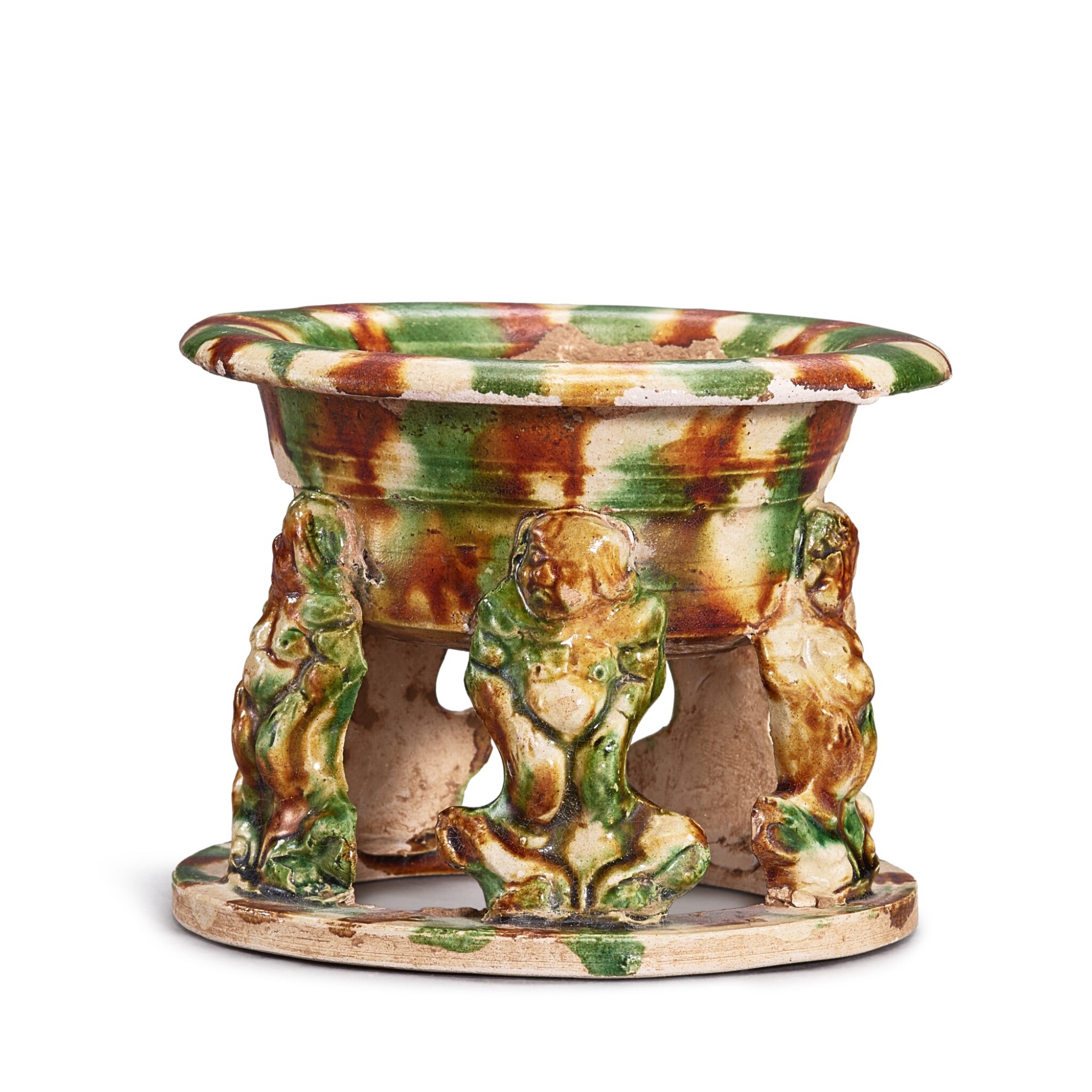 There is a small restored area approx. 2 x 0.5cm to the rim. General surface wear.

While the form of this incense burner closely follows metal prototypes, its feet are in the form of guardian figures, known in Buddhist iconography as Yakshas. These guardians are benign semi-divine beings, half gods half demons, and are recognisable by their stocky pot-bellied appearance. In the Tang dynasty, they were generally depicted with large bulging eyes and wearing only a loin cloth, which gave them an exotic appearance.

Sancai censers with feet in the form of guardians are unusual. Two related pieces, one excavated from a tomb in Luoyang, are illustrated in Zhongguo gu ciyao daxi. Zhongguo Gongyi yao/Series of China’s Ancient Porcelain Kiln Sites. Gongyi Kiln of China, Beijing, 2011, p. 428, centre; another is illustrated in Sekai toji zenshu/ Ceramic Art of the World, vol. 11, Tokyo, 1976, pl. 222.