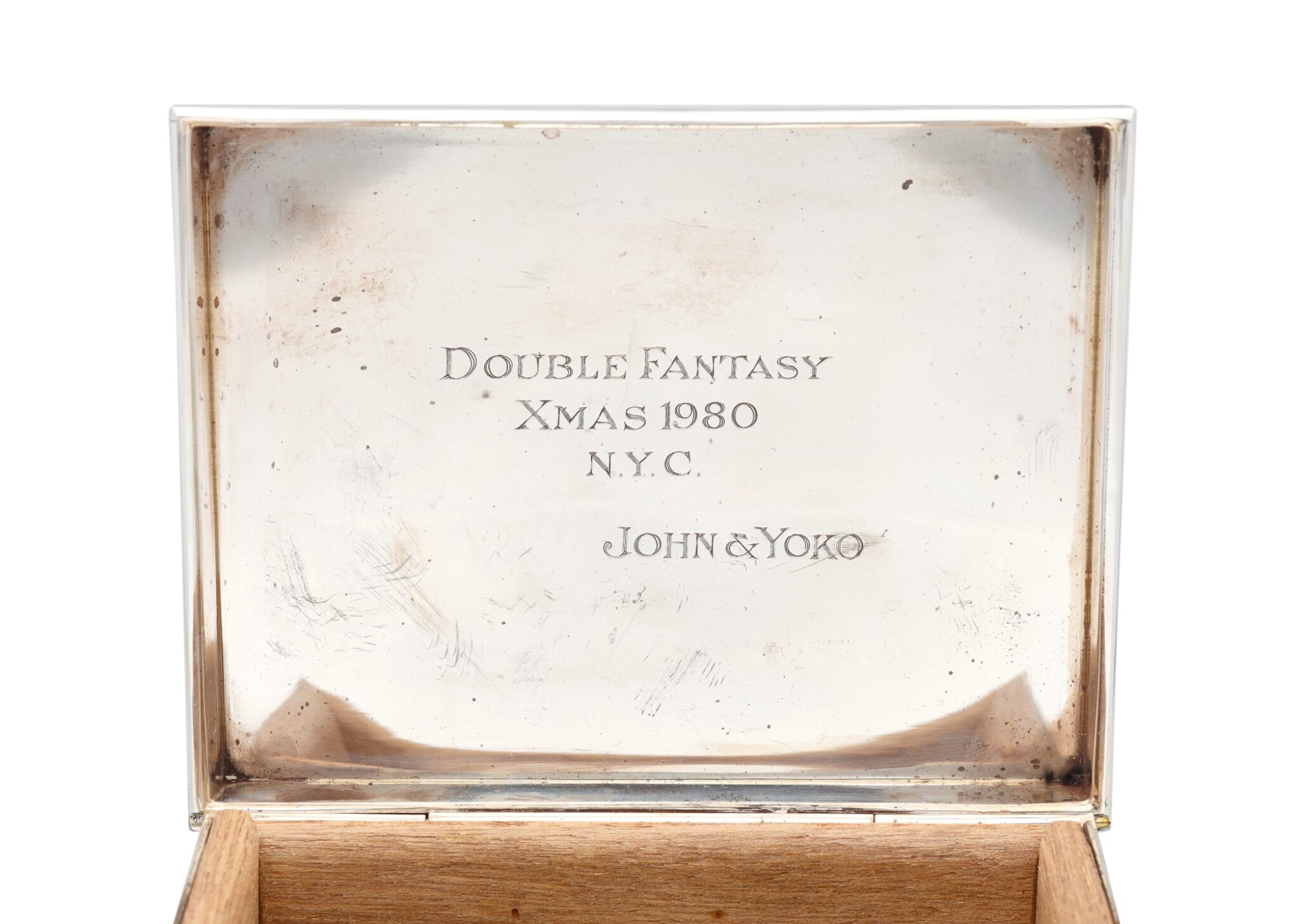 PRESENTED TO DANIEL AND JILL RICHTER. John Lennon commissioned a set of 12 cigarette boxes as Christmas gifts to friends to celebrate the Double Fantasy album. He was killed on 8 December but the boxes were distributed nonetheless, taking on a new significance as a memorial to the dead musician. The American mime artist Daniel Richter and his wife Jill (for whom see also lot 111) were longstanding friends of John and Yoko. They had lived with the couple at Tittenhurst Park for several years, and Daniel Richter had been their official photographer between 1969-73. The two couples remained close after John and Yoko moved to New York.