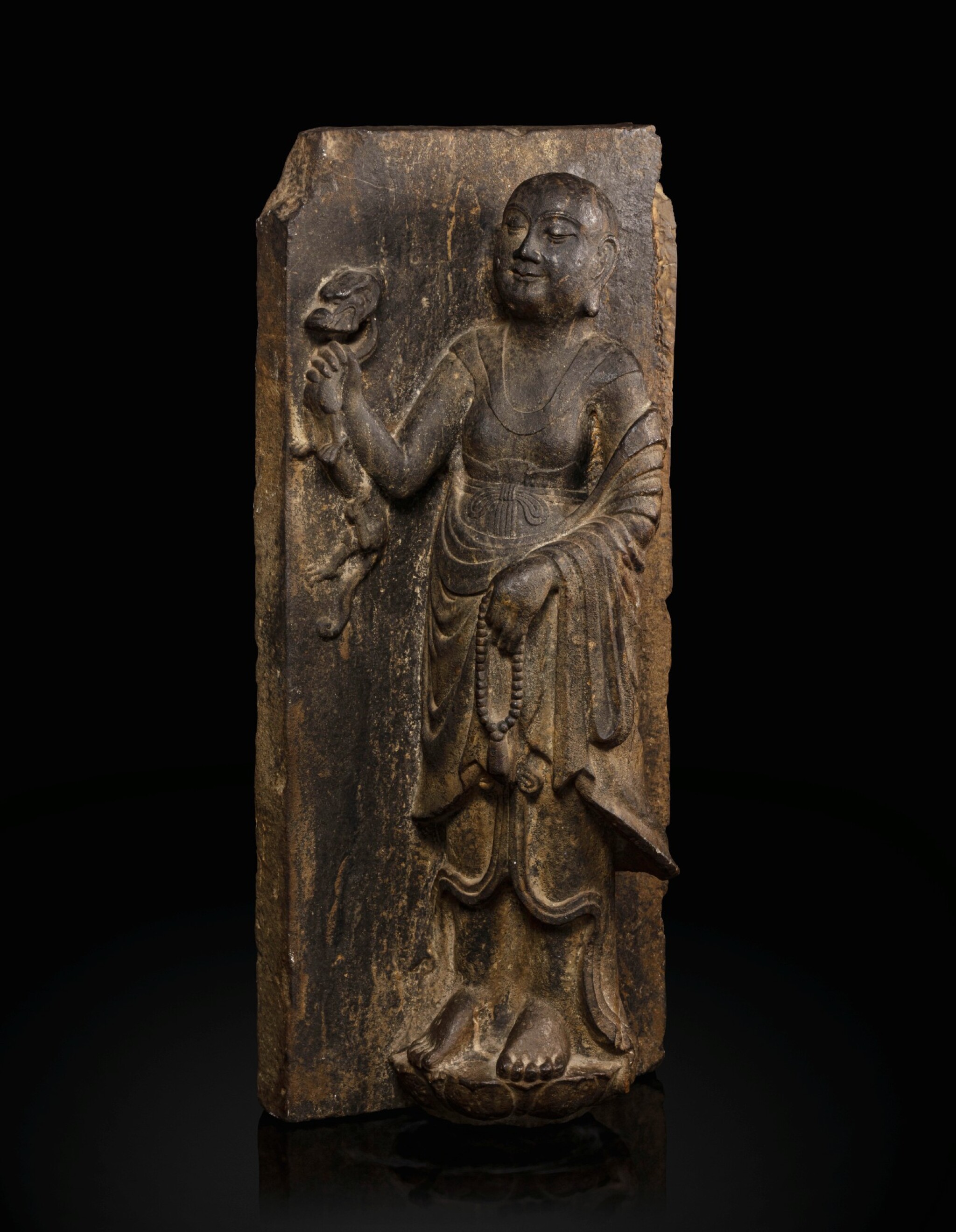 the young monk, possibly Jianglong luohan, depicted in high relief standing on a lotus pedestal, holding a dragon in his right hand, his face with downcast eyes and long pendulous earlobes detailed with a benevolent smile

Small old break and losses to the craving, otherwise in overall good condition.

Acquired in Paris rive gauche antiquarian district during the 1980s (by repute).

This finely carved figure, here depicted with exceptional naturalism holding a dragon, probably represents one of the Eighteen Luohan, considered to be the Elders of Buddhism and students of the historical Buddha Shakyamuni. Especially revered by followers of Chan Buddhism, they became an important part of all schools of thought, including Tiantai, Pure Land and esoteric Buddhism. As hermits who enjoyed nature they equally represented all that was revered by Daoist followers.

It possibly depict Jianlong Luohan [Qinyou] who is known to have tamed a dragon and often depicted either sitting on it or holding it in his grasp as in the present sculpture.

Compare a Song dynasty stone Luohan carved with a dragon on its base, from Zhiluo pagoda in Fuxian near Yan'an, Shaanxi, illustrated in Yan’an Songdai shiku yishu [Art from Song caves in Yan’an], Xi’an, 1983, p. 109.