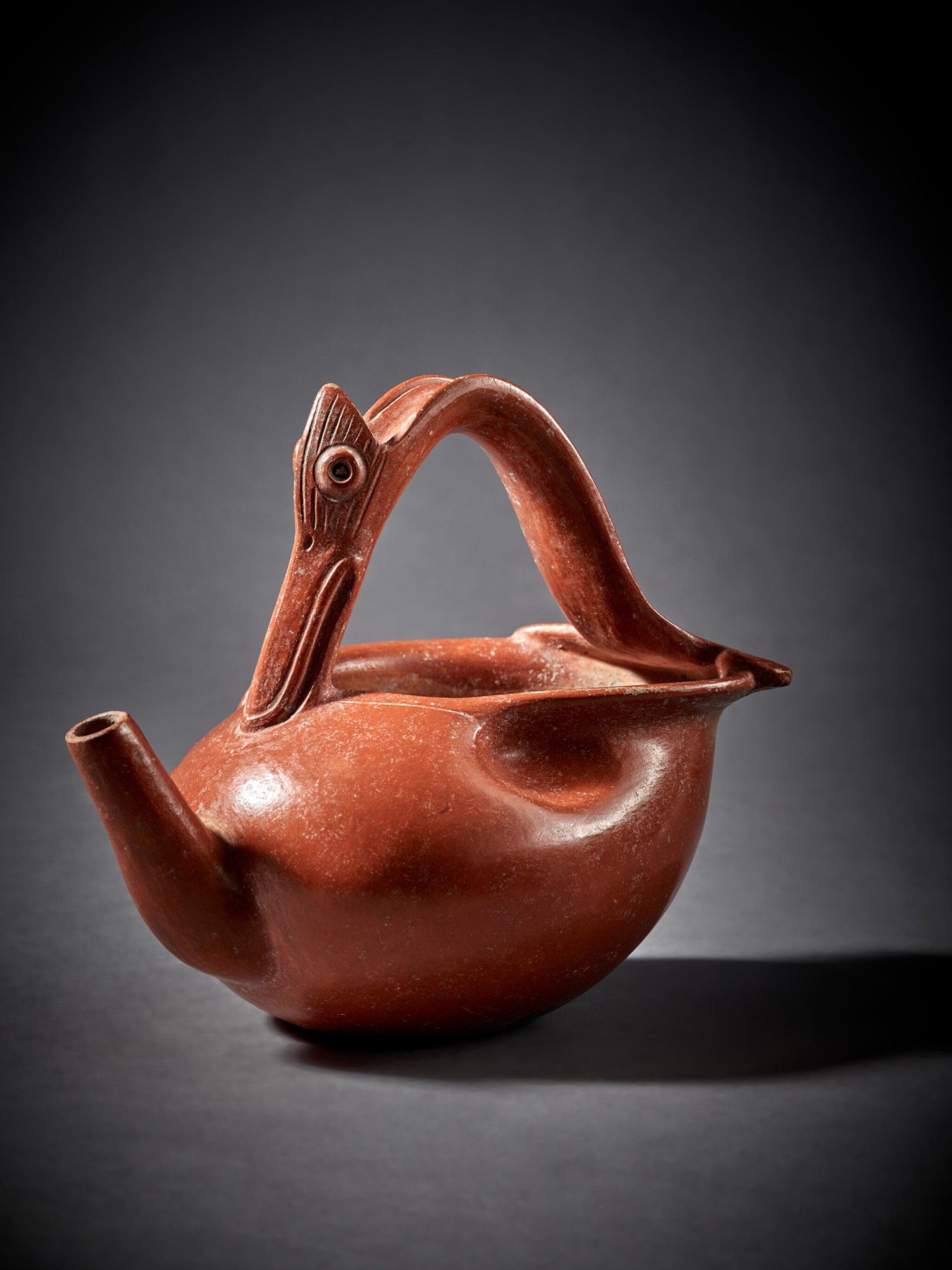 Maya Orangeware Vessel of a Waterbird

This elegant portrayal of a preening water bird is one of the most graceful and well-conceived Maya vessels of an animal in its natural behavior. The rounded body of the avian forms the deep vessel, the walls curve up to the flattened lip of the rim which transitions to a deeply incised scroll on one side of the spout tail plumage. The opposite side of the bowl is deeply indented as if the bird's body accommodates the twisted posture. The bird’s high arched neck serves as the hollowed handle, with the long slender beak nibbling into its back, and the eyes are rimmed with recessed pupils looking brightly forward.

The cormorant waterbird was perhaps the most frequently depicted avian in the corpus of the Early Classic effigy vessels and was also often painted on the polychrome cylinder vessels of the Late Classic era.

“The Maya regarded cormorants as liminal creatures, able to fly, perch on land and hunt fish by swimming deep underwater. These extraordinary abilities reflected the capacity to commune with supernatural being in all three levels of the cosmos, a power also claimed by Maya kings. The cormorant’s association with water also alludes to the fertility and agricultural abundance brought by rainfall, which a ruler needed to ensure his community’s survival. Moreover, aquatic birds indirectly evoked a mythological past, before the creation of the present Maya world, when the cosmos was enveloped in a vast sea. (Richard F. Townsend and Elizabeth Pope, Indian Art of the Americas at the Art Institute of Chicago, Chicago, 2016, p. 198).