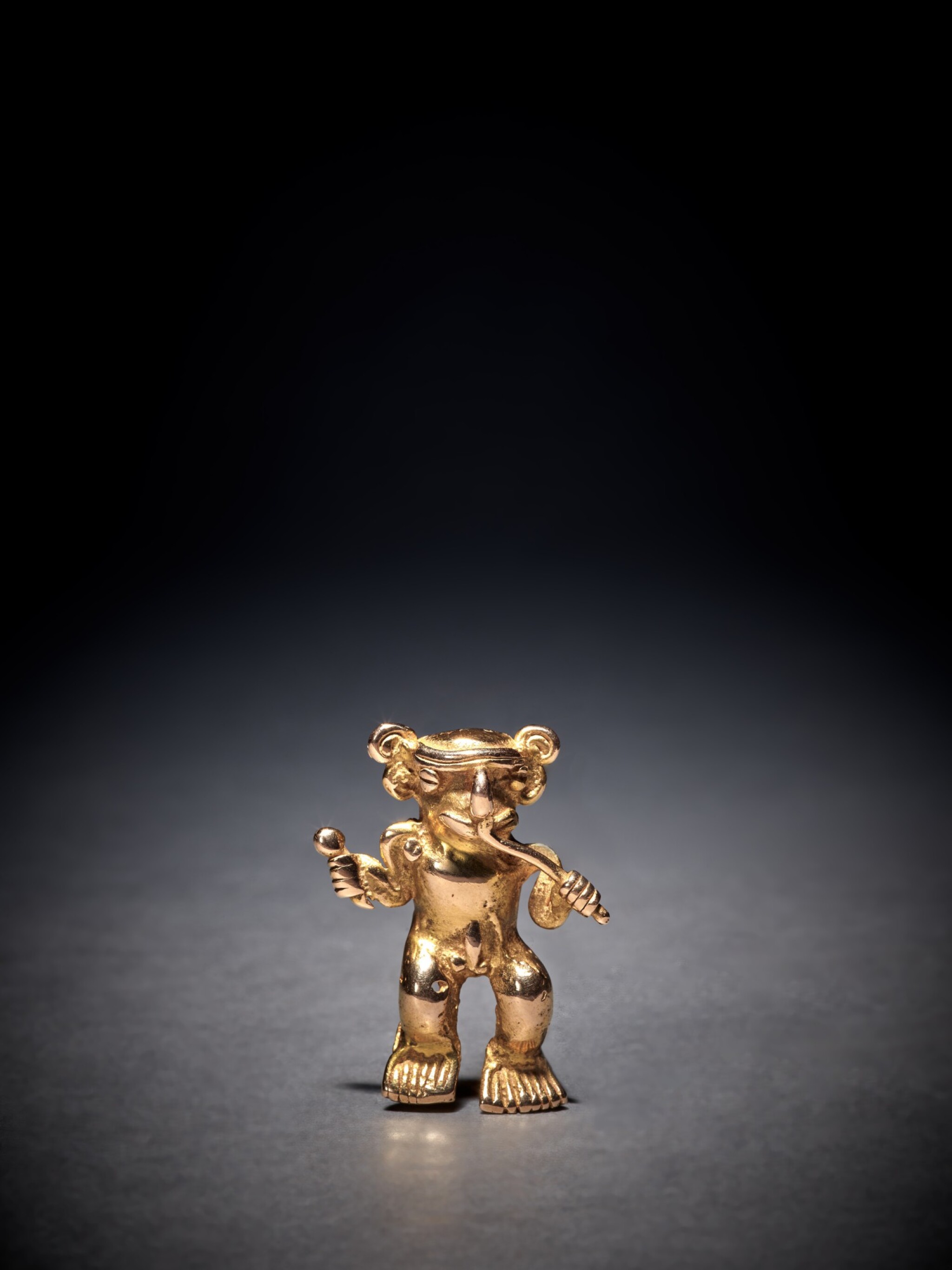 Chiriquí Gold Figure of a Musician

Jan Mitchell, New York, acquired in New York prior to 1970
Thence by descent to the present owners
Julie Jones and Heidi King, The Art of Precolumbian Gold: The Jan Mitchell Collection, New York, 1985, pp. 100-101, cat. no. 8
The Metropolitan Museum of Art, New York, The Art of Precolumbian Gold: The Jan Mitchell Collection, May 9 - August 11, 1985
The lost-wax cast figure holds a globular rattle in the right hand and blows into a flute with the other. The ‘end-blown’ vertical flutes were a distinct variety of wind instruments still used in Panama. As Jones notes, Chiriquí gold figural pendants of musicians with a flute and rattle were found as early as 1858-59. The musician here features the typical coffee-bean eyes widely set on the face, looped nose, large delineated hands and feet, and double-scrolls at the ears. A suspension loop is at the back of the head.